Baidu has launched a fully driverless robotaxi service in Beijing, China that allows users to hail a robotaxi without a safety driving behind the wheel.

The Apollo Go Robotaxi service first launched on May 2 in Beijing’s Shougang Park, an area that will also be used for the 2022 Beijing Winter Olympics.

Those in the local area can use the Apollo Go app and locate a robotaxi in their vicinity. The app will include virtual reality navigation while the vehicle will feature remote car honking, allowing users to easily locate it. To unlock the vehicle, users will simply need to scan a QR code and a health code on the side of the car for identity verification and pandemic prevention purposes.

Once inside, users will press a ‘Start the Journey’ button. The car will then ensure the seat belts are fastened and the doors are shut before setting off. While the vehicles do not have safety drivers behind the wheel, they do feature a 5G Remote Driving Service that allows a remote operator to control them in the event of an emergency.

The robotaxis will initially transport users to sports halls, work areas, coffee shops, and hotels in the Shougang Park and during next year’s Winter Olympics, they will provide transport for athletes and staff.

“Introducing unmanned services is an indispensable stage for the commercialization of autonomous driving,” vice president and general manager of autonomous driving technology at Baidu, Yunpeng Wang said in a statement. “Today, we are opening the fully driverless robotaxi services in Beijing for the public, which we achieved only after conducting countless scalable driverless tests in many cities over a long period of time.” 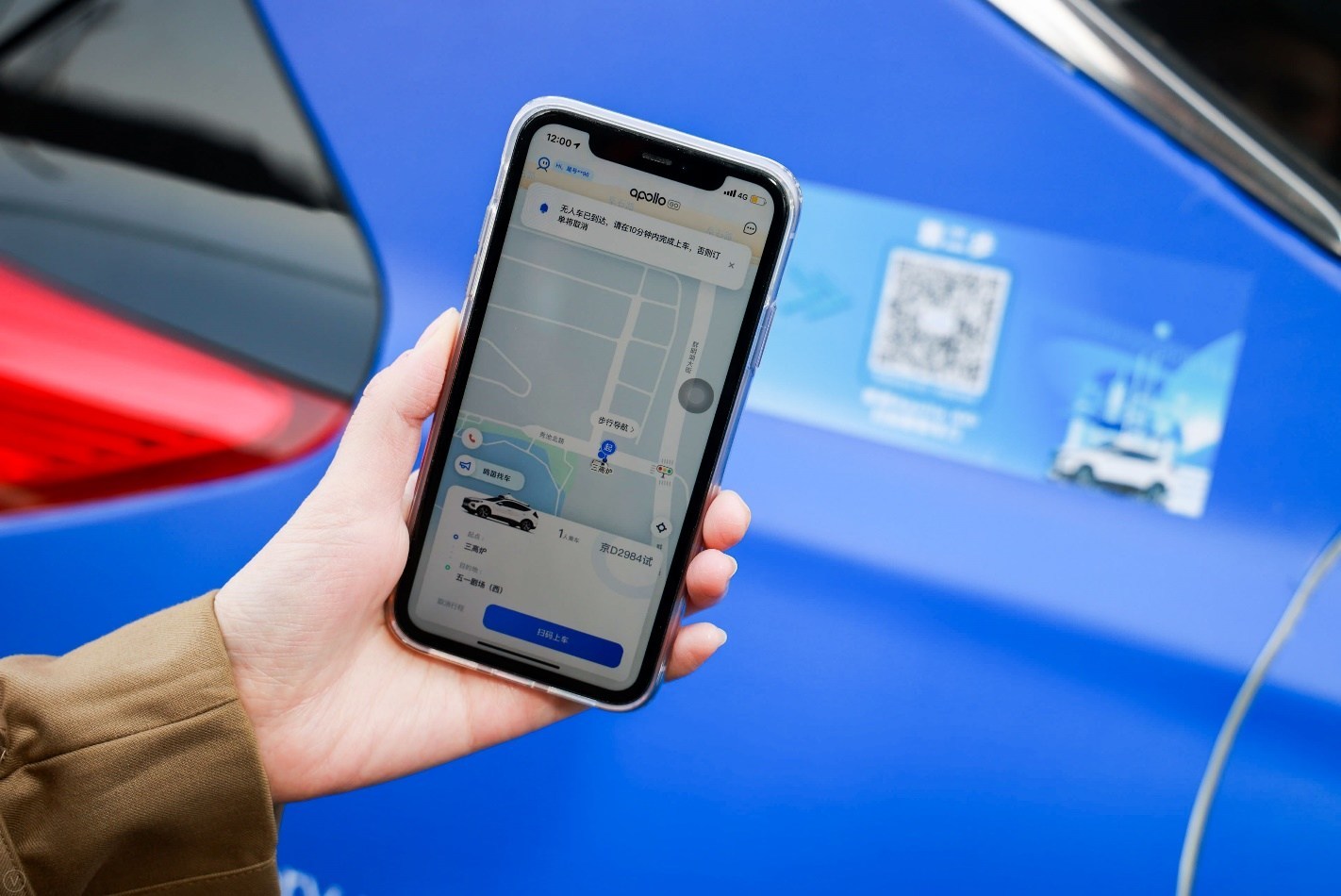