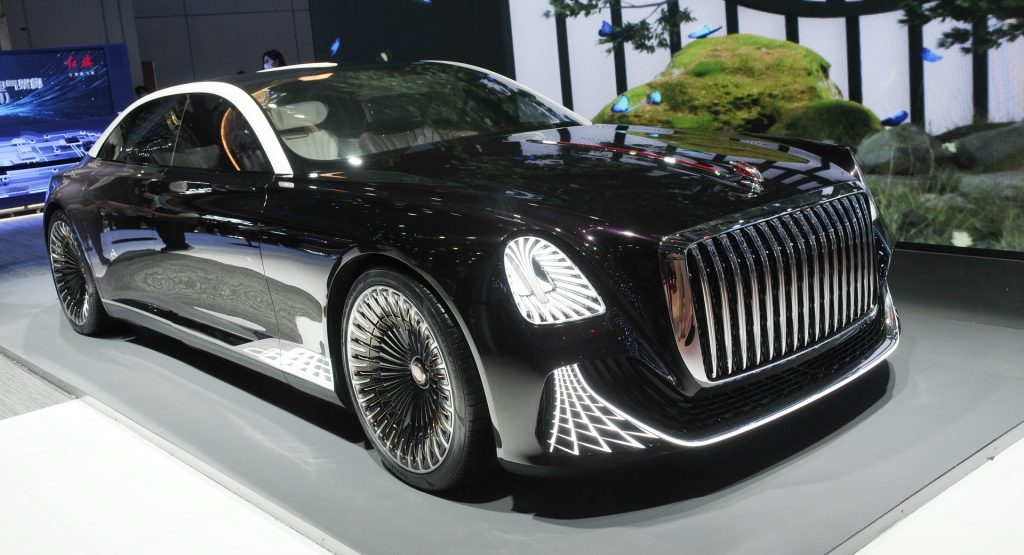 When it comes to Chinese luxury cars, Hongqi is the brand to watch out for and at this year’s Shanghai Auto Show they delivered one of their most striking concepts so far.

This is the Hongqi L-Concept, a muscular full-size four-door sedan with a fastback roofline, rear suicide doors, just three seats, and a face so shiny, you’ll need sunglasses to look at it even at night. 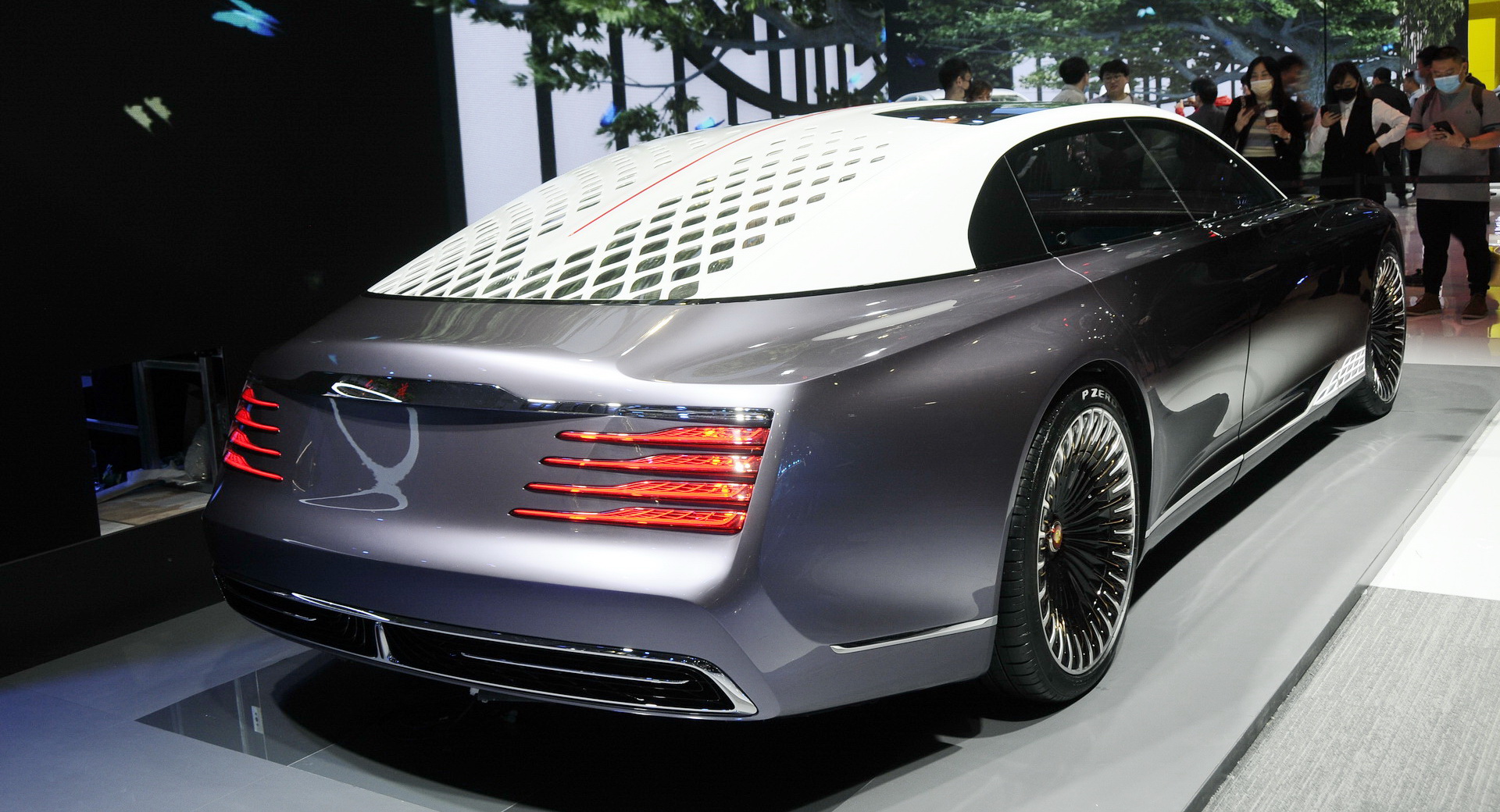 The exterior of the L-Concept can be best described as opulent at best, with the body finished in two-tone paint and the rear featuring an intricate diamond pattern instead of the traditional glass window.

Hongqi opted for an unusual three-seat layout inside the L-Concept, leaving the space occupied usually by the front passenger seat empty, allowing the corresponding rear seat to move more freely towards the front for extra comfort.

The weirdest thing of them all, though, must be the chandelier hanging between the rear passengers which could be Hongqi trying to cram as much bling as possible inside their concept. Wherever you look, you’ll find lots of copper-like trim, crystals, LED strips, and polished veneer, together with dual-tone leather upholstery and thick wool carpets – but a chandelier? Talk about going over-the-top… 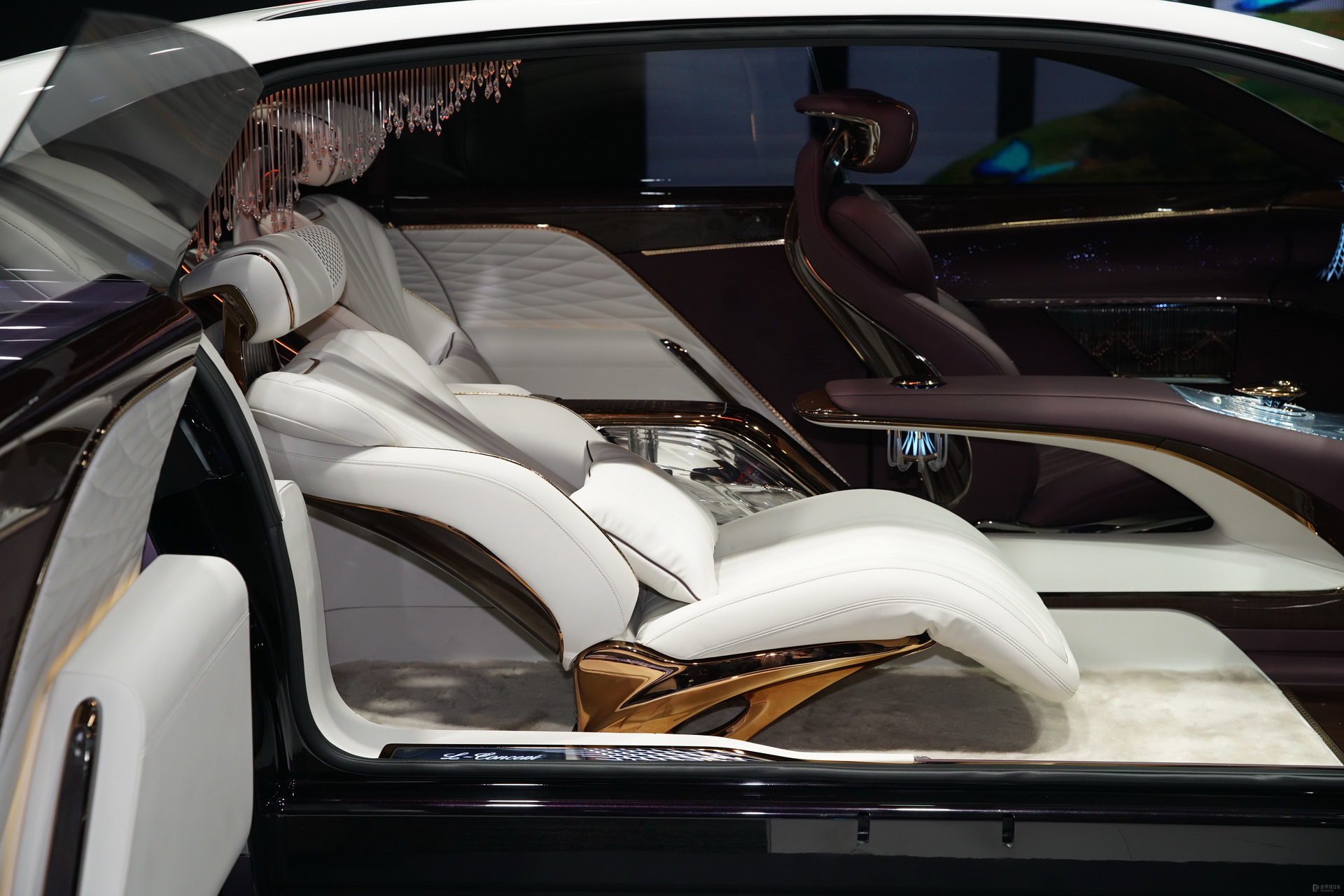 Despite all of those amenities, the one thing missing (apart from the passenger’s seat) in the cabin is a steering wheel. Apparently, the L-Concept is a look into the future of full-autonomous luxury vehicles, with the dash featuring two wide displays across its width under a continuous wood trim.

Technical details about the Hongqi L-Concept are not yet known, but some local outlets report that China’s oldest car brand is going to launch a production version in 2023.