For a Texan chicken farmer, Carroll Shelby was a worldly guy. He raced Italian Ferraris, won the Le Mans 24 Hours in France, and based his legendary Cobra on the British AC Ace sports car. But we don’t think he ever got his hands dirty in China, and despite the stories floating around in the wake of this weekend’s Shanghai Auto Show, we’re pretty sure the same still stands for the company that bears his name.

The confusion comes from the release of a jacked-up, striped truck from Great Wall Motor. Based on the company’s Cannon/Pao pickup truck, the Baja Snake edition gets an air snorkel, lift-kit, rugged fender flares and an aggressive mesh grille that makes it look like the Snake is scowling at you – or maybe just wearing grizzly, gravel-voiced 1980s actor, Sam Elliot’s moustache.

Twin racing stripes run from front to rear and the words “Baja Snake” are emblazoned along the front doors, while wings extending upwards from the pickup bed behind the cab give the truck a sportier profile, and hint at performance it doesn’t have. 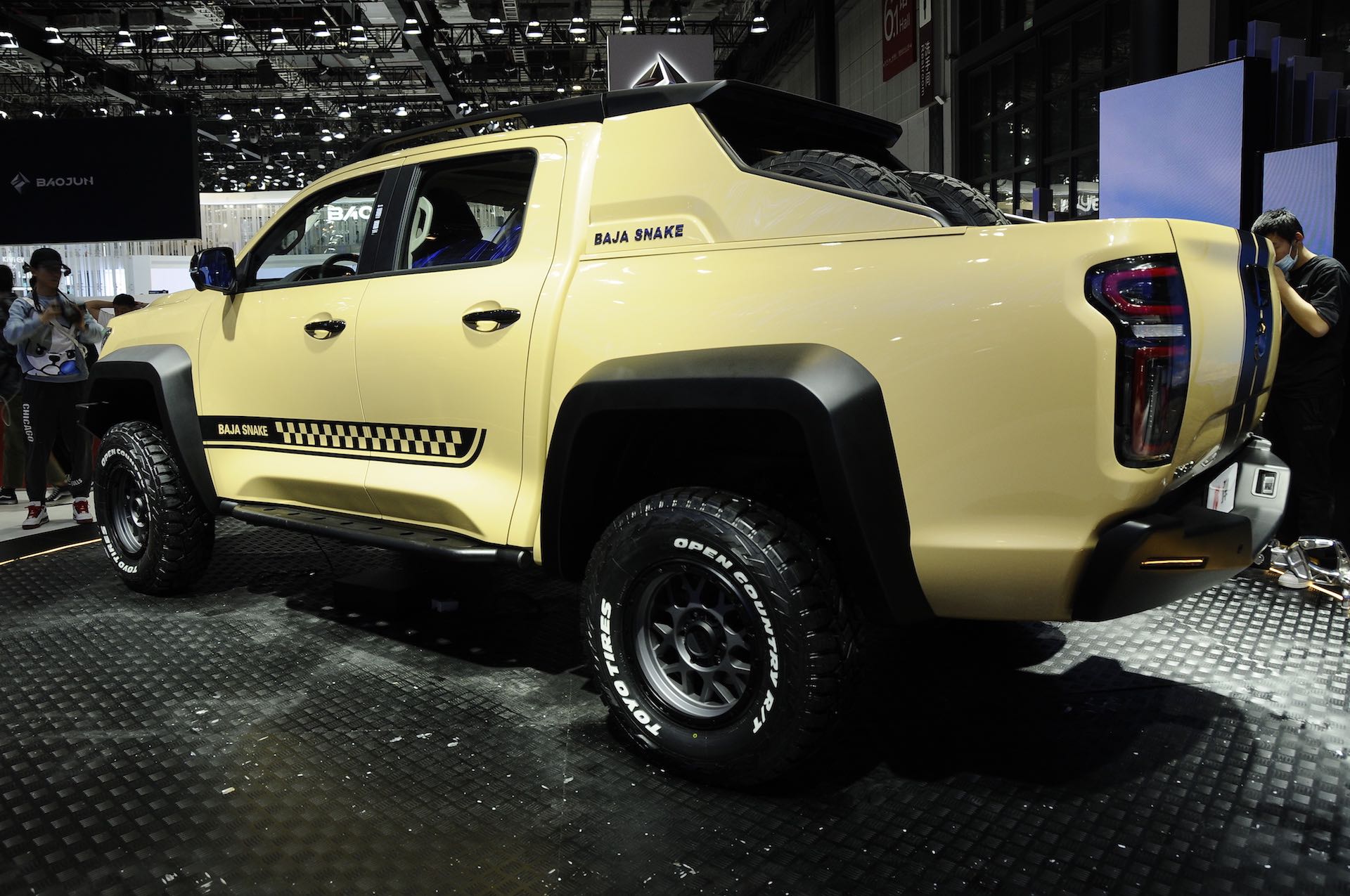 That’s because all you have to work with under the hood is 190 hp courtesy of a 2.0-liter inline four mated to an eight-speed automatic transmission. But you do get nitrogen-filled Fox Racing shocks, 14 levels of damping assistance, 2-inches of extra ground clearance and some knobbly Toyo tires. Inside the cabin there are smatterings of Alcantara, but zero Shelby logos.

The Shelby connection appears to have originated in a tweet put out by automotive  journalist Greg Kable, but it looks like someone might have got their wires crossed.

Great Wall Motors has teamed up with Shelby on a hot version of its Cannon pick-up. Dubbed Baja Snake, the heavily reworked truck, depicted here in early drawings, is set to debut at the 2021 Shanghai motor show. Standard Cannon pictured …@GWMGlobal @ShelbyAmCollect pic.twitter.com/bp2FezxDnz

As far as we can tell, the Baja Snake is merely inspired by Shelby and the Shelby Raptor, and that’s a far as the connection goes. We’ve reached out to Shelby for clarification and will let you know as soon as we hear back.

Check out all our latest stories from the Shanghai Auto Show at our dedicated hub here.