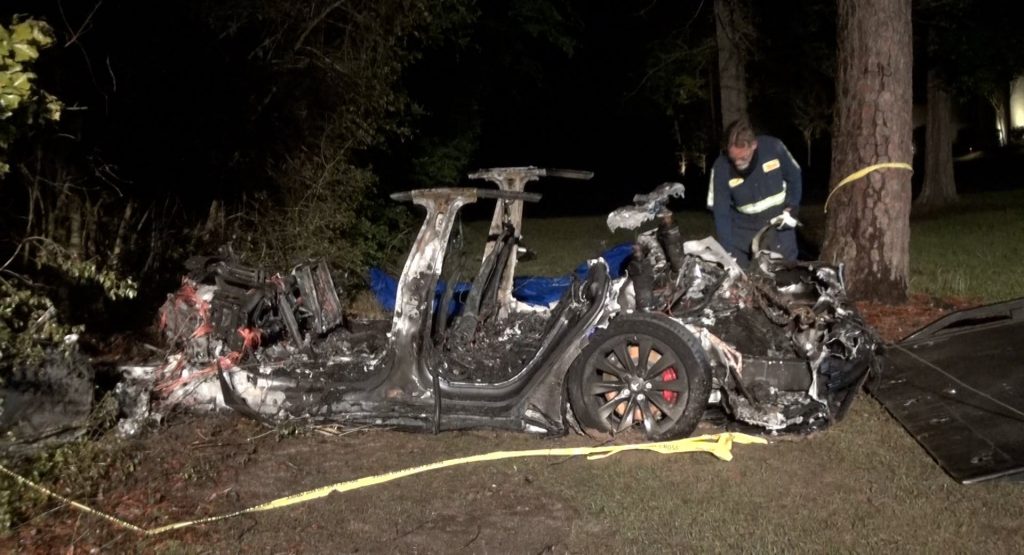 Two individuals have been killed in a crash involving a Tesla Model S and according to authorities, no one was in the driver’s seat at the time of the crash.

The crash occurred in the Carlton Woods subdivision near The Woodlands in Houston, Texas at 11:25 p.m. on April 17. The electric sedan immediately burst into flames on impact.

Constable Mark Herman from the Harris County Precinct found bodies in the front passenger seat of the car and the rear, but no one in the driver’s seat.

“[Investigators] are 100-percent certain that no one was in the driver seat driving that vehicle at the time of impact,” Harris County Precinct 4 Constable Mark Herman said. “They are positive.” #KHOU11 https://t.co/q57qfIXT4f pic.twitter.com/eQMwpSMLt2

Speaking with KPRC 2, the brother-in-law of one of the men killed in the crash said he was taking the vehicle for a spin with his best friend and that they were the only two in the vehicle. The car crashed just a few hundred yards down the road with the owner in the back seat, indicating that he was showing off the vehicle’s Autopilot semi-autonomous driving system. Constables added that the Model S was traveling at a high rate of speed when it ran off the road and slammed into a tree.

Both passengers were pronounced dead at the scene.

Fire crews had great difficulty extinguishing the inferno. In fact, it took them more than 4 hours and over 30,000 gallons of water to put out the fire. Authorities will perform autopsies on both individuals killed.

Tesla has not commented on the crash but it comes just as the company begins to expand its beta version of the ‘Full Self-Driving’ system.

Two men killed after Tesla that may have been in autonomous driving or self driving mode didn’t adhere to a curve, slammed into a tree then burst into flames in the Woodlands, officials say. Firefighters say they had to call Tesla to figure out how to oust the blaze. @KPRC2 pic.twitter.com/nmhDxKeTHT