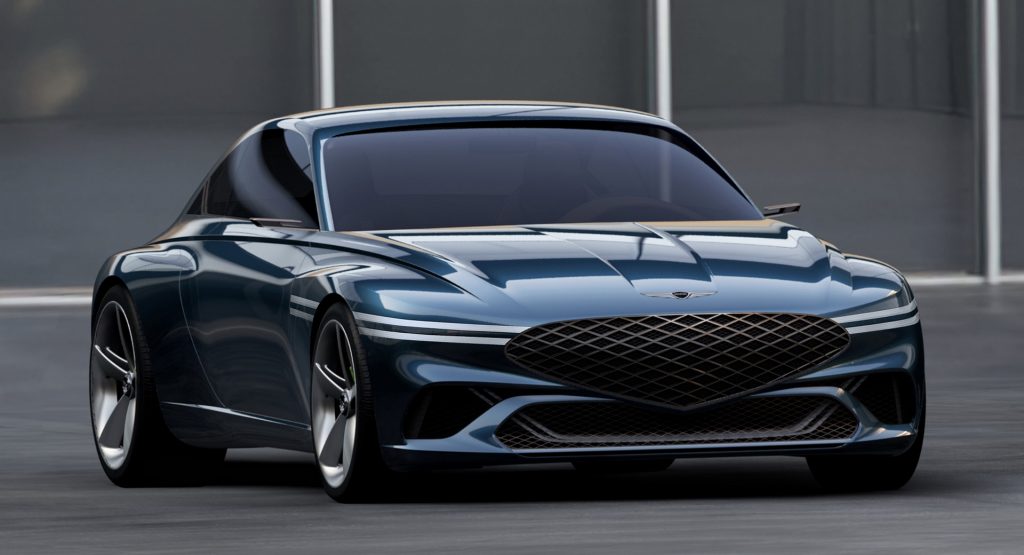 Asking on Twitter whether or not people would put down a $1,000 deposit on the Genesis X, it seems that the public’s reaction to the concept has been strong enough to lead Genesis USA to wonder if they should put it into production.

The all-electric coupe was intended as a concept only when it was unveiled on March 30. At the time, a Genesis spokesperson told us: “For now, this is purely a design statement.”

They did however leave the door open for more, adding: “I would tell you to let your imagination run wild; Genesis is a young brand with a growing product lineup and potential for many more exciting model lines.”

Indeed, public reaction to the Genesis X has been very positive. I called it strikingly handsome and our own Brad Anderson called it gorgeous. Our commenters were fans of the design, too.

If you would reserve the Genesis X with a $1,000 deposit, leave us a comment. Our President & CEO Mark Del Rosso wants to know. #JustAsking #GenesisXConcept

“Absolutely gorgeous,” wrote commenter gich, while HURACAN wrote, “Genesis is on a role.” Marshall, another reader, wrote “Just a reminder of how a concept should look.” Indeed, the brand will hope that commenter PK was right when he wrote “If this concept truly makes it way to a production[sic]. Genesis will have a bright future ahead of them!!!!”

Although many design details have been revealed, no drivetrain details were confirmed. We can assume, though, that a production version would be based on Hyundai’s E-GMP platform which is targeting 310 miles of range and up to 600 hp, according to the automaker.

Genesis’ use of the #JustAsking hashtag suggests that this is far from a sure thing, but it is at least encouraging to see that the public is excited enough by a two-door coupe to make an automaker seriously think about pouring the resources into making one.