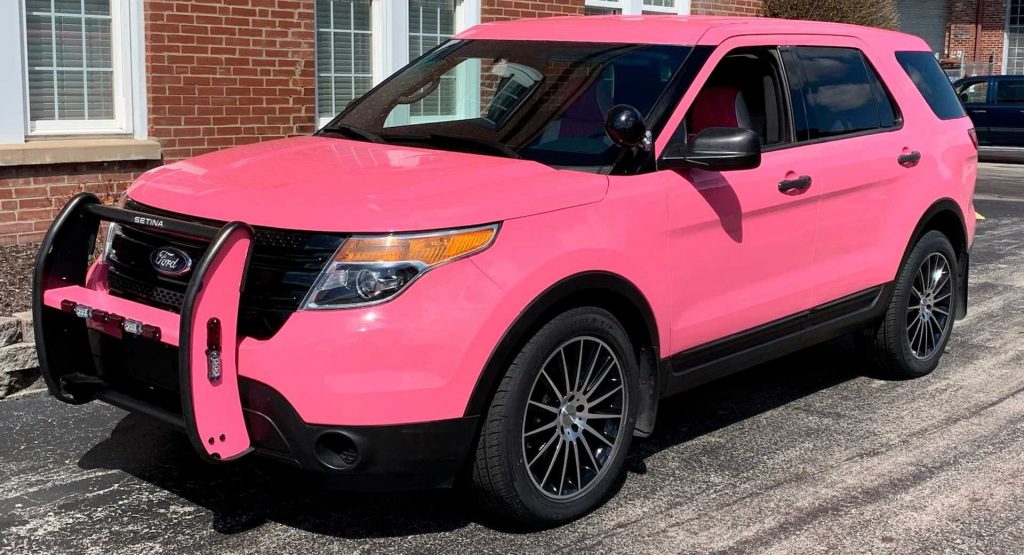 A hot pink Ford Explorer fit for a Paris Hilton wannabee will be offered up for sale from Mecum Auctions later this week.

To say this Explorer is ‘unique’ would be an understatement. Most notable is the hot pink finish that has been painted on, meaning that this isn’t an aftermarket wrap that the new owner could easily remove. We have no idea what could motivate someone to take a perfectly fine Explorer and paint it in this way but if the owner wanted to attract attention, they’ve certainly achieved that.

The paint isn’t the only unique thing about this Explorer. As you’ll notice, the front end is rocking a large push bar just like an official Explorer police vehicle. The SUV also rocks a spotlight on the A-pillar and even has a Police Interceptor badge on the tailgate. If this is indeed a former police vehicle, we can only imagine what the officers that once drove the Explorer would think of it in its current state. The aftermarket 20-inch wheels only add insult to injury. 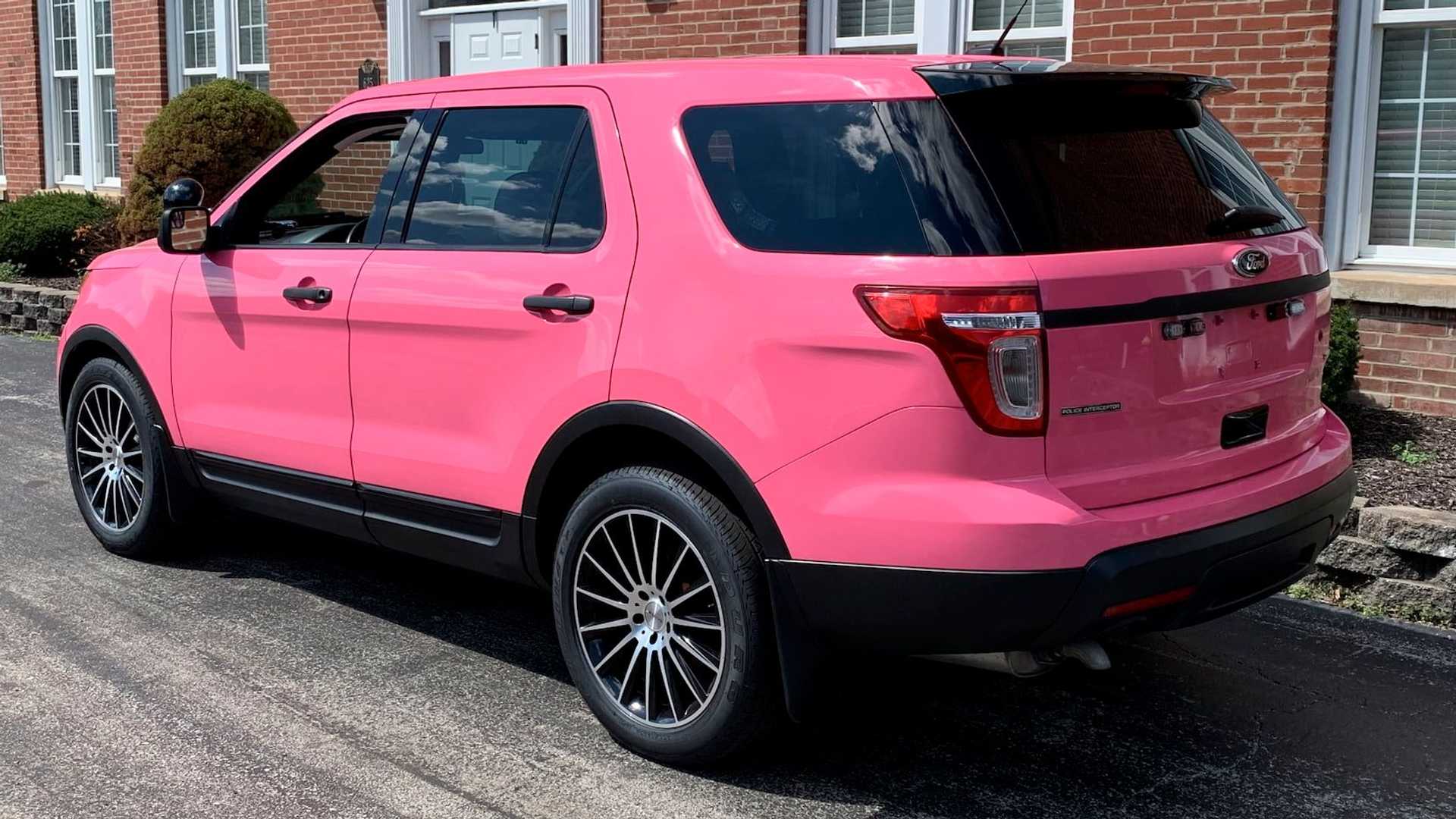 Just when you thought things couldn’t get any worse, they do, as the interior has also been overhauled. In fact, hot pink leather has been applied across the seats and door panels while pink carpets make the cabin all the more eye-catching. The seats also include areas of white leather and hot pink piping.