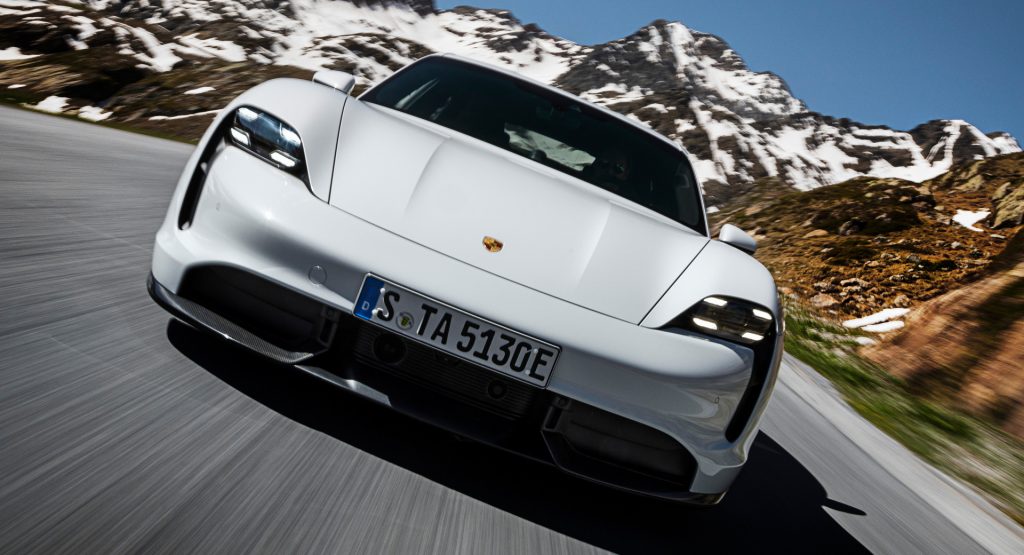 A team of journalists has just set a new record for driving across the US. The team took a Porsche Taycan from New York to California in 44:25:59.

The lead driver, Kyle Conner, is the same one who set the previous record, in a Tesla Model 3 Long Range. Together with Drew Peterson and Tijmen Schreur, the team ran the Taycan across the country at an average speed of 64 mph.

The record isn’t just impressive for out and out speed, though. One of the major advantages that Tesla still has in these sorts of records is its charging network. Having had longer to establish its network, drivers have more options when it comes to charging locations.

Porsche’s network, though, set up by Electrify America, is apparently good enough to get a car across the country. The Taycan’s mapping software, too, might have been good enough were it not for a bug.

That bug, strangely, decided that the Taycan was in Ohio, regardless of its actual location. That made it difficult to find chargers, so the team was forced to break out the folding maps (by which, of course, I mean phones) and find their own way.

The map glitch created other issues, though. One of the reasons the Taycan can be charged from 5 to 80% battery in just 22.5 minutes is because of its preconditioners. These warm the batteries as the car approaches a charging station to get it ready to charge as fast as possible immediately.

It’s also worth noting that charging doesn’t all happen at the same speed. Charging a battery gets hard the fuller it gets. As a result, charging a battery from 90 to 100% would take longer than charging one from 20-30%.

Trying to calculate how long you should be charging for between stops, then, becomes a delicate balancing act. You have to measure range anxiety against timing anxiety.

But the crew seems to have figured it all out, getting the Taycan, with its lower range and smaller charging network across the US about an hour faster than the Model 3 that came before it, arriving at the destination on the evening of New Years Day.

Not a bad way to ring in the New Year.