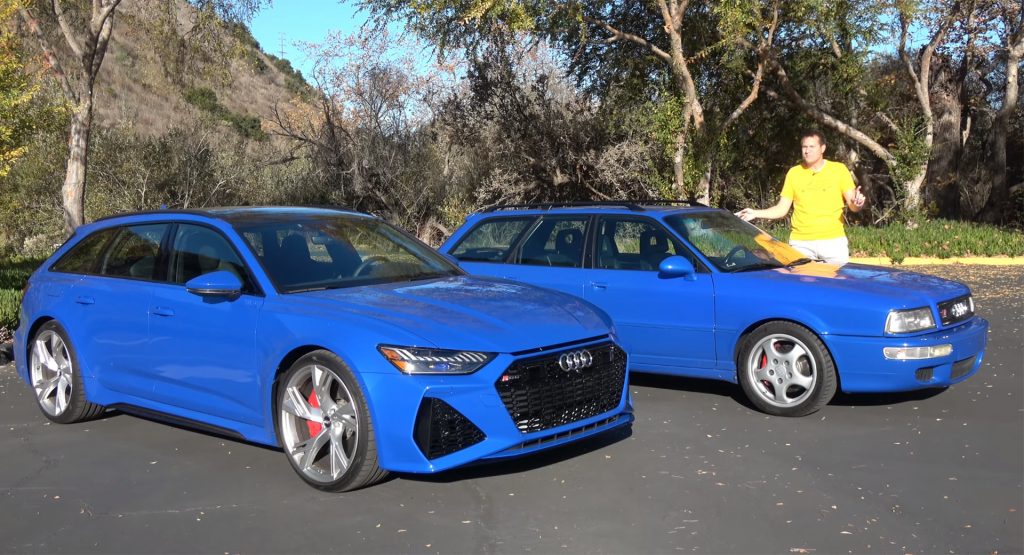 Not long ago, Doug DeMuro picked up the keys to an awesome Audi RS2 and he has now had the opportunity to compare it to the limited-edition RS6 RS Tribute Edition.

Audi took off the covers to the RS Tribute Edition in September and will produce just 25 units for the U.S. market. It is painted in the exact same shade of Nogaro Blue featured by the RS2 and is a real eye-catcher.

As you would imagine, there is quite a lot separating the original fast Audi wagon from the latest RS6. Most notable is the size. While the RS4 Avant is the one that should be considered a direct successor to the RS2 and not the RS6, it’s hard not to be taken aback by the size of the new car when compared with the old one. The RS6 a full 17 inches longer than the RS2, and its 16.5-inch front brake discs are almost as large as the 17-inch wheels of the RS2.

The interiors of the two cars are also vastly different. Not only is the cabin of the RS6 much larger, but it is also loaded with far more technologies and also has more premium materials.