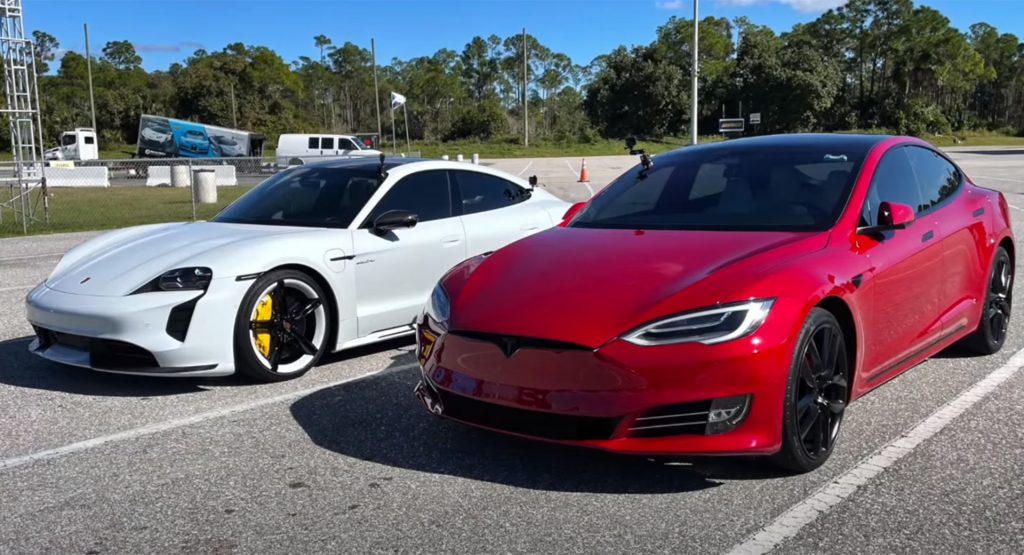 Next year, the Tesla Model S ‘Plaid’ will start to reach the hands of customers but for now, it is the Porsche Taycan Turbo S that’s proven itself to be the most accelerative electric sedan currently on sale.

In what is the most comprehensive test between the flagship Model S Performance and the Taycan Turbo S to date, DragTimes headed out to the quarter-mile to put the duo through their paces. The results were close but it was the Porsche that claimed victory.

Read Also: Porsche’s Taycan Is Too Small For Dwayne ‘The Rock’ Johnson

To ensure the two were evenly matched, both were brought to the drag strip on trucks and each had 100 per cent charge before the first race.

According to the YouTuber, the Porsche recorded a best 0-60 mph (96 km/h) time of 2.35 seconds while the Model S Performance recorded a best time of 2.34 seconds. However, thanks to the two-speed transmission of the Taycan Turbo S, it proves to be too much as the speeds increased. The Porsche is also said to have performed more consistently throughout the day of filming.