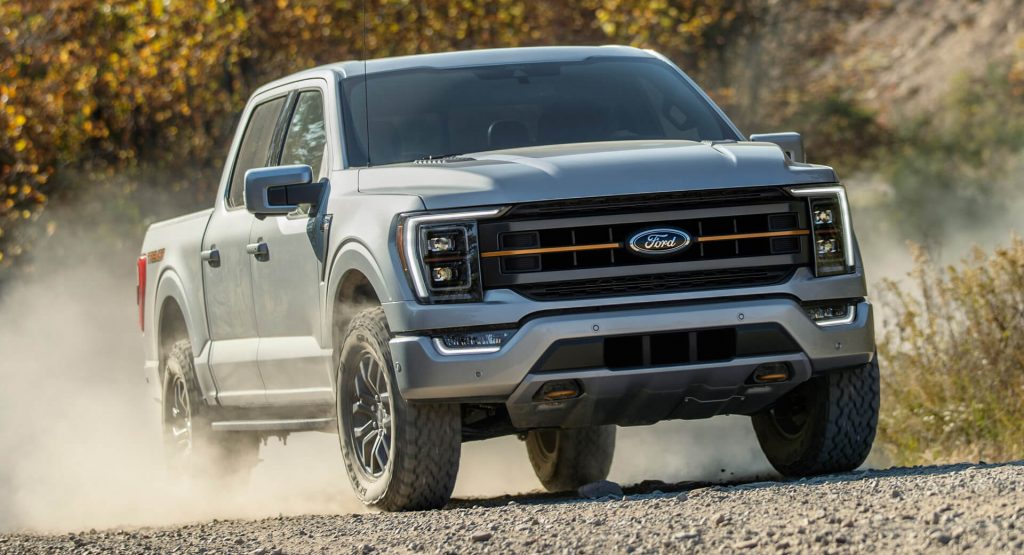 If you feel like the F-150 FX4 is too soft and the Raptor too aggressive, then Ford has a solution. It’s called the F-150 Tremor and it has just been unveiled with enhanced looks and mechanicals that make you feel at home off the beaten path.

On the styling front, the truck boasts a unique grille, with a blacked-out oval badge and signature orange accents, which can also be found on the two recovery hooks, front and rear fenders and ‘Tremor’ tailgate logo.

The Raptor-inspired running boards, mounted close to the body, dual exhaust pipes and matte 18-inch wheels, shod in 33-inch General Grabber all-terrain tires, round out the updates on the outside.

In the cabin, users will find a unique seat trim with special stitching, as well as the same Active Orange accents as the ones on the outside, updated materials and finishes for the center console, instrument panel and door cards, and that’s about it. Elsewhere, the new F-150 Tremor features the usual equipment, including the six-position auxiliary power switch pack mounted in the overhead console that can be used for off-road winches and air compressors. Several lighting options are available across the range.

Watch: The 2021 Ford F-150 Is Chock Full With Quirks And Features, Including A Foldable Gear Lever

Using the same high-strength steel frame and aluminum alloy body as a regular variant, the F-150 Tremor comes in a SuperCrew body style, with a 5.5-foot box and the 3.5-liter EcoBoost V6 engine, mated to a 10-speed automatic transmission and standard four-wheel drive. It’s available in the standard, mid and high equipment levels, and all of them feature revised suspension hardware that improves off-road capability.

According to Ford, the front and rear springs have been retuned for added ground clearance and more grip. The front hub knuckles and upper control arms have also been revised, while the front monotube shocks and rear twin tube shocks are set up for softer damping at low speeds, with additional damping and control for more hardcore off-roading. 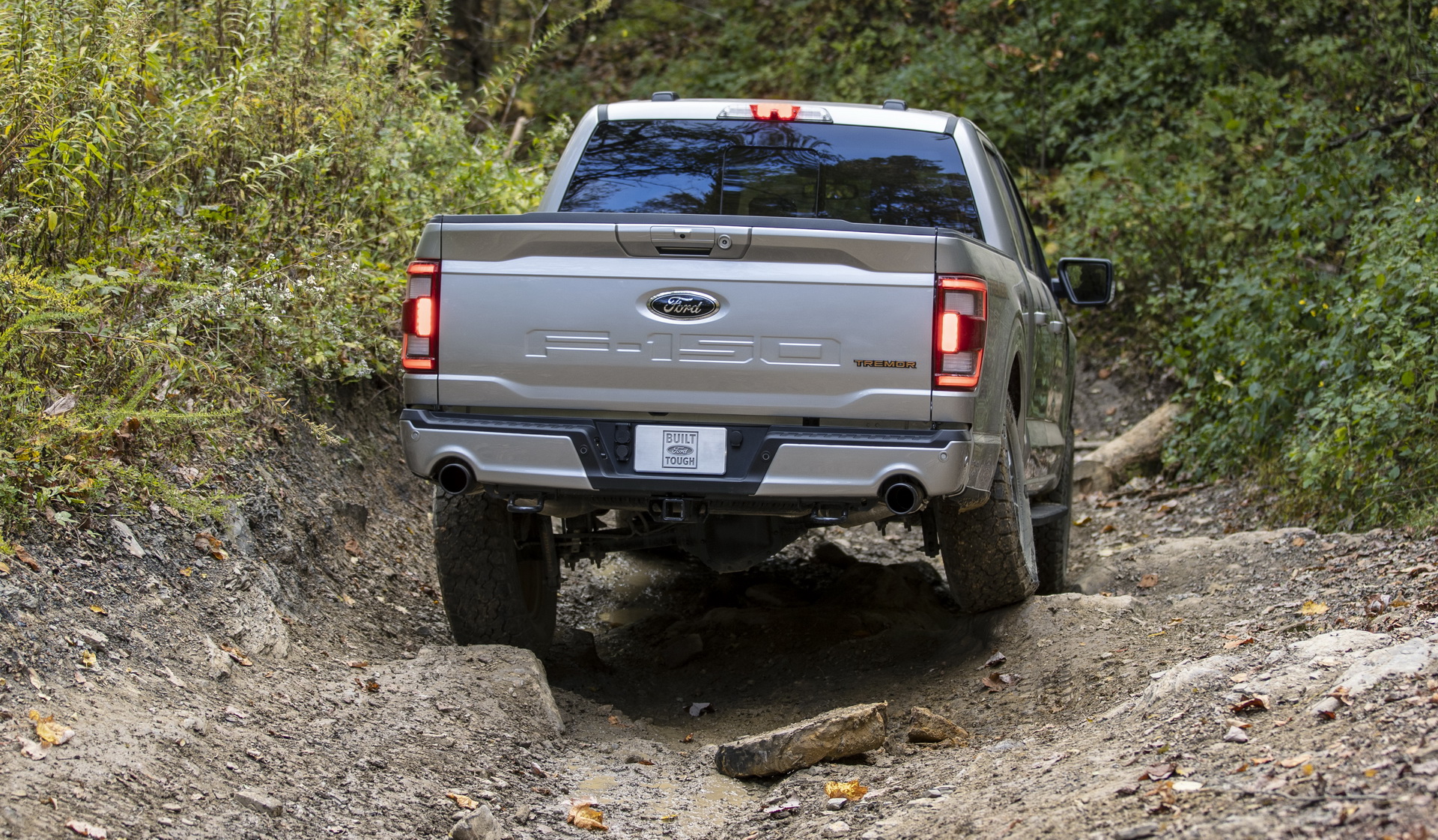 The F-150 Tremor has approach and departure angles of 27.6 and 24.3 degrees respectively, a 21.2-degree breakover angle and 1-inch front and 1.5-inch rear additional suspension travel.

The standard locking rear differential and front differential can be upgraded to a Torsen limited-slip front across the lineup. The Tremor series gets a torque-on-demand transfer case similar to the one in the F-150 Raptor. The model has a tow rating of up to 10,900 lbs (4,944 kg) and a maximum payload of 1,885 lbs (855 kg).

In addition to the Normal, Sport, Tow/Haul, Eco, Slippery and Deep Snow/Sand and Rud/Mud modes, the Tremor has a Rock Crawl driving mode too. Driving on arduous terrains is easier with the optional 360-degree camera package, trail one-pedal drive and trail control, which works like cruise control for off-road use.

Ford will officially launch the new F-150 Tremor next summer.