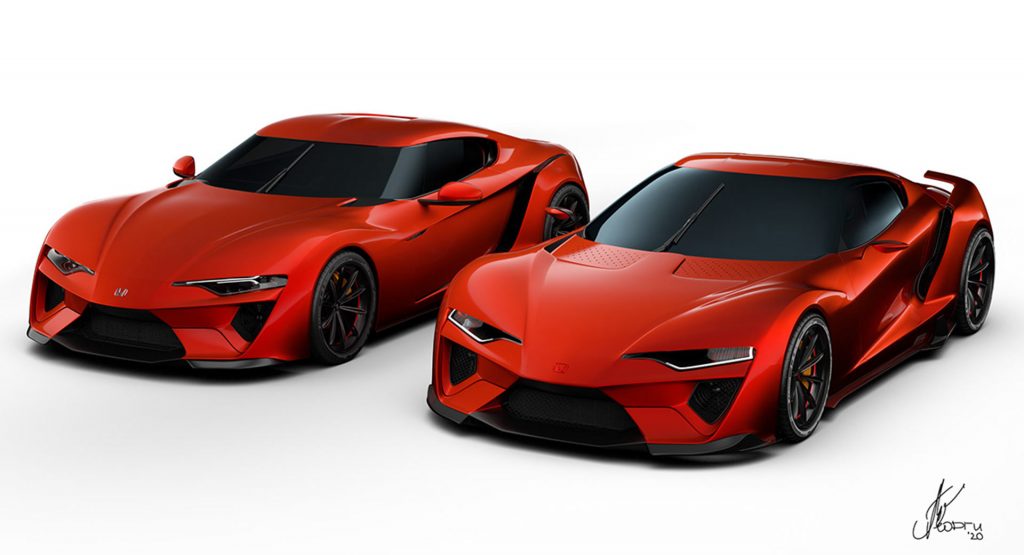 While Honda has got some of its mojo back in recent years with the launch of the new NSX and the latest Civic Type R, we think it could benefit from having more performance cars in its lineup. These two, dubbed the Honda Sparrow Coupe Concept and Prelude Vision Concept, could do the trick.

Created by Georgi Bozhkov, they were designed with the intention of rivaling the likes of the Toyota Supra and Nissan GT-R. They share many similarities, but they also have a host of differences, hence the unique names.

Watch Also: Chris Harris Thinks The Honda E Is A Great EV, But Would He Buy One? 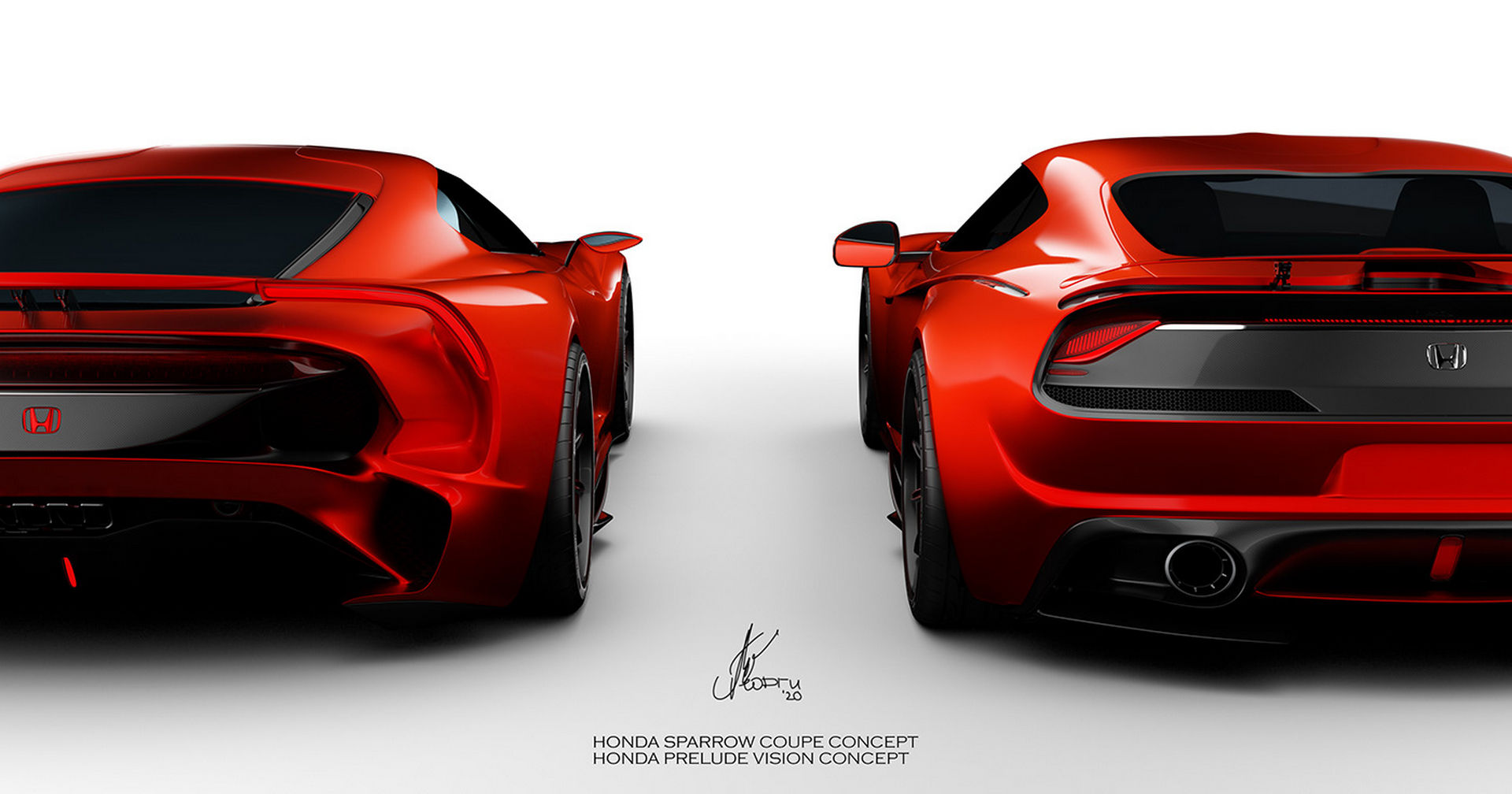 The Honda Prelude Vision Concept is perhaps the more striking of the two and sports an aggressive front end with striking headlights, large air intakes, a sharp front splitter and a menacing grille.

Elsewhere, this futuristic Honda concept has a low-slung body and a rear end with curved LED taillights that sit within two large aerodynamic fins as well as a hydraulic rear wing.

As for the Honda Sparrow Coupe concept, it is a little more restrained than the Prelude Vision Concept but does feature largely the same front fascia. Changes are particularly obvious in the more traditional sides, as well as the simplified rear fascia with small taillights and an LED light bar, two circular tailpipes and a subtle color-matched diffuser.

Note: These are independent design studies by Georgi Bozhkov and are not related to or endorsed by Honda.