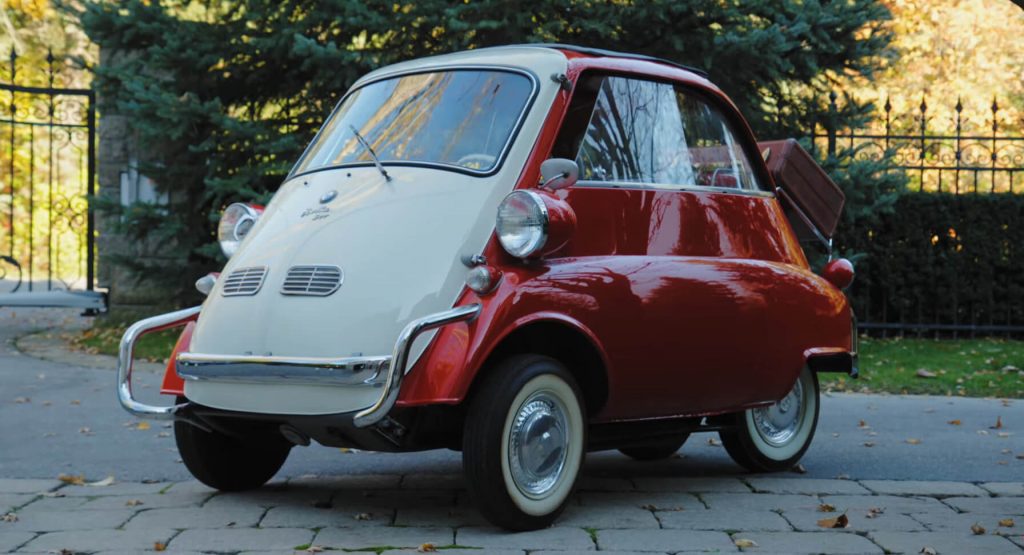 Nowadays, BMWs are comfortable, premium and filled with all sorts of amenities. But that wasn’t always the case, because the journey that has turned it into a successful company was arduous and built on some models that wouldn’t even be considered in today’s game, such as the Isetta.

Made under license in several countries, the bubble car was supposed to be cheap and easy to run. The word safety was not yet known to car makers when it came out in the 1950s, and the only things inside are the steering wheel, gearshift lever, pedals and a couple of switches to operate the windscreen wiper, lights and heater.

Those tiny kidney grilles are not fake, as some might assume. And they don’t cool the engine either, simply because it rests at the back.

Unsurprisingly for a tiny vehicle made almost seven decades ago, the Isetta packed a very small engine, with the Isetta 300 depicted in the video below featuring a 300 cc single-cylinder motor producing 13 horsepower. There is no 0-60 mph (0-96 km/h) time because… well, it cannot go that fast, and the maximum recommended cruising speed is, apparently, 46 mph (74 km/h) in fourth gear.

So, how does the world look like from inside the Isetta in 2020? Quite fun, for the most part, and slow, but you can find out all about that in the review that follows.