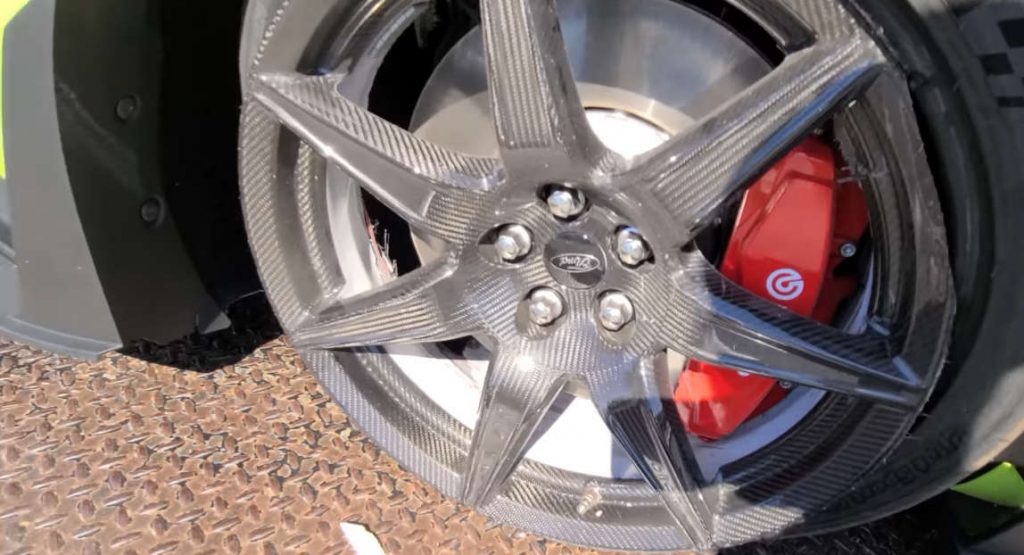 The owner of a Ford Mustang Shelby GT500 recently discovered that carbon fiber wheel might be light and strong, but not indestructible.

Carbon fiber wheels have become increasingly common among high performance cars in recent years and are offered as an $18,500 option for the Shelby GT500. Not only do they look cool but they dramatically reduce unsprung mass and have a considerable impact on handling, something that’s particularly important for those who use their cars on track.

However, this clip from Speed Phenom reveals that carbon fiber wheels are not impervious to damage. While it is unclear exactly what caused the wheel to fail, the YouTuber believes the car hit something at speed with its left front wheel that immediately cracked the inner portion of the rim. While the spokes largely escaped damage, the wheel is completely destroyed and will have to be replaced.

The wheels of the Shelby GT500 are produced by Australian company Carbon Revolution.

Despite all the benefits provided by carbon fiber wheels, they do have their downsides when compared to normal alloy rims. For example, if you hit a particularly big pothole with alloy wheels, they may bend or dent but can be repaired. By comparison, carbon fiber wheels are much stiffer but, when they fail, there’s no way to repair them.