The new-gen Land Rover Defender is the latest vehicle to have received the Racing Green treatment from Carlex.

Joining the likes of the Yachting Edition, the tuner’s latest take on the British SUV boasts a deep green paint finish inspired by the British Racing Green.

The looks have been further refined with the addition of the carbon fiber pieces, such as the bonnet covers, wheel arch extensions and spare wheel cover that also sports an embossed motif. Everything is contrasted by the porcelain white stripes that run across the length of the vehicle and were also applied to the lower parts of the doors with ‘Racing Green Edition’ lettering. The tuned Defender has also been fitted with bespoke black rims wrapped in Yokohama tires.

Video: Which Is The Better Off-Roader, The New Land Rover Defender Or The Old One? 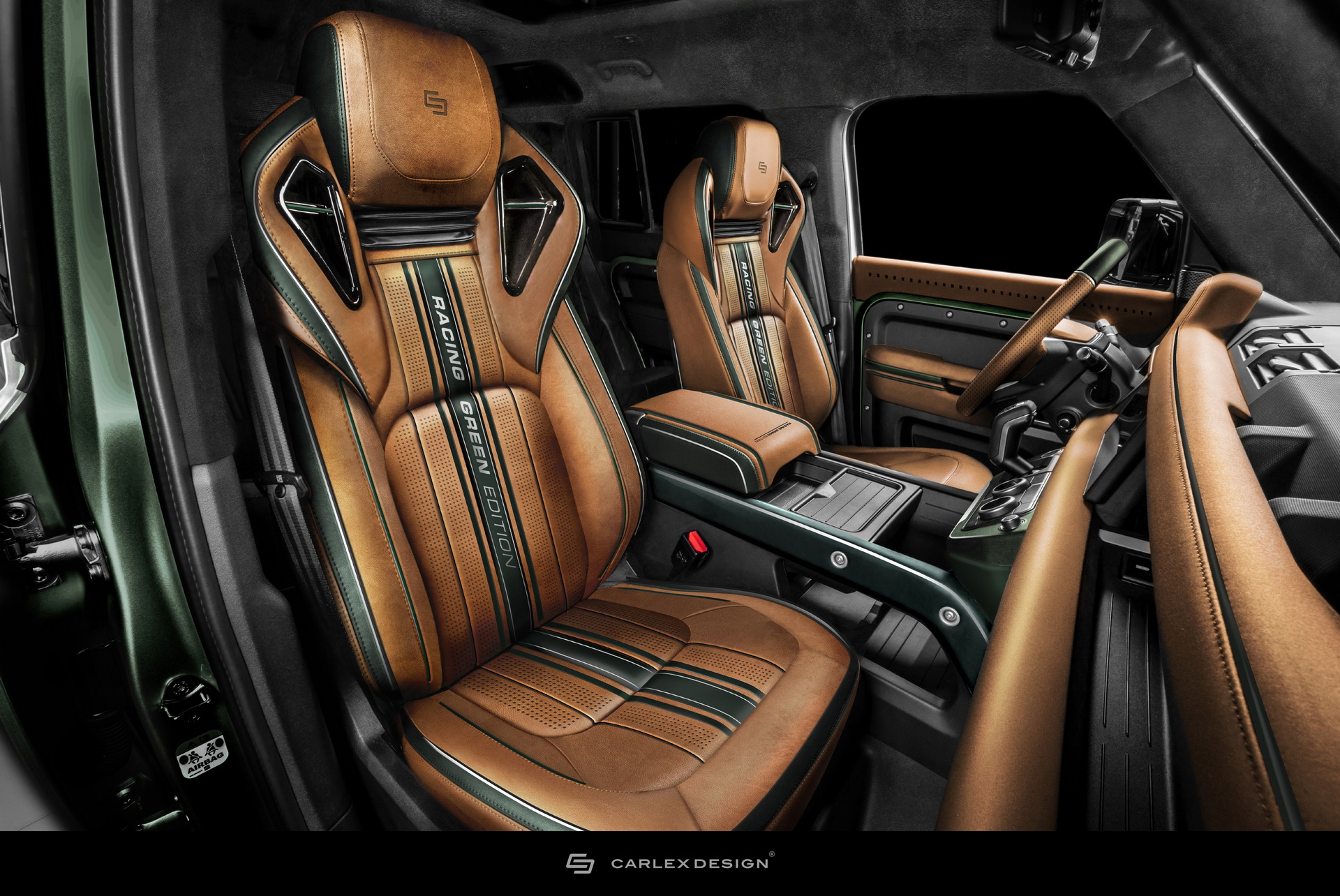 The interior features sports seats at the front and rear reupholstered in brown leather with the ‘Racing Green Edition’ logo embedded in the middle. Green accents can be found throughout the cabin, alongside the modified steering wheel, ‘Racing Green Edition’ embossing in the front armrest, the ‘Carlex’ logo on the dashboard in front of the passenger and a limited edition plaque with the serial number.