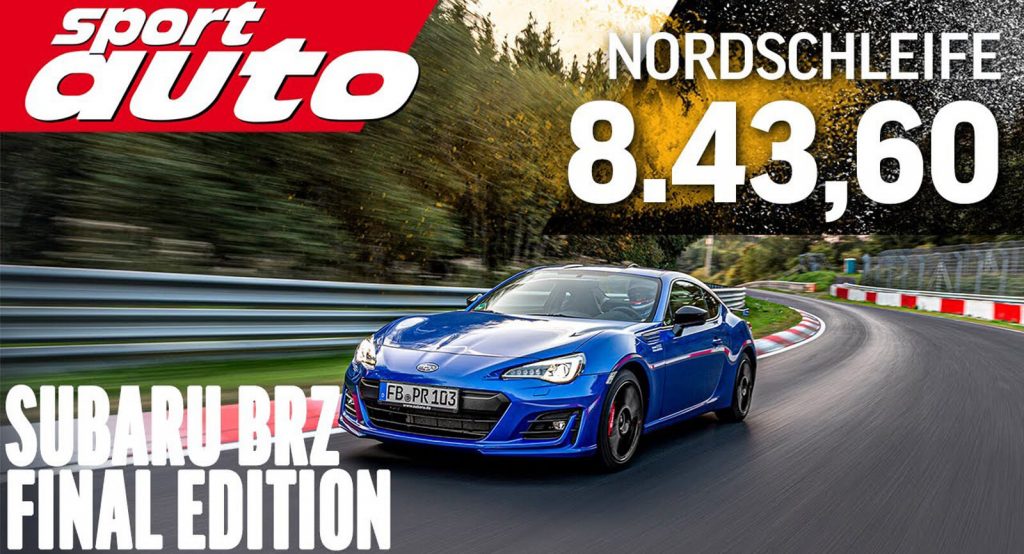 If you’ve been following the news, you probably know that there’s an all-new Subaru BRZ out. However, we’ll leave it aside for now and focus on its predecessor, which put in a hot lap of the Nurburgring Nordschleife that was filmed from the cockpit.

For the run, SportAuto put their test driver Christian Gebhardt behind the wheel, wrapped a set of 215/45 Michelin Pilot Sport 4 tires around the 17-inch wheels and set it loose on the German track. At the end of the lap, the stopwatch showed 8:43.60.

This, according to the (unofficial) list of lap times on Wikipedia, makes it quicker than the Opel Corsa OPC (8:47.99) and the BMW M3 E30 (8:50). It also means that it was slower than the Honda S2000, Chevrolet Corvette C5 and Lotus Exige Mk1; but then again, that wasn’t a surprise, considering its far from impressive power.

The current BRZ is, like its Toyota sibling, the GT, powered by a 2.0-liter naturally aspirated four-cylinder boxer. It pumps out 200 PS (197 HP / 147 kW) and 205 Nm (151 lb-ft) of torque, directed to the rear wheels through a standard six-speed manual or an optional six-speed automatic transmission.