We’ve come across another 2022 Mercedes-Benz CLS tester which while sporting a different color on the outside, appears to be the have the same AMG Line package as the previous white model. We don’t have any newer details on the car and we still expect it be introduced later next year as a 2022MY. [Updated 11/26/2020]

Back in October, we saw the first-ever updated third-generation CLS prototype undergoing tests in AMG CLS 53 spec, wearing the same light units as before but with camouflaged tape all over its front bumper.

Now we’ve got a non-AMG variant to show you, trying to hide that very same area. A close look does however reveal that the vehicle is equipped with the carmaker’s AMG Line package. As for those LED headlights, they’re the same as before.

Whether that’s because no changes are coming to the light units, or the prototype is simply wearing the old ones to throw us off its scent, is something we’ll find out in the coming months. We expect a full unveiling by mid 2021.

It’s also possible that Mercedes is just playing possum with not just this prototype they sent out on the Nurburgring, but also that previously-mentioned CLS 53 model. 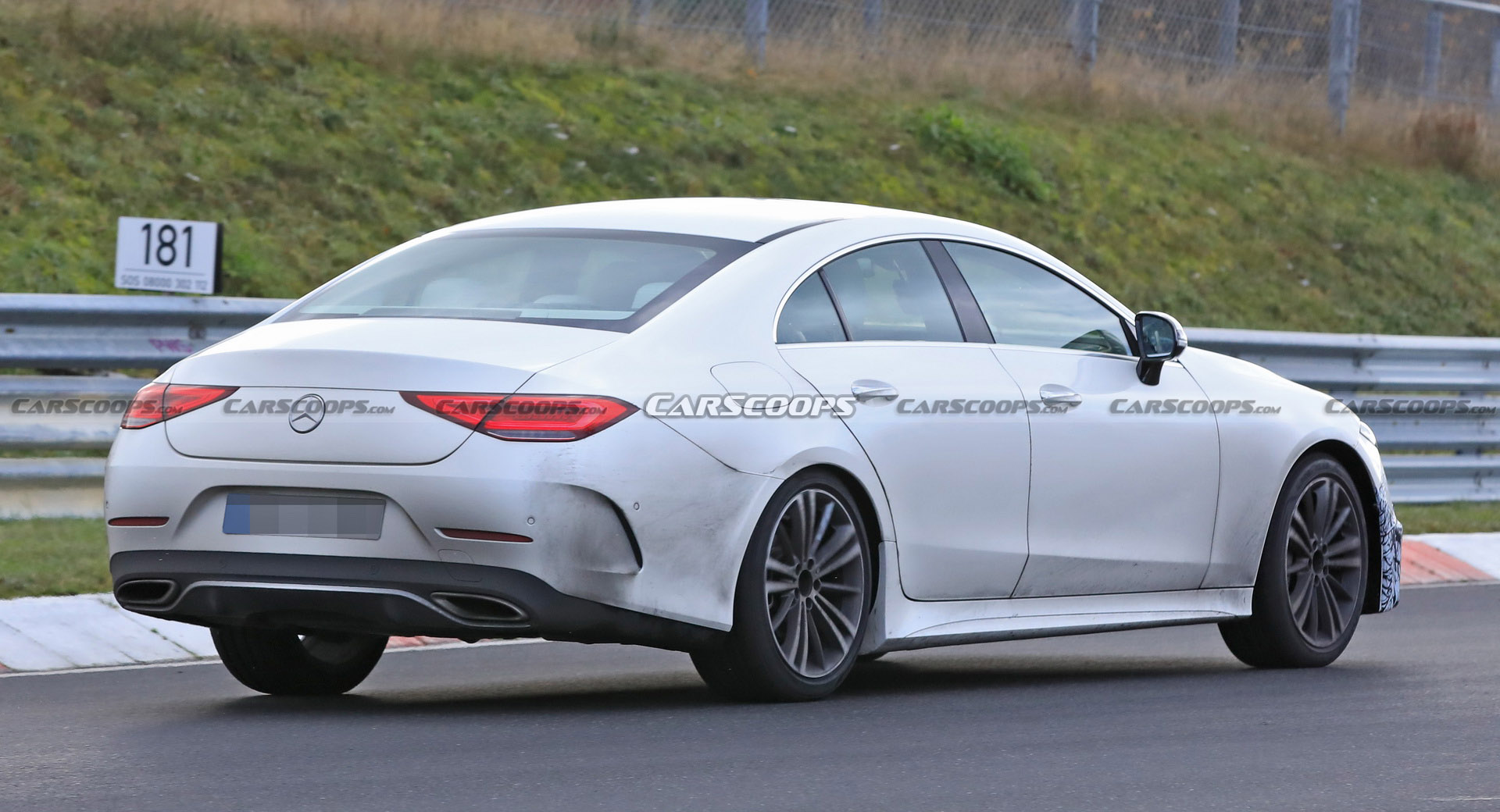 The reason we say that is because in 2014, when they introduced the facelifted version of the second-generation CLS, Mercedes gave it a completely restyled front fascia (new headlights, new grille, new bumper), and a darker shade of red for the taillights.

Inside, there was a new steering wheel and a larger infotainment display, and we can expect more of the same with this facelift as well. We’re referring to the new split-spoke capacitive steering wheel that we got the chance to try out while reviewing the facelifted E-CLass.

Otherwise, we don’t expect many other changes, certainly not from a visual standpoint. Technically though, the updated car should get Mercedes’ most recent MBUX infotainment software at the tile of launch.