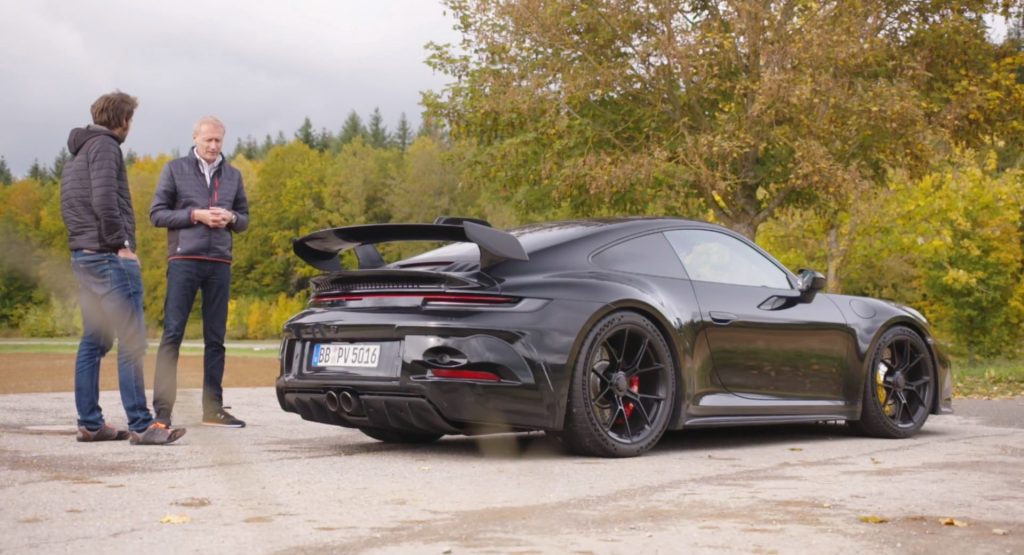 Ever since Porsche dropped the last meaningful pieces of camouflage from the 2021 911 GT3 test cars, we’ve been eagerly waiting for the official details but our wait is over as Porsche GT division boss Andreas Preuninger talks about it for the first time.

In an exclusive preview with Carfection’s Henry Catchpole, the Porsche GT boss shares the first bit of information on the 992-based GT3, starting by saying that the new car is “devastatingly quick” around the Nurburgring.

“I can’t tell you how quick, but some mouths will be wide open,” said Preuninger. The new Porsche 911 GT3 benefits greatly from the latest 992 chassis; in fact, it’s the first road-legal Porsche with a front double-wishbone setup, showing off the completely new design of the track-focused sports car.

Preuninger repeated that despite the increased dimensions compared to the last 911 GT3, they managed to keep the weight at the same levels. “What makes me proud is the car is not heavier than its predecessor despite being a little bigger”, he said. The weight of the new GT3 is around 1,430 kg (3,152 lbs) but this figure includes all fluids topped off.

As for the new gooseneck-style rear wing, Preuninger said that their choice was based solely on its aerodynamic benefits, as they can now take advantage of the wing’s entire underside. “Combined with the smalled ducktail spoiler, we can make a lot of downforce without having an excessive angle of attack, which slows the car down. We wanted this car to be quick on the Autobahn as well,” he says.

As for the engine, Preuninger stopped short of confirming the specifics apart from what we already know, that this is a further evolved version of the naturally aspirated flat-six unit as found in cars like the last 911 Speedster. He did say that they managed to keep the “emotional” soundtrack of the engine despite the presence of petrol-particulate filters. “They are very loud gasoline-particulate filters”, he added with a smile on his face.

He did however confirmed that customers will get the option of a manual transmission in addition to a PDK dual-clutch unit.

The official preview of the new 911 GT3 means that Porsche isn’t going to keep us waiting much longer for the official reveal.