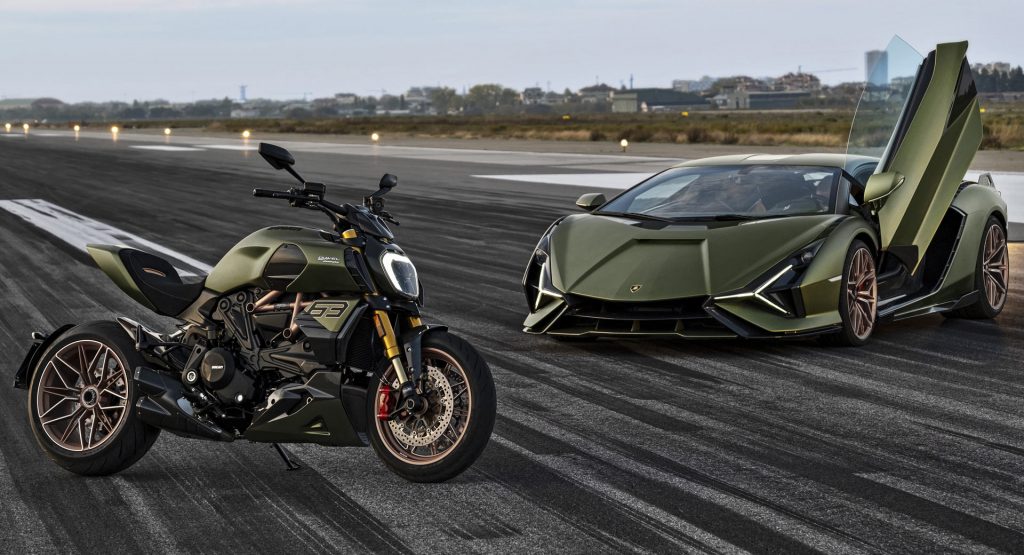 Billed as the first motorcycle born from the collaboration between Ducati and Lamborghini, the model draws inspiration from the Lamborghini Siàn FKP 37 which was introduced in 2019.

Looking far more aggressive than the standard Diavel 1260, the bike has been equipped with carbon fiber air intakes and radiator covers as well as carbon fiber mudguards and a central tank cover. Carbon fiber has also been used on the spoiler, silencer cover and headlight frame.

Also Read: Lamborghini Sián Looks To The Future With Electric Motor And Supercapacitor 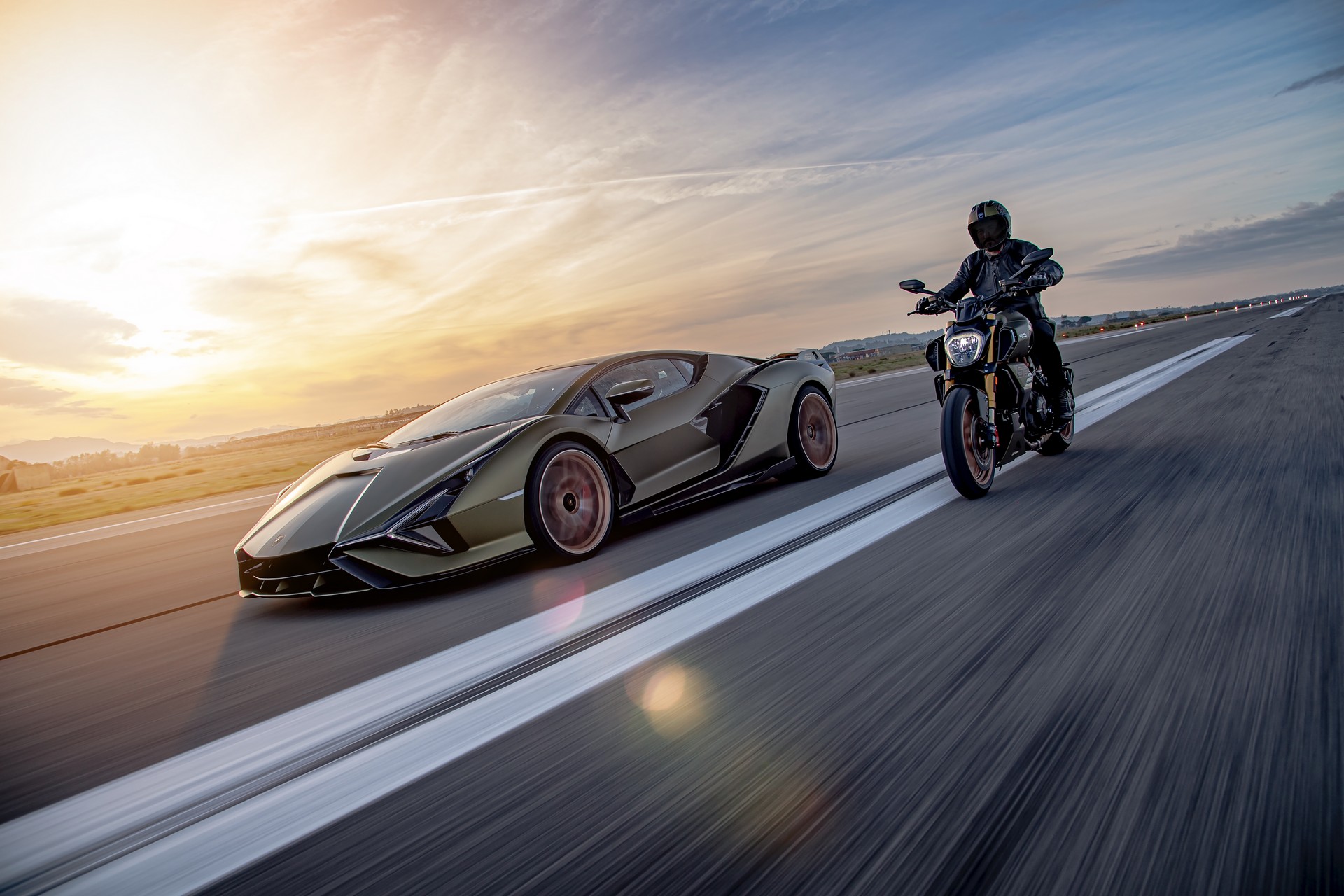 Besides the extensive use of carbon fiber, the bike uses the same paint scheme as the Siàn FKP 37. As a result, the model has a Gea Green body which constants with an Electrum Gold frame. Elsewhere, there are 17-inch forged wheels and “63” accents which pay homage to Lamborghini’s founding in 1963.

According to Ducati Centro Stile director Andrea Ferraresi, “The Diavel 1260 Lamborghini was designed using the same stylistic language that distinguishes the super sports car, so we have redesigned the elements that most characterize the Diavel.” He went on to say the bike has a “great stage presence” and will be a “true collector’s item from the point of view of style.”

As expected, the bike is based on the Diavel 1260 S and features a familiar 1.3-liter engine that produces up to 160 hp (119 kW / 162 PS) and 95 lb-ft (129 Nm) of torque – depending on market. The model also has a fully adjustable Öhlins suspension, a single-sided aluminum swingarm and a Brembo braking system. Other highlights include a 3.5-inch digital instrument cluster, a Quick Shift system and a multimedia system which connects your phone to the bike.

The Diavel 1260 Lamborghini will be available in December and production will be limited to 630 units.