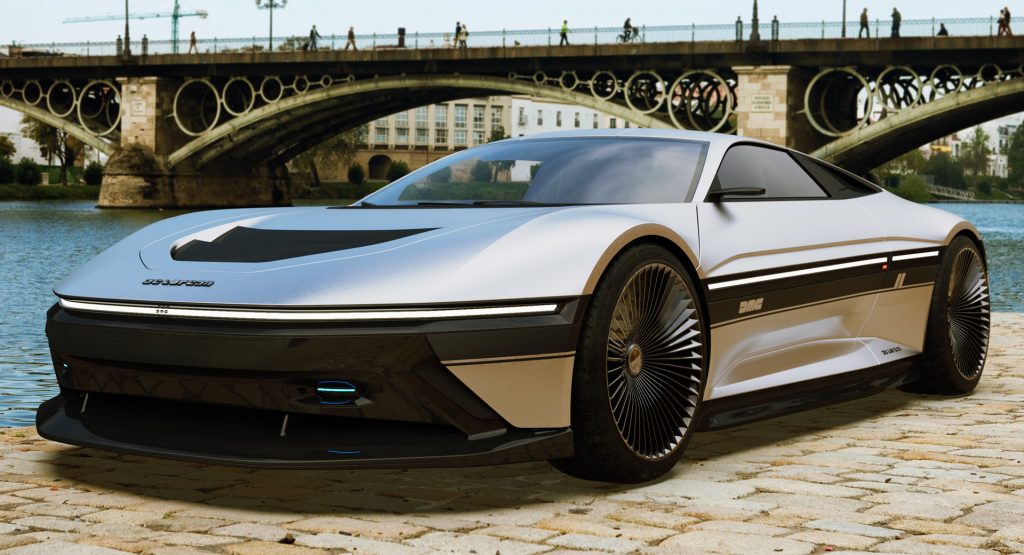 The DeLorean DMC-12 has stood the test of time as it’s still fondly remembered today thanks to a starring role in the Back to the Future film franchise.

Since the model is about to celebrate its 40th anniversary, automotive designer Angel Guerra decided to pay tribute to the car by creating a modern-day version in his spare time.

Also Watch: What If DeLorean Decided To Make A Modern-Day DMC-12? 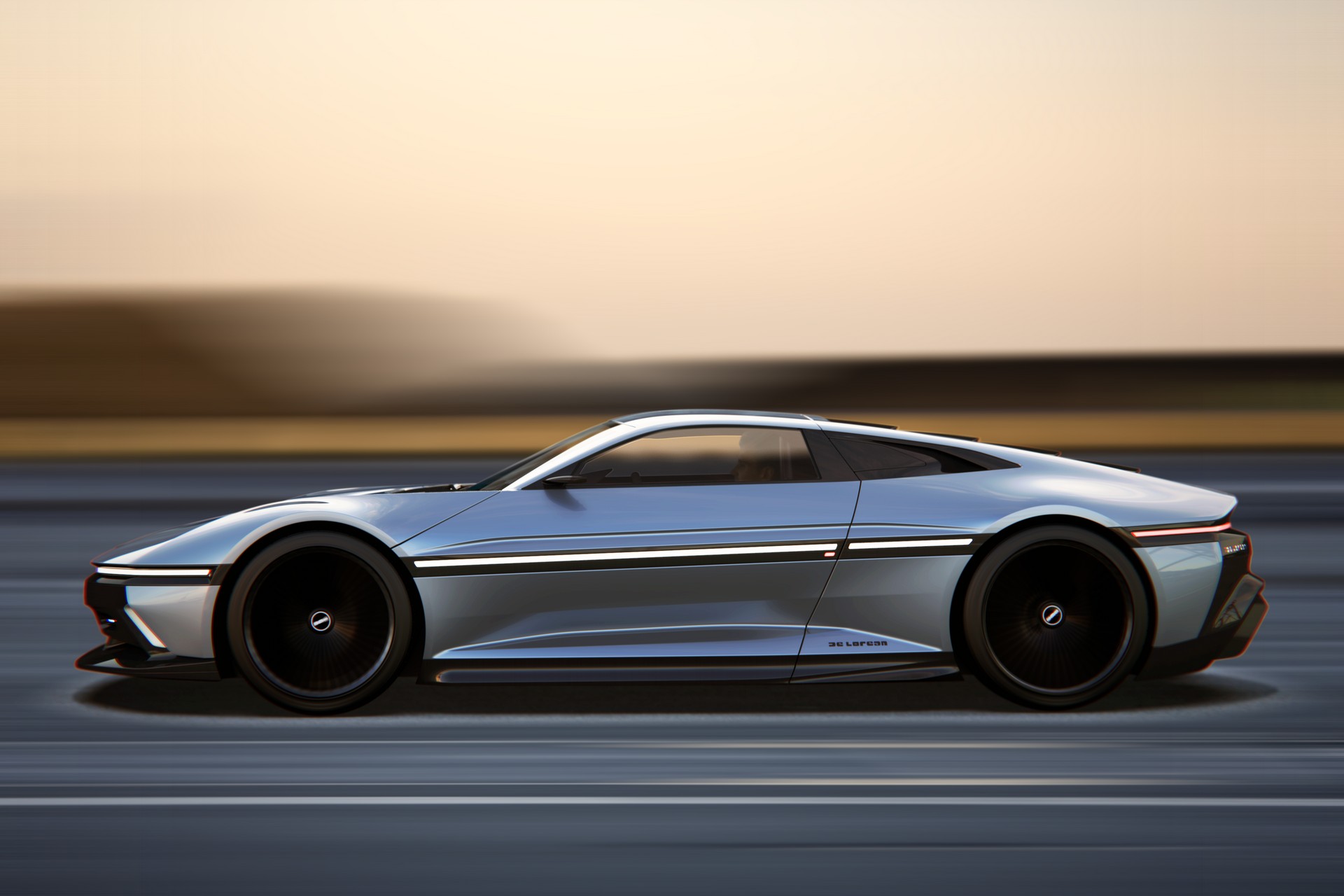 Those aren’t the only nods to the past as the car also has gullwing doors, turbine-style wheels, and a more aerodynamic take on the DMC-12’s squared off front end. Triangular quarter glass is also present, but it’s much smaller this time around and it helps to make the car look far sleeker than its predecessor.

Despite the old school rear window louvers, the rear end is thoroughly modern as it features full-width LED taillights and a massive diffuser. The car also has a relatively flat section with old school DeLorean badging, which echoes the rear bumper treatment on the original DMC-12.

Other notable highlights include a ventilated hood, a prominent front splitter and wraparound LED lights. Guerra also said the model would be longer and wider than the original as his proposal measures 188.2 inches (4,780 mm) long, 80.5 inches (2,045 mm) wide and 45 inches (1,143 mm) tall. 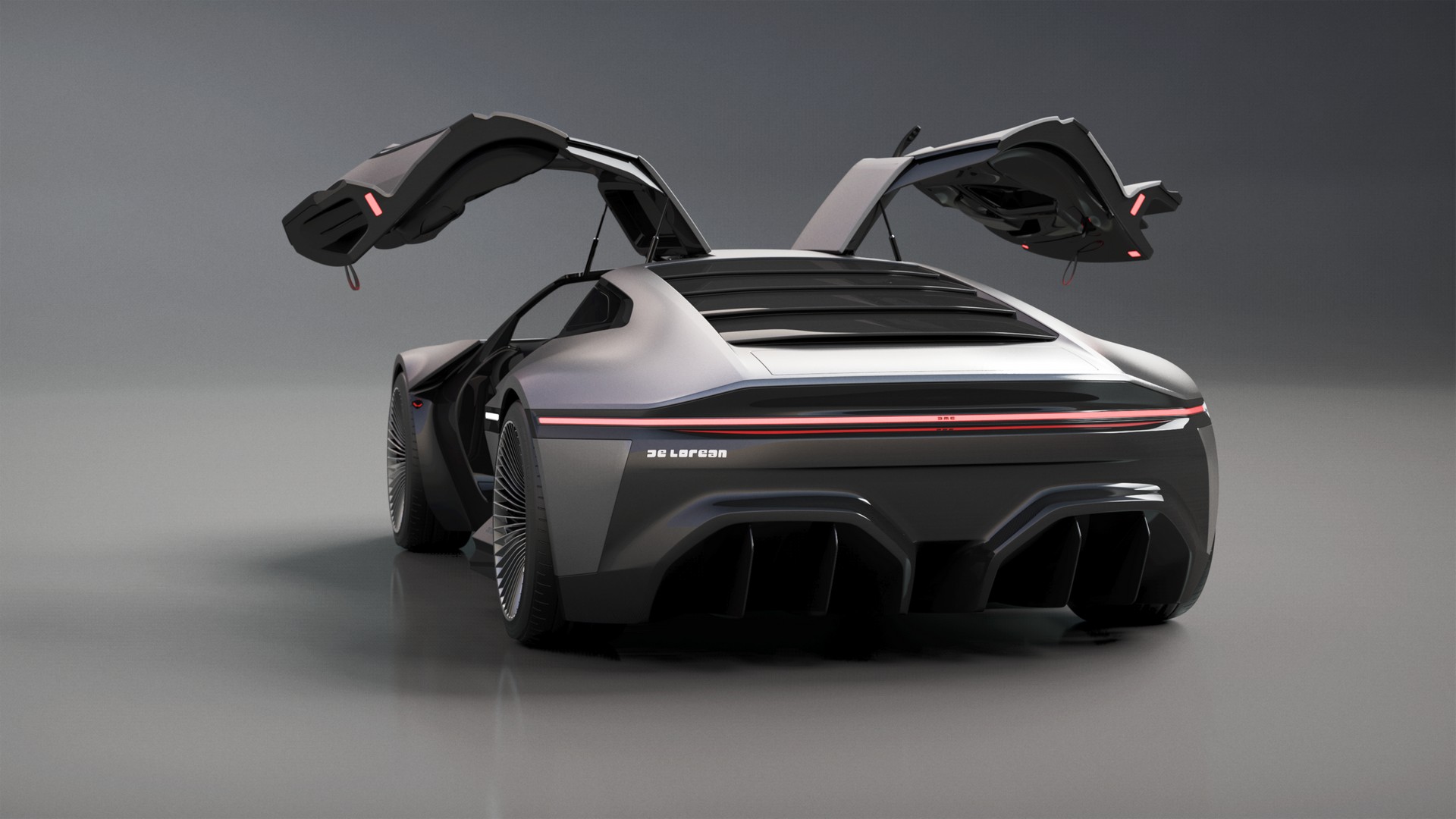 Furthermore, the DeLorean is envisioned to have two rear-mounted electric motors and a fully-autonomous driving system. To accommodate the latter, there are cameras and sensors hidden in the black stripe that wraps around the car.

While the DMC-12 holds a special place in the hearts of many people, Guerra told us it literally changed his life. As he explained, “Ever since that car rolled down the ramp of the truck in Back to the Future, I knew that I would be a car designer.” That panned out as he’s been designing cars since 2008 and has worked for numerous companies over the years including Rimac.

You can check out more pictures of the 2020 DMC-12 on Instagram.

Note: This is an independently made illustration by Angel Guerra that is in no way related to or endorsed by the DeLorean Motor Company or the Back to the Future movies.