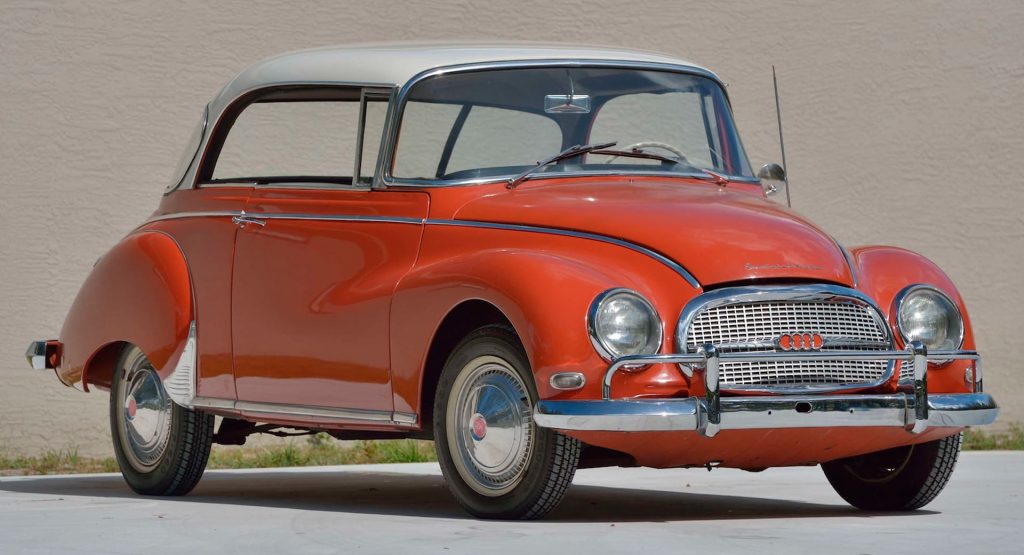 It’s time to fire up those times machines as we’re heading back to 1960 to check out this Auto Union 1000 S.

The antithesis of everything that Audi stands for today, the 1000 S is a small two-door coupe deluxe which was “styled for a new kind of comfort and luxury travel.”

It certainly has a Volkswagen Beetle vibe as there are round headlights and bulging front fenders. In between them resides a single bar grille with a colored Audi logo. 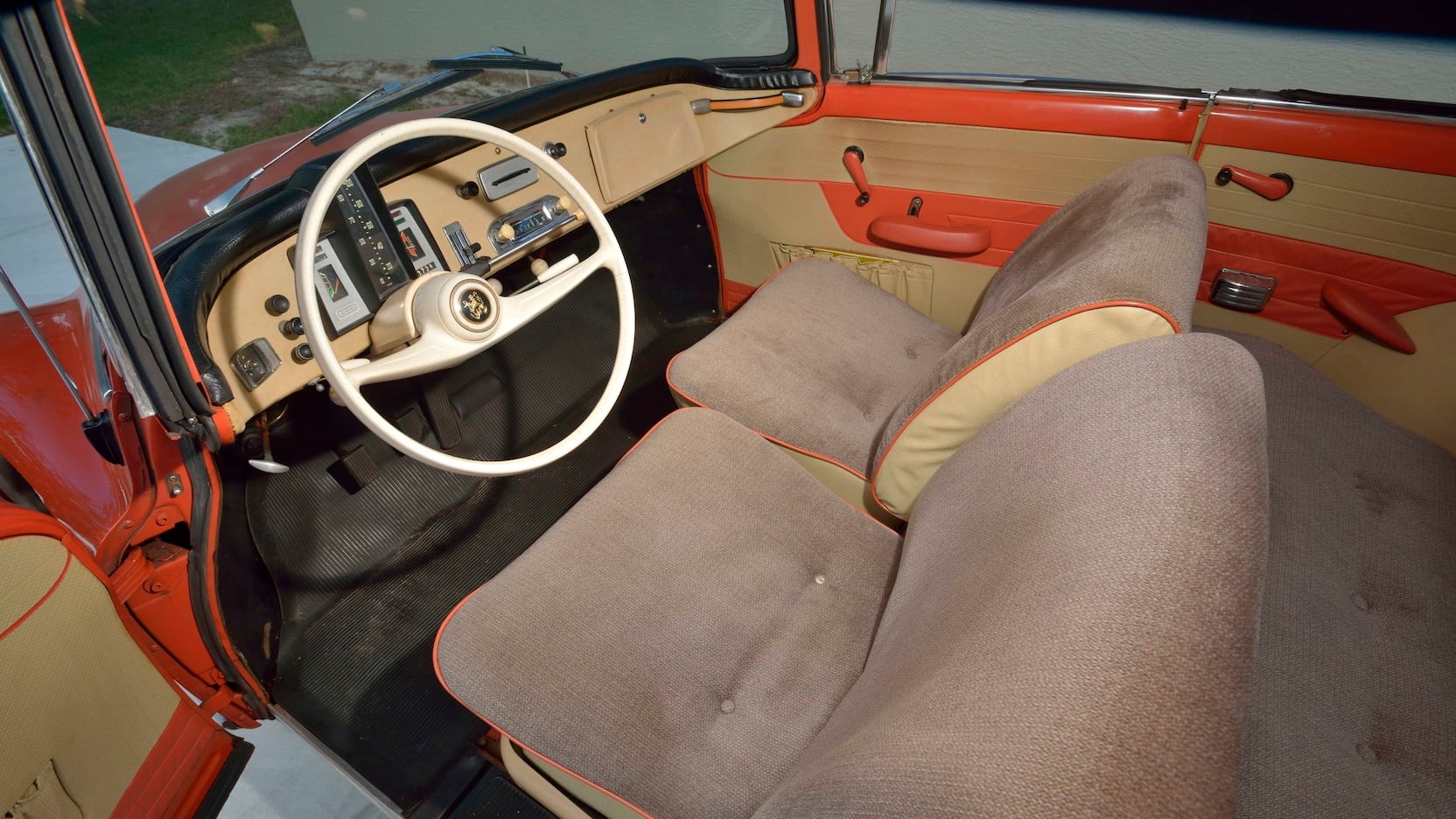 Moving into the cabin, there’s two-tone seats with contrasting orange piping. While the interior doesn’t scream luxury and technology like today’s models, there is a cool instrument cluster with vertical gauges. We can also see an analog clock and a Motorola transistor radio. 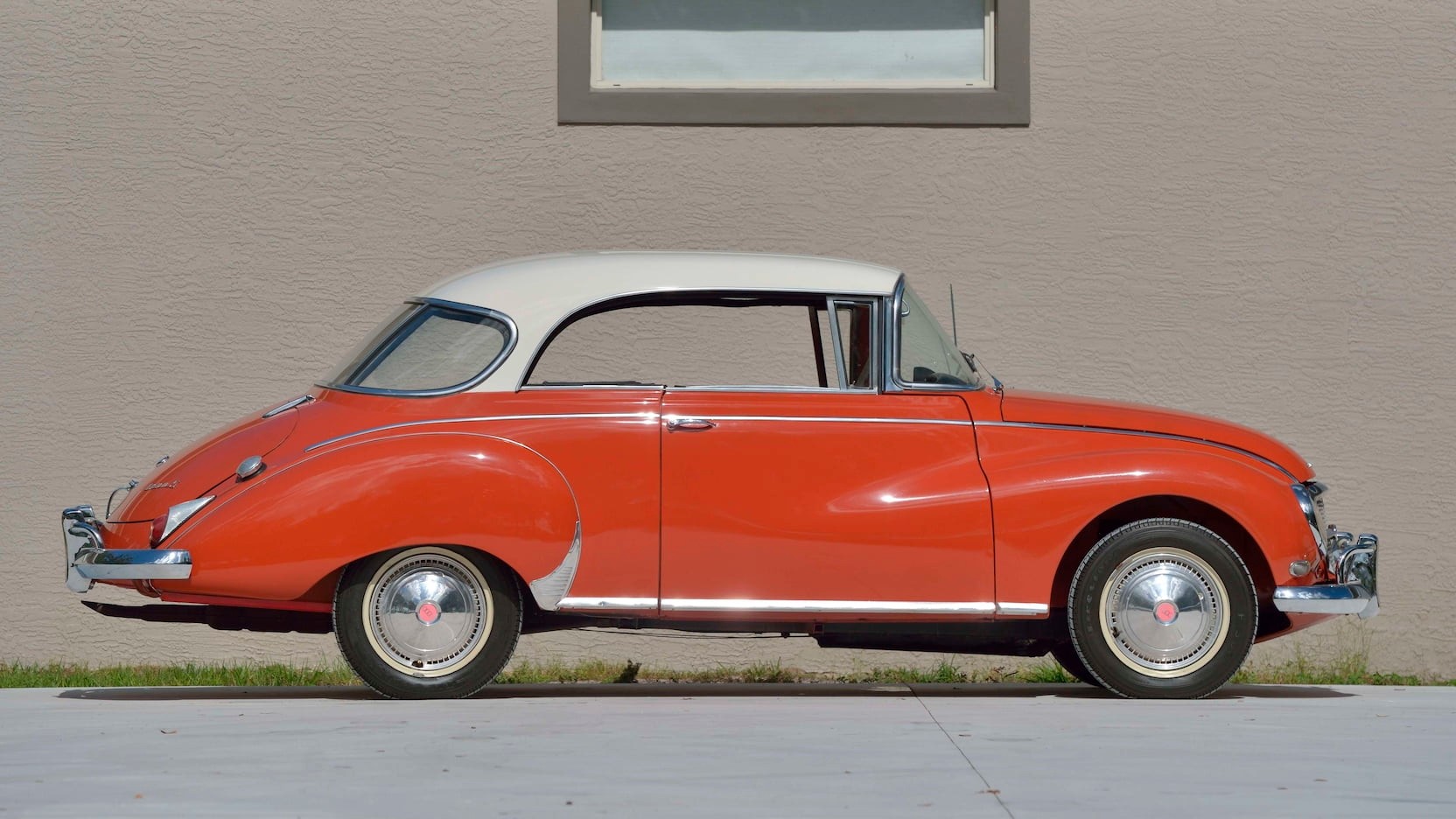 While Audi is now synonymous with quattro all-wheel drive, that wasn’t always the case. Quite the opposite as a brochure accompanying the car touts its front-wheel drive system which “pulls rather than pushes the car around curves eliminating sideway tire scrubbing and assures better road-gripping traction in any kind of weather.”

There’s not estimate, but the Auto Union 1000 S will be up for grabs at Mecum’s Kissimmee auction in January.