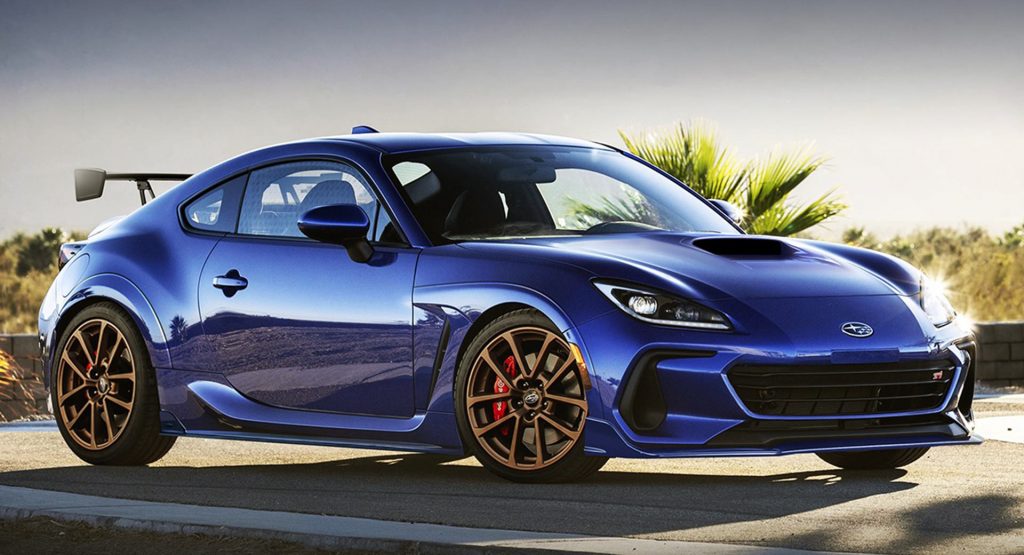 Sure, the 2022 Subaru BRZ may not have a turbocharged engine like many people had hoped but as with the first-generation model, it should prove to be a fun and enjoyable sports car to drive. Could it get a flagship STI variant?

For as good as the first-gen BRZ was, it was never sold as a fully-fledged STI model. Sure, Subaru did introduce the tweaked BRZ tS as a more track-focused variant but it didn’t get the full STI treatment as many had hoped. Now is the opportunity for Subaru to make such a model a reality.

This rendering from X-Tomi Design showcases what such a variant could look like. The first thing that strikes you about the updated model is the beefed-up front fascia that includes new air intakes and a hood with a prominent hood scoop that would help to provide the top-mount intercooler with fresh air to breathe.

Read Also: Subaru Explains Why The New BRZ Doesn’t Have A Turbocharger

Elsewhere, the rendering showcases the BRZ STI with gorgeous matte bronze wheels and a set of red Brembo brakes. X-Tomi Design has also fitted distinctive side skirts, flared wheel arches, and lowered the ride height to give the sports car the proper feeling of an STI model. Also visible is a fixed rear wing.

If Subaru is to release an STI version of the new BRZ, it would likely choose to do so by strapping a turbocharger onto the 2.4-liter boxer four-cylinder engine. It would act as the perfect flagship performance car in the brand’s range and likely wouldn’t face competition from a Gazoo Racing version of its upcoming Toyota GR 86 sibling as such a model seems unlikely due to concerns it would steal sales from the Supra.

Note: This is an independently made illustration by X-Tomi Design that is in no way related to or endorsed by Subaru