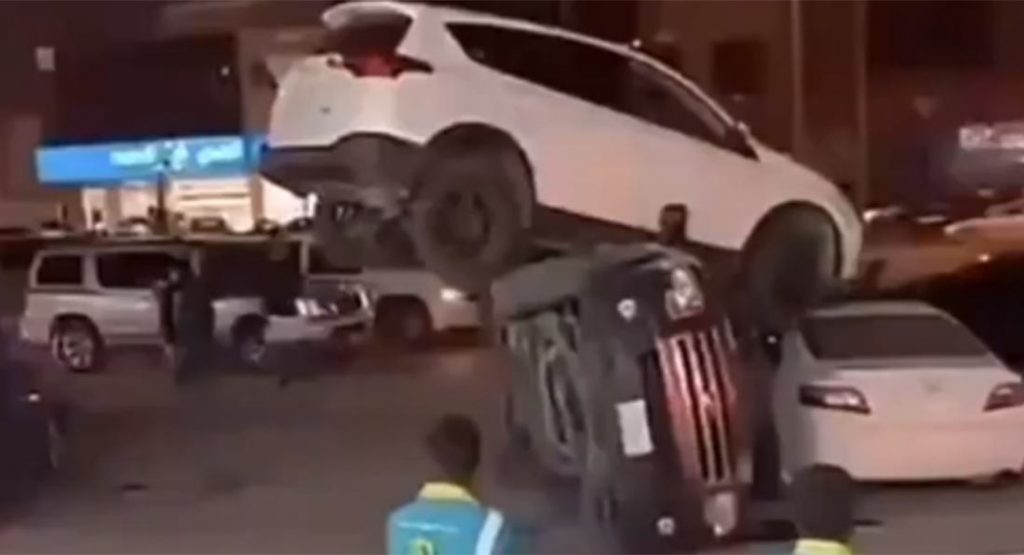 We recently saw a Porsche Taycan almost ending up on top of a BMW 1-Series, but the driver of this Toyota RAV4 really managed to put their SUV on top of another car.

This clip, which was recently shared online, appears to have been filmed in Saudi Arabia and shows a white RAV4 perched on top of what appears to be a black Ford SUV or pickup.

We haven’t been able to find any local news reports that reveal just how the RAV4 ended up in this precarious position, leaving us to speculate.

One possibility is that the driver of the RAV4 lost control and, somehow, somersaulted into the air and ended up on the Ford’s roof. With that being said, this sure is a rather unusual accident, so it’s entirely possible something else happened.

Whatever the explanation, recovering the Toyota wouldn’t have been an easy process and probably would have required a small crane or a tow truck that could pull the SUV onto its bed. We suspect quite a lot of damage has been done to the underside of the RAV4, while the Ford is, in all likelihood, totaled.

How the Fuck?? from r/IdiotsInCars