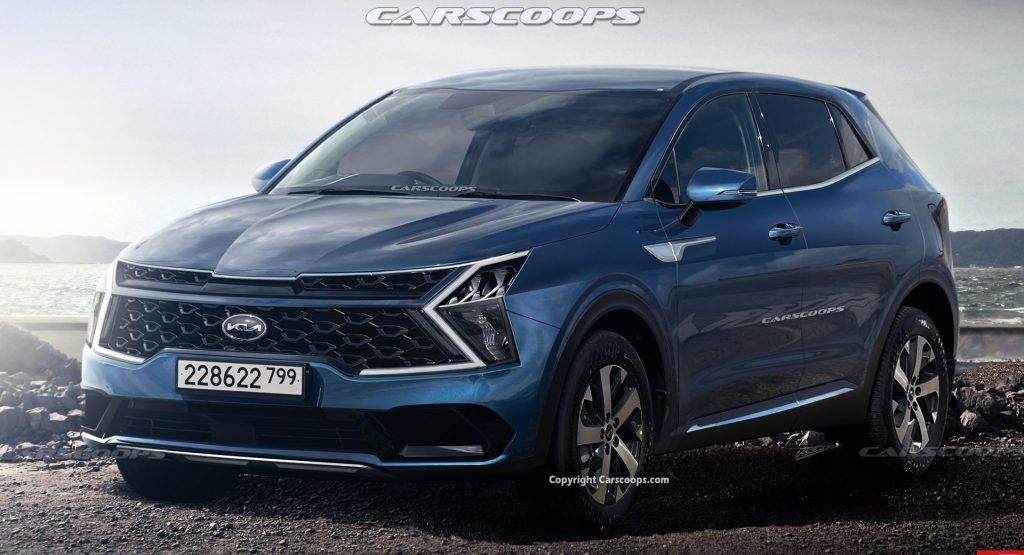 Kia’s acclaimed Sportage compact crossover has been an enormous success for the South Korean automaker, with pre-pandemic sales increasing year over year. Whilst doing well, though, its ageing sheet metal will be replaced by an all-new generation body next year.

In a break from tradition, the new car, codenamed NQ5, takes on a twin-pronged attack for 2022, with a standard wheelbase variant and an extended version to challenge the likes of Toyota’s RAV4. However, what we want to know is what it’ll look like and what will power it, so let’s take an illustrated deep-dive on the shorter variant and see what else we can expect.

The Seoul-based automaker is stirring the pot with bold styling that signals an aesthetic departure from other recent Kia introductions. Arguably the most controversial aspect will be the radical new front fascia. Here, Kia’s Tiger nose grille takes on an angular interpretation whereby it encompasses most of the front end, including the headlamps. This is something that reminds us of those exaggerated photoshops of BMW models with oversized grilles spanning from one corner to the other, yet here we are with Kia having already presented a similar look for its Chinese-spec (and unrelated) Sportage Ace.

Beyond the clamshell hood, the rest of the vehicle is relatively free from unnecessary styling flourishes. The glasshouse is sleeker, with the rear pillar now forward-leaning (the bigger version gets a rear-leaning post and rear quarter window) and the rear fenders have prominent haunches.

In contrast to the front end, the rear is more traditional with slimline horizontal LED taillights, tailgate spoiler, hidden exhausts and a mesh-patterned lower bumper insert.

The outgoing SUV was fairly decent in terms of interior presentation. However, it was trim-depended as lower grades had masses of hard scratchy plastics. As evident with the new Sorento (see the video below), the Sportage will head upmarket with superior packaging, materials and, for the first time, a larger variant with potential seating for seven.

A recent announcement from Hyundai Motor Group and Nvidia could see the Sportage as one of the first models to receive the Nvidia Drive platform for its infotainment hardware and software, bundling things like audiovisual, navigation, connectivity and artificial intelligence (AI)-based ‘connected car’ services all into one system. On top of this, expect a plethora of goodies like a digital driver’s display, ambient lighting and smartphone key access. 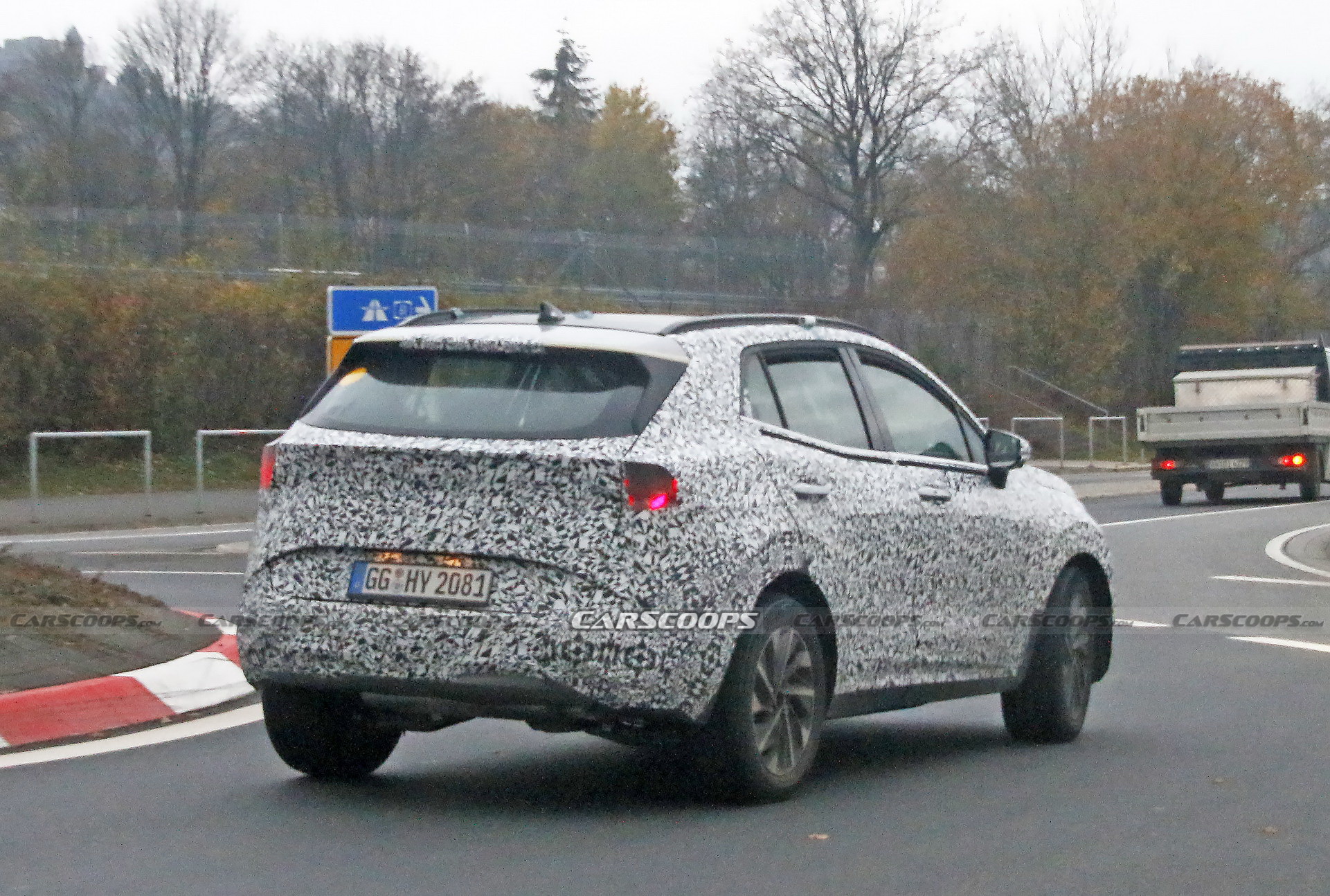 Powering the Sportage will be a 226 hp turbocharged 1.6-litre hybrid and a 177 horsepower plug-in hybrid, with the latter featuring a 13.8 kWh battery and an all-electric range of 28 miles. Both hybrids will replace the current diesel variants in Europe and Asia-Pacific. They are mated to a specially-developed 6-speed automatic transmission and standard all-wheel-drive.

Related: Everything We Know About Nissan’s 2022 Rogue Sport (Qashqai)

Also available in North America will be a 2.5-litre direct-injected and multi-port-injected gasoline engine that produces 187 horsepower and 178 lb-ft of torque. This engine puts its power to the front wheels or, optionally, all four via an 8-speed automatic transmission. 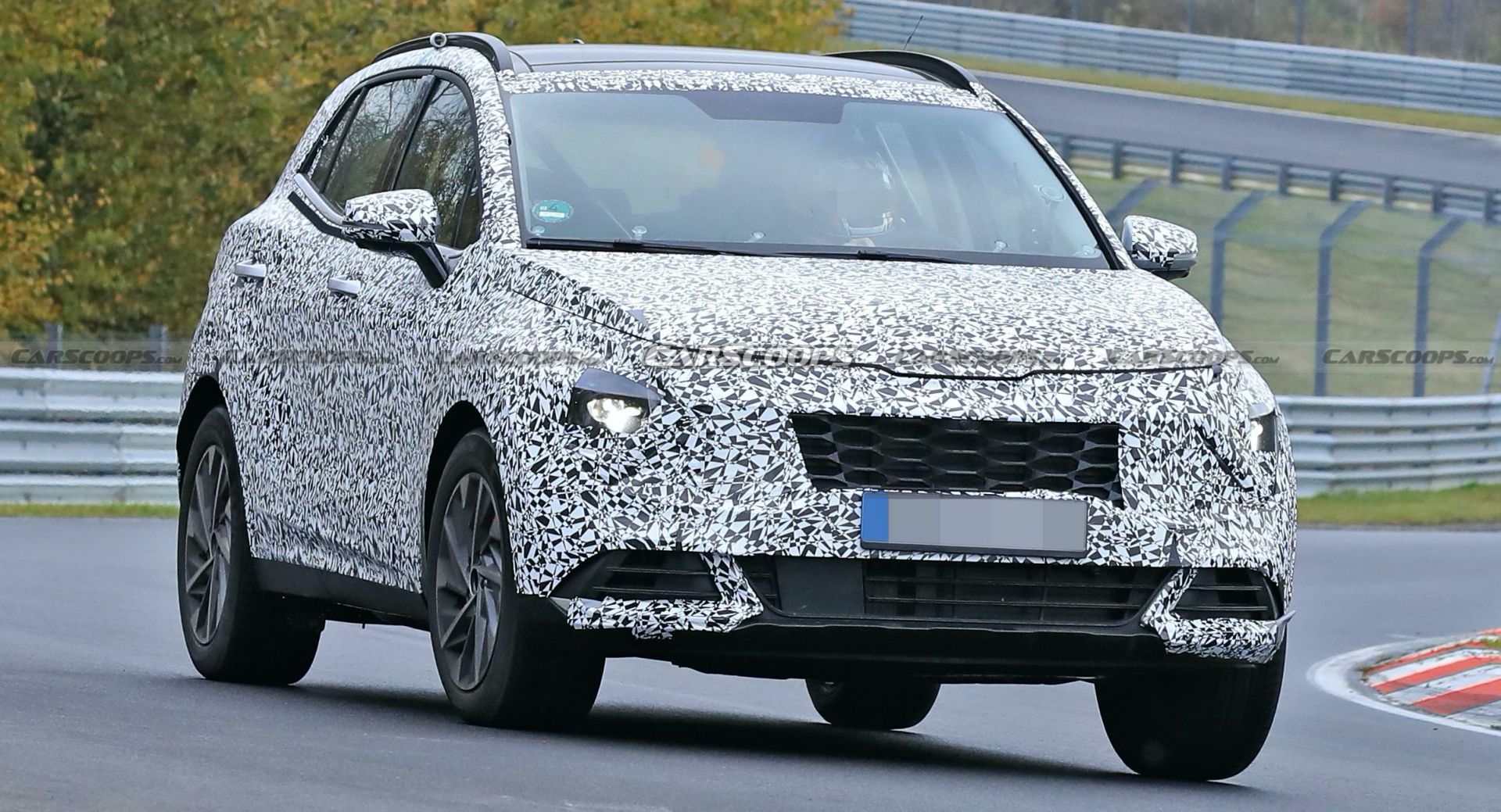 Expect an full reveal by April next year, with sales commencing soon after as an MY2022 entrant.

What do you think of the new Sportage’s radical new front end? Share your thoughts in the comments below.

Note: The speculative illustration was made by CarScoops’ artist Josh Byrnes and is in no way related to or endorsed by Kia Motors