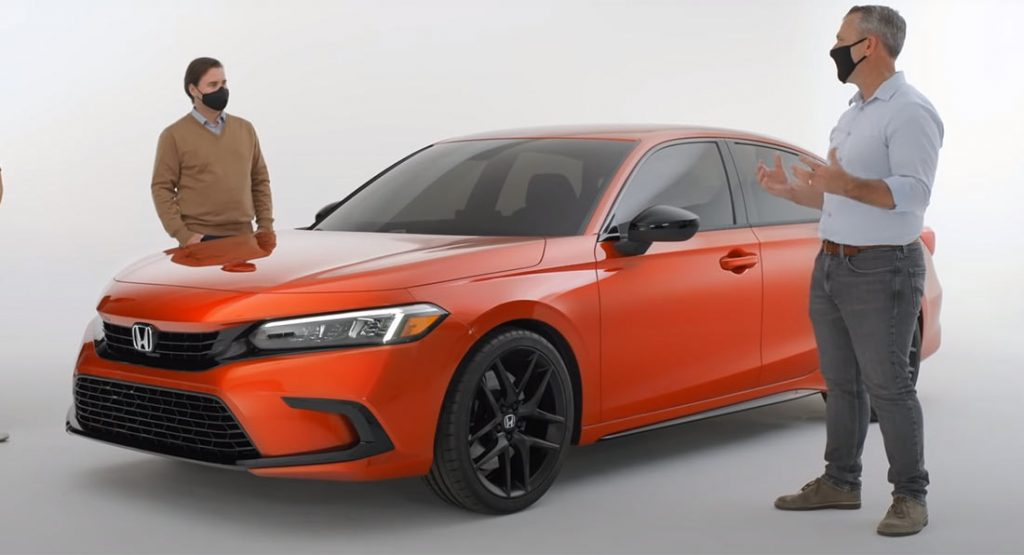 The 2022 Honda Civic Prototype unveiled earlier this week looks significantly different than the outgoing model and, to our eyes, is all the better for it.

Compared to the current model, the new Civic Sedan’s design is more sophisticated and mature and in this video, Motor Trend had the opportunity to check out the vehicle in person with head of product planning at American Honda Motor Co., Gary Robinson.

Speaking about the new model, Robinson said Honda looked at the 10 previous generations of Civic to see how they could make the new one that much better than its predecessors. In addition, the overarching theme for the new car was “thin and light” in a bid to make the car look low and wide while also offering a spacious and open cabin.

One of the key changes is the repositioning of the A-pillar that has been moved down by approximately one inch and back by about two inches, which gives the new Civic a longer hood. There is also a key design line that runs from the front wheel arches right to the rear. Honda has also moved the wing mirrors from the A-pillars to the doors, adding to the low-slung look of the car.

Honda has yet to showcase the interior of the 2022 Civic Prototype, but it has released a detailed rendering that showcases a digital instrument cluster, an enlarged infotainment screen and a honeycomb mesh accent that stretches the width of the dashboard and conceals the air vents.