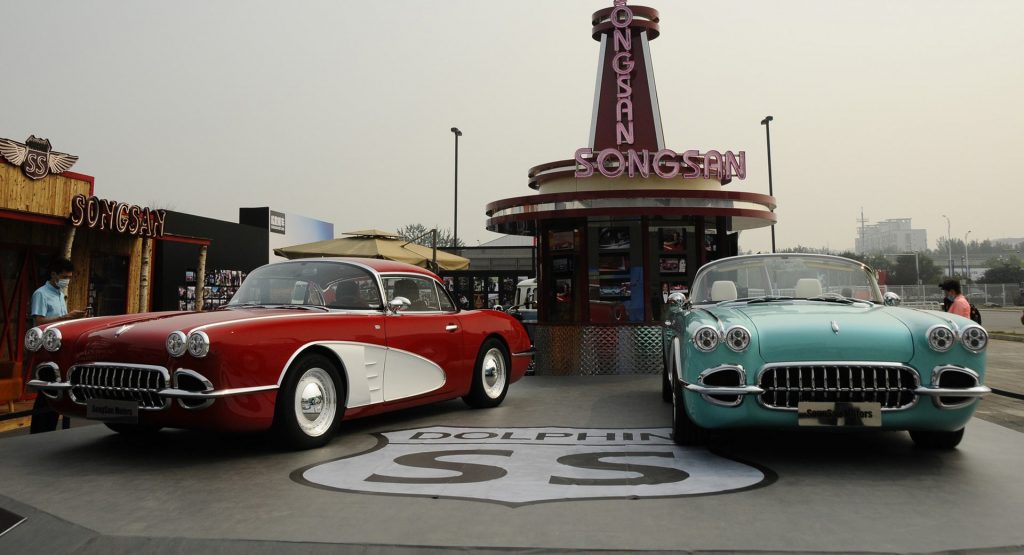 September’s Beijing Auto Show hosted the unveilings of heaps of new cars from China. While a great deal of them were electric, one that surely turned many a head was the Songsan Motors SS Dolphin, essentially a clone of the C1-generation 1958 Corvette.

The exterior looks almost identical to the C1 Corvette, including its very similar chrome front grille and two-tone bodywork. At the time of the car’s debut, it was revealed that the cabin included many parts from BYD. The car even has a plug-in hybrid powertrain from BYD who, as it turns out, will also build it. 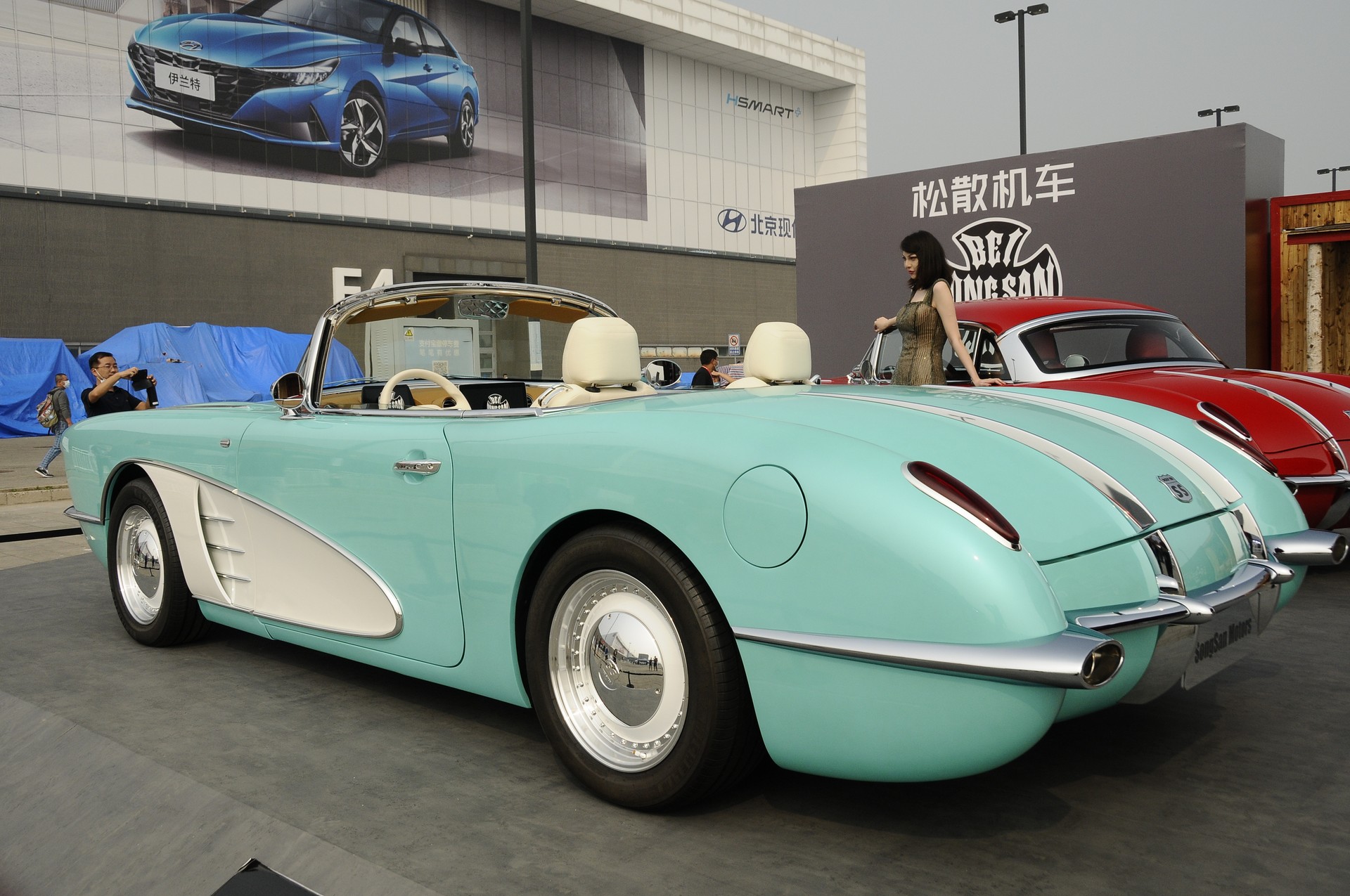 Car News China recently viewed documentation relating to the Songsan Motors SS Dolphin that was provided to the Chinese government. In these documents, it is revealed that the vehicle is indeed a BYD and images of the car wearing BYD badges have since surfaced online. Car News China adds that it is common for small Chinese automakers like Songsan Motors to have their vehicles contract-built by a larger car company.

Some added investigation has revealed that the SS Dolphin isn’t based on a pre-existing sports car and is instead based on the BYD Qin Pro Sedan.

Powering the C1 Corvette clone is a 1.5-liter turbocharged engine coupled to an electric motor and delivering a combined 315 hp and 395 lb-ft (535 Nm) – impressive figures for a vehicle of this size. Coupled to this powertrain is a six-speed dual-clutch transmission driving the front wheels. With so much grunt going to the front axle, we suspect the car will probably have an issue with torque steer. 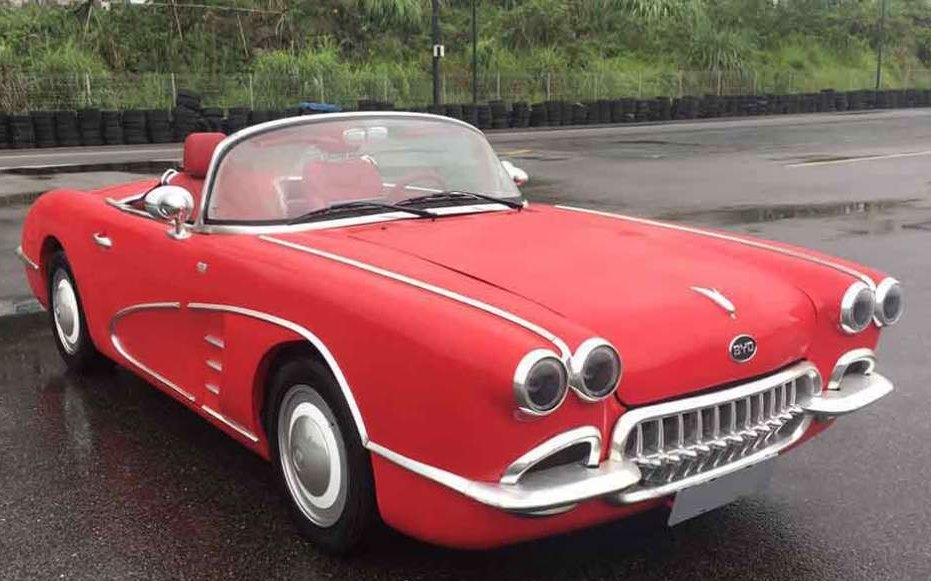 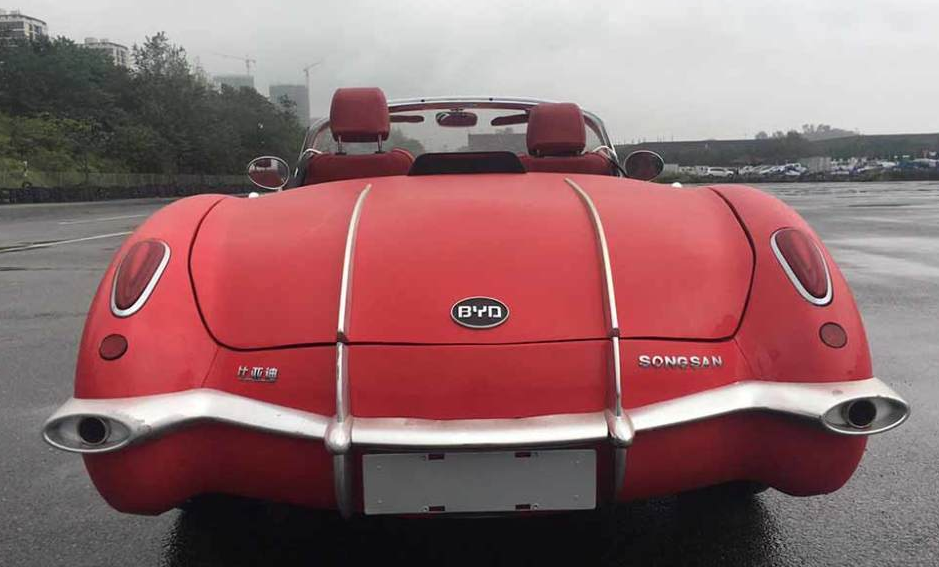