The Boring Company’s plans to expand its network of tunnels under Las Vegas have been approved by the Las Vegas City Planning commission.

For quite some time, Elon Musk’s company has been building a ‘Loop’ system for the Las Vegas Convention Center (LVCC). Construction of this site is nearing its completion and should be operational by January 2021. During a recent city council meeting, The Boring Company was given the green light to connect the LVCC tunnels to one that heads downtown, through Las Vegas Boulevard, and connecting Ogden Avenue and Main Street (see map below).

While the green light was given, the council still needs to cast a final vote in December, Tesmanian reports. The extended Loop system in Las Vegas will also include several stops at the Circa Resort & Casino.

The @boringcompany has submitted an application for the possible expansion of their underground Tesla shuttle system into downtown Las Vegas.

It is scheduled to go before the Planning Commission tonight at 6 p.m. and we will carry it live here. pic.twitter.com/qfRopCz7v0

“We’re very excited this is finally coming to fruition and we’re fully in support of being part of this and having the loop come right to our front door,” Greg Stevens from Circuit Resort & Casino said in a statement.

While The Boring Company is pushing ahead with its ambitious plans to ‘revolutionize’ transportation, many remain doubtful with the viability of the system.

For example, Rice University lecturer Christof Spieler says the renderings released by The Boring Company of its Las Vegas Loop “feel like the kind of renderings an architecture student would do for their one-semester project,” adding there’s no “evidence that this has really been thought through in terms of how it would function.”

Spieler added that a standard airport people mover is more convenient, can board passengers easier, and allows passengers to hold onto their luggage rather than loading and unloading the trunk of a Tesla. “It seems like car-thinking applied to a transit problem that we already know how to solve,” he said.

Gerry Tierney from Perkins&Will, a company that has designed transit stations in North America and the Middle East, told CNN that the Loop is “comically inefficient” and is “not a transit system [but instead] a system for driving electric vehicles underground.” 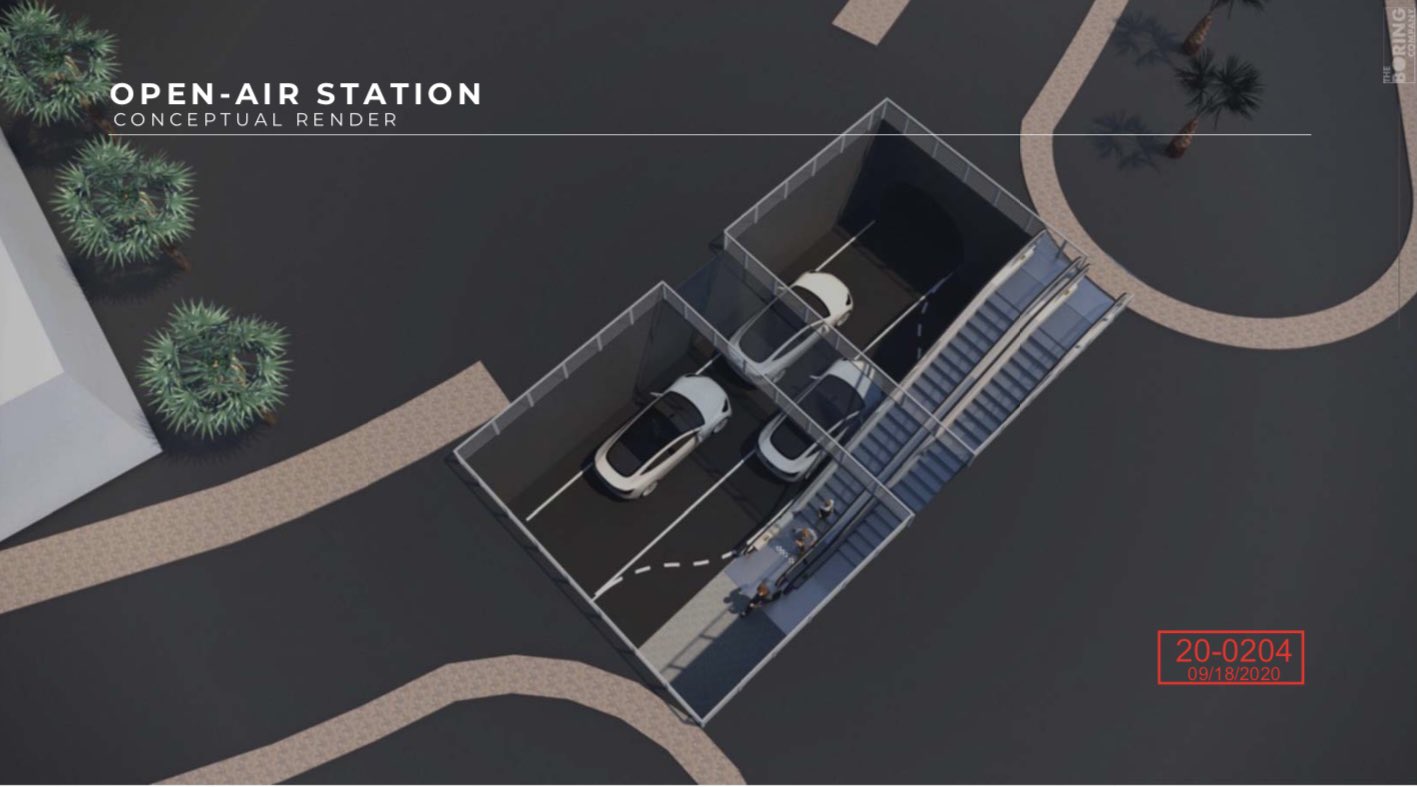