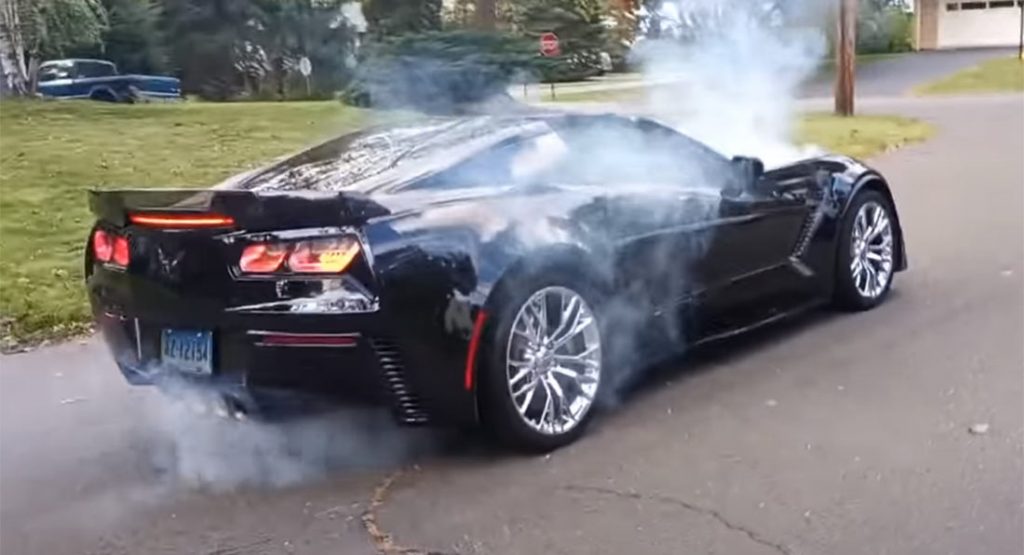 Doing a burnout in a powerful car like the C7 Corvette Z06 is one way to show off. However, just because you can drive a Z06, that doesn’t mean you can actually do a burnout in one, as this video reveals.

This clip was shared online a few days ago and shows someone trying to light up the rear tires. While it’s unclear if it was the owner behind the wheel, the person driving maybe should have tried their skills on something cheaper before doing it in a car like the C7 Z06.

That’s because, as they attempt to spin up the rear wheels, all they do is burn the clutch to smithereens. Smoke can be seen billowing out from the underside of the car for several seconds before the driver decides enough is enough and lets off the accelerator.

One would have thought that, once they tried to do a burnout and realized the rear tires aren’t spinning, they’d let off the accelerator. In addition, most drivers would immediately recognize the smell of the burning clutch and again, let off the throttle. This driver did neither of those two things and kept on trying, destroying the clutch in the process.