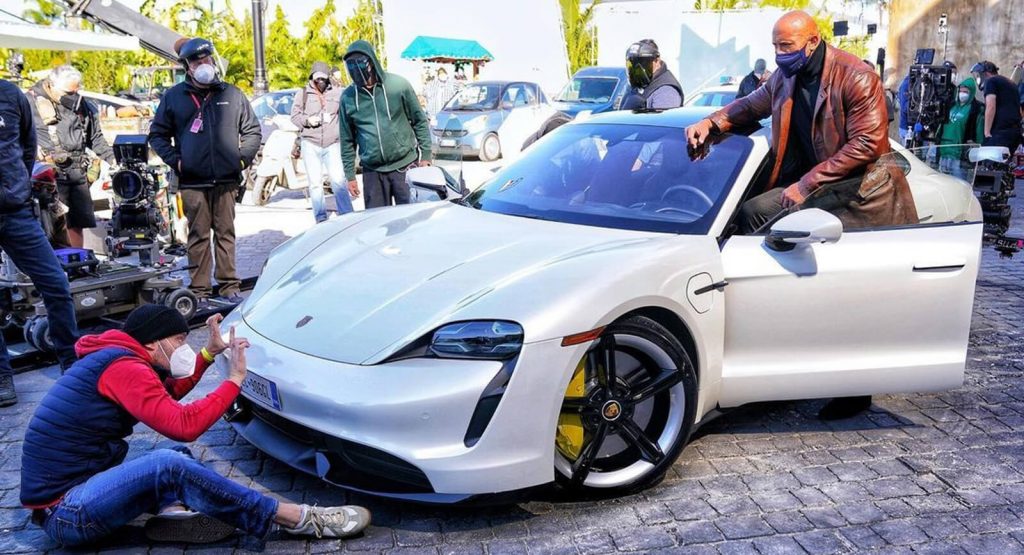 Dwayne ‘The Rock’ Johnson has found it impossible to fit inside several sports cars over the years, and the Porsche Taycan is just the latest.

The Rock’s first encounter with the German electric super sedan took place on the ‘Red Notice’ movie set, as he was supposed to film a chase sequence that took many months to prep and included buying and shipping the car to the U.S.

As he revealed to his 203 million Instagram followers, the actor got stuck “because his back is a bit too wide”. After some nervous laughs and a discussion with the director, they overcame the situation and managed to film the shot in a “creative” manner. Did that include another car or did they simply modify the Taycan? Guess we’ll have to wait for the Netflix movie to be released next year to find out.

The Taycan is offered in three different versions in our market, named the 4S, Turbo and Turbo S.