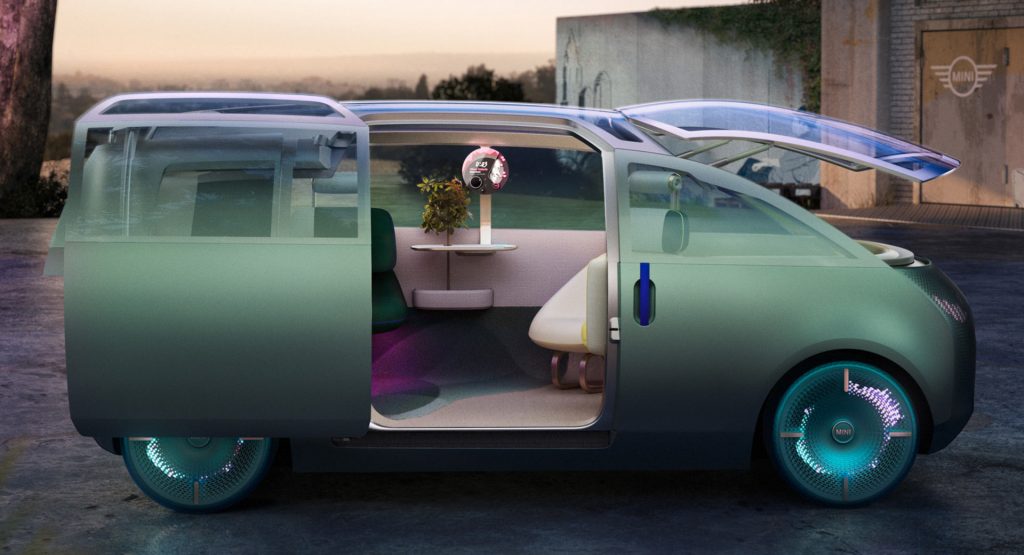 MINI has taken the wraps off the Vision Urbanaut, which is a new digital concept.

Designed from the inside out, the Vision Urbanaut is a futuristic minivan which features a single sliding door with a “cutting-edge slide and swivel mechanism” that enables it to be relatively compact.

Once the door is opened, it reveals a four-seat interior with front chairs that can rotate to face the backseat. While that not too unusual, the car has special features for when it’s parked. 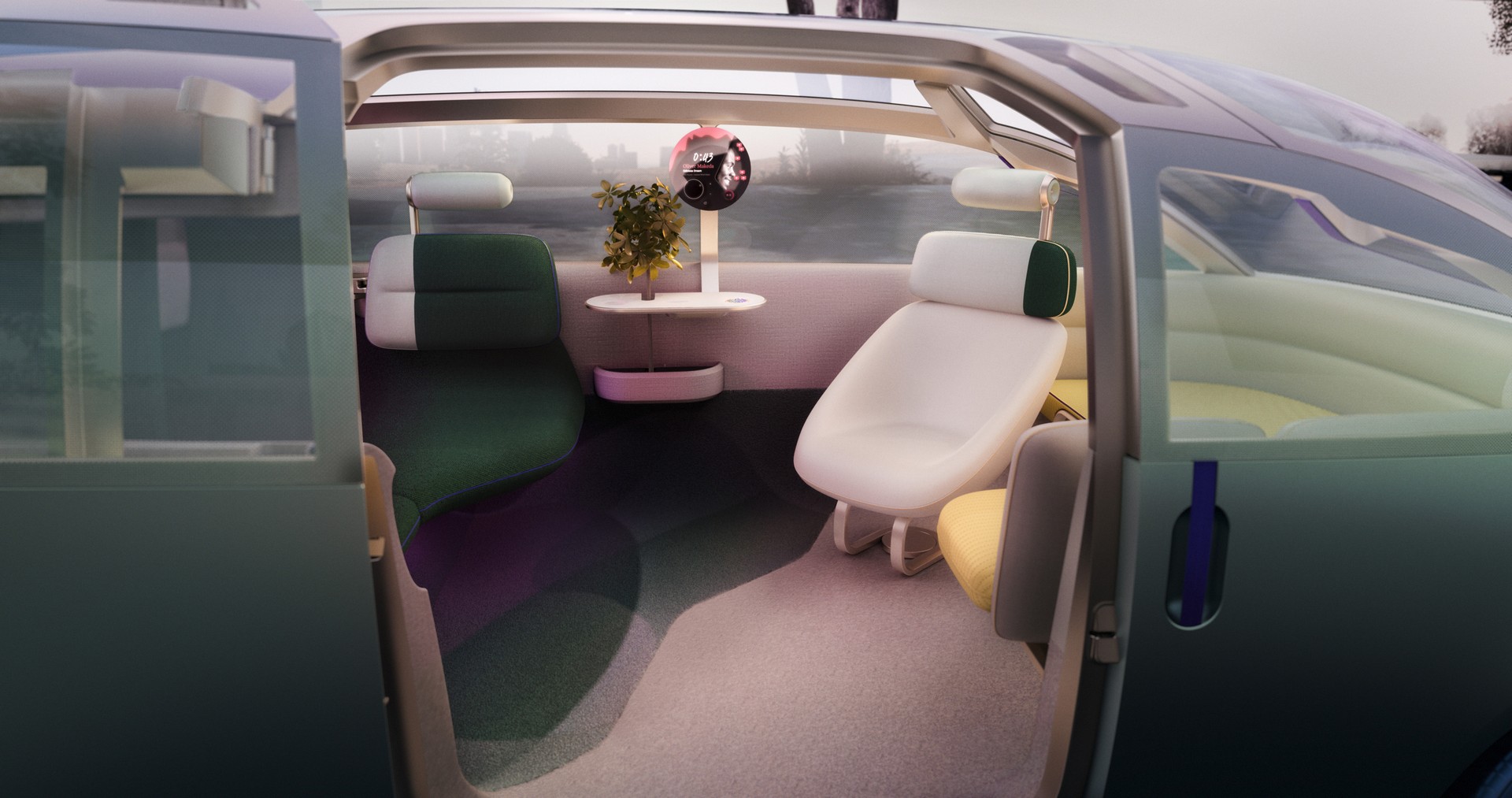 In particular, the dashboard lowers and the driver’s seat transforms into a comfortable daybed. The windshield can also be opened upwards to “create a kind of Street Balcony.”

Elsewhere, there’s a “Cosy Corner” that features a stylish rear bench with an illuminated “Loop.” It also has a table and a plant, which makes the Vision Urbanaut feel more like a living room than an automobile.

The unique design is visible elsewhere as buttons and switches have been eliminated. The model also a features a circular display which is positioned in the middle of concept as that’s where passengers “meet.” 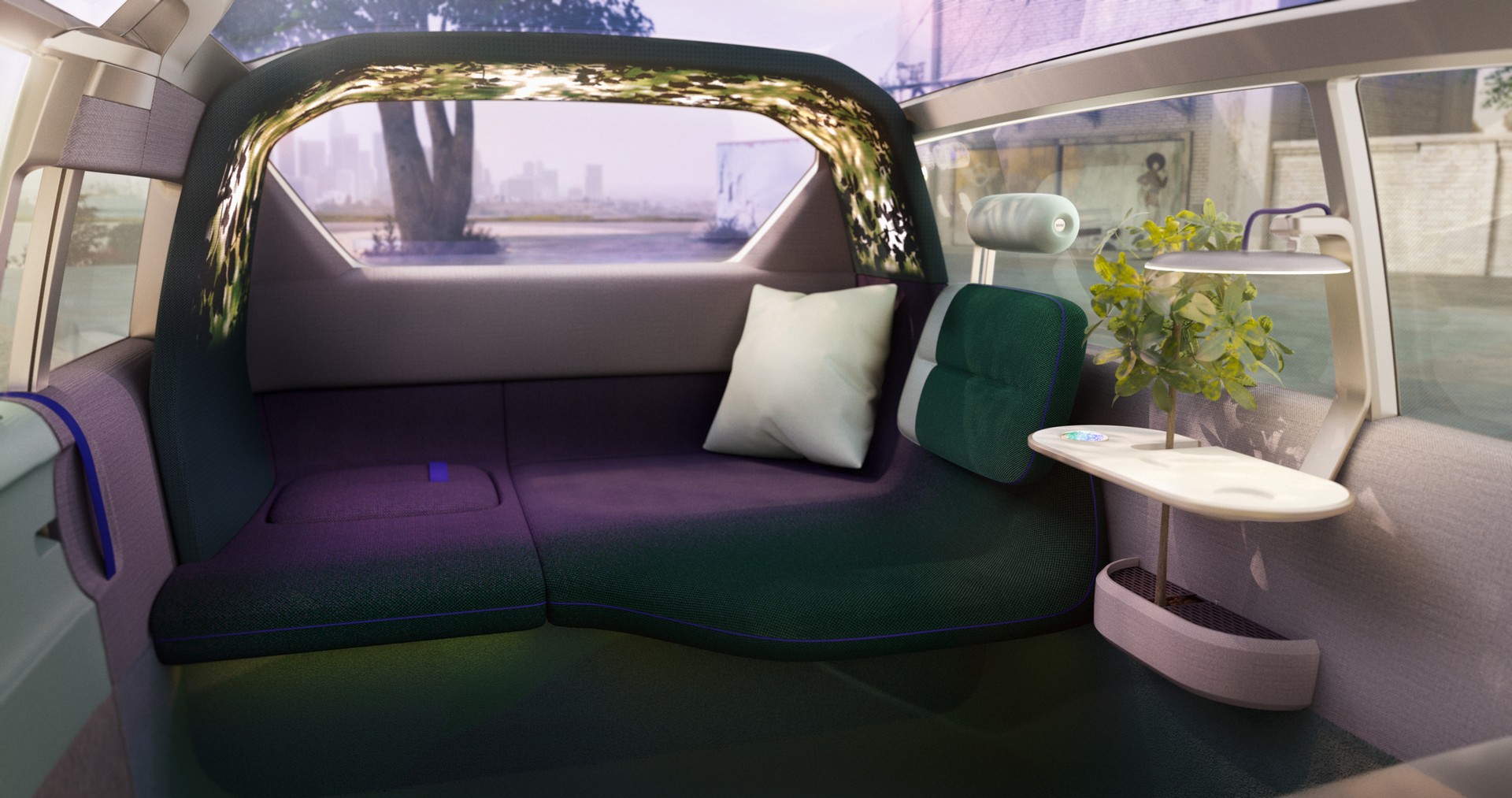 Speaking of switchgear, the concept has a so-called “MINI Token” which is roughly the same size as a worry stone. It provides access to three MINI Moments which are called Chill, Wanderlust and Vibe.

MINI says Chill mode “invites you to catch a breath and pause in the here and now” as the “car becomes a kind of retreat, a haven where you can relax – or work with full concentration – during a journey.”

Vibe mode is designed for parties, while Wanderlust mode is for when the vehicle is being driven. The company also envisions other MINI Moments such as a customizable setting where people could set their desired ambient lighting, music and fragrance choice. 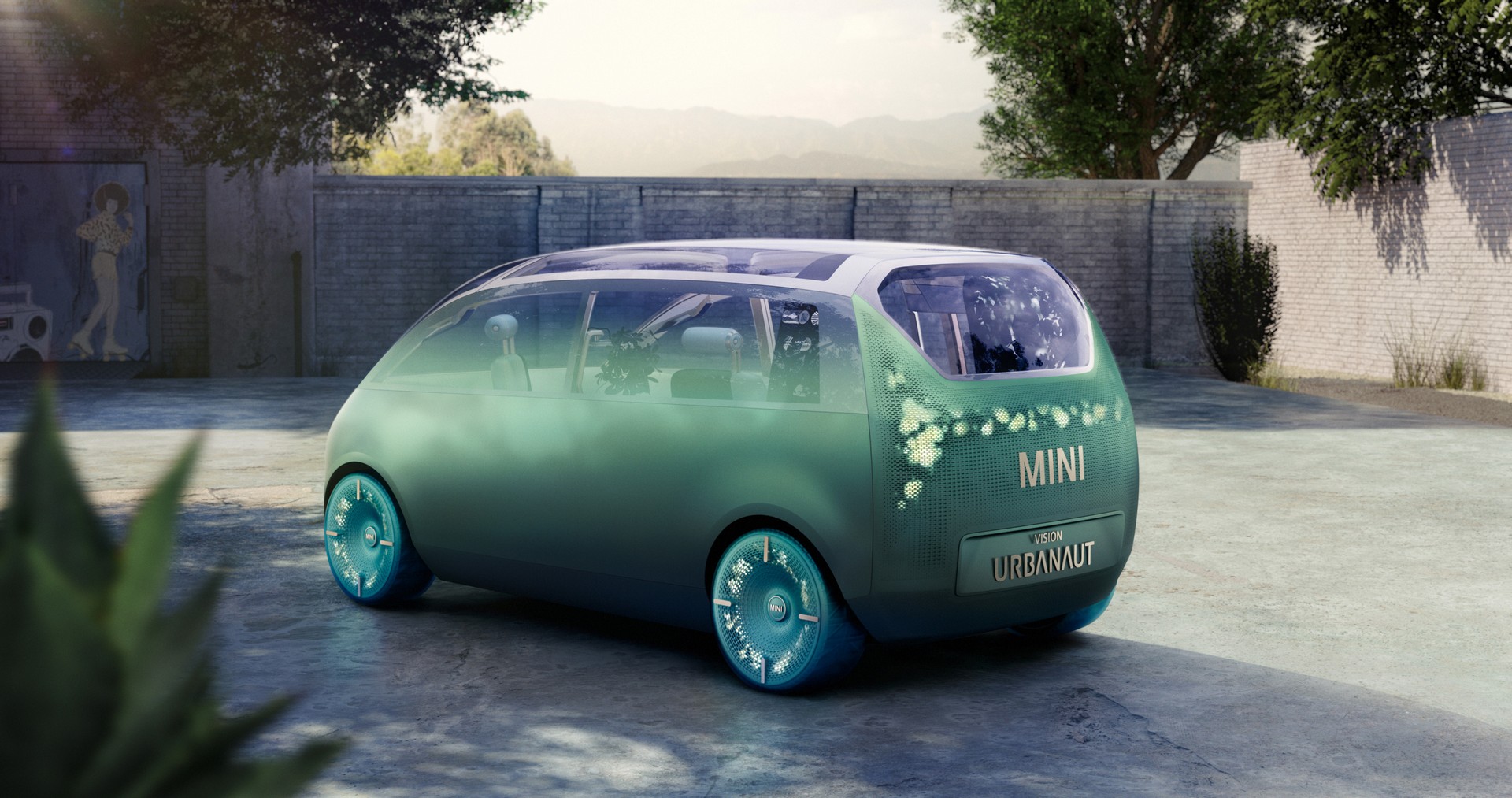 On the outside, the Vision Urbanaut shows a new face for MINI as it features ‘hidden’ headlights which are only visible when they’re turned on. That isn’t their only trick as they can display multi-colored graphics to communicate with the outside world.

Since the Vision Urbanaut is an electric vehicle, it adopts an enclosed grille which serves as an “intelligence panel for automated driving.” The model also features a distinctive greenhouse, gradient fading and stylish taillights.

Designers also installed “illuminated skateboard wheels” which change appearance according to the selected MINI Moment. Another interesting touch are charms which are billed as reminders of places traveled or events attended. The charms are presented behind glass and this mimics the effect of a display cabinet.

As part of the concept’s eco-friendly focus, the model eschews leather and chrome for more sustainable materials. As a result, there’s knitted textiles as well as cork on the steering wheel and floor.

As you might have guessed, the Vision Urbanaut is designed to be driven autonomously. However, a quick tap on the MINI logo will deploy a steering wheel and pedals to allow people to drive themselves. Moreover, a “minimalist parallax display” also appears on the dashboard to provide information.

However, driving is largely an afterthought as the Vision Urbanaut is essentially a hangout which can travel when needed.