The 2021 Mercedes-AMG GT Black Series has set a new production car lap record around the Nurburgring Nordschleife, lapping the circuit in 6:43.616.

Behind the wheel during the record-breaking lap was GT3 driver Maro Engel. No modifications were made to the car for the run, although Mercedes did adjust various aspects of the car’s aerodynamics and suspension systems to eke out as much time as possible. A time of 6:43.616 eclipses the previous record of 6:44.97 held by the Lamborghini Aventador SVJ and set in July 2018.

Two times have been published for the lap. The first time, 6:43.616, is for the 12.8 mile-long track layout that has been traditionally used for lap record attempts. Since 2019, automakers have been encouraged to also complete a full flying lap of the 12.944-mile layout and the AMG GT Black Series completed this longer lap in 6:48.047. 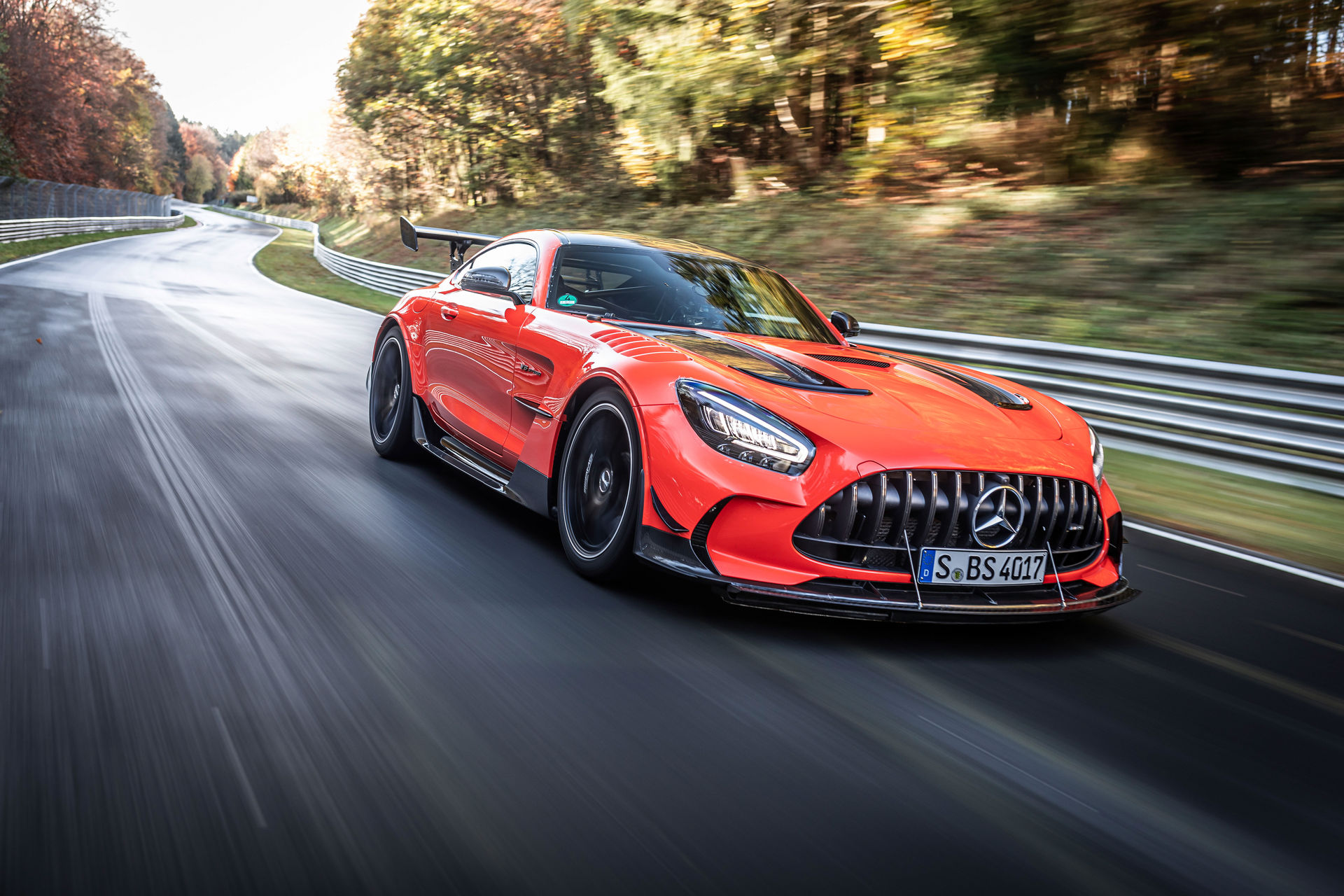 During the record run, the car’s carbon fiber front splitter was extended to the ‘Race’ position while the lower and upper wing blades of the rear wing were adjusted into the middle position. Elsewhere, the coilovers were lowered by 0.2-inches at the front and 0.1 inches at the rear, while the car had 3.8 degrees of negative camber at the front and 3.0 degrees of negative camber at the rear. The adjustable anti-roll bars were in their hardest setting and Engel adjusted the nine-stage traction control system between positions six and seven depending on the section of the track. The car was rolling on the standard Michelin Pilot Sport Cup 2 R MO tires.

“That was a really impressive ride,” Engel said after the record-setting lap. “With speeds of up to almost 168 mph in the Kesselchen section of the track and well over 186 mph on the long Döttinger Höhe straight, the AMG GT Black Series is significantly faster than my GT3 race car. To finally drive around the Nordschleife in 6:48.047 minutes (for the 12.944 mi total track) with a production road car in these track conditions is really awesome. Like my GT3 race car, the AMG GT Black Series offers a lot of adjustment possibilities, all of which enabled me to create a setup that was tailor-made for me.”