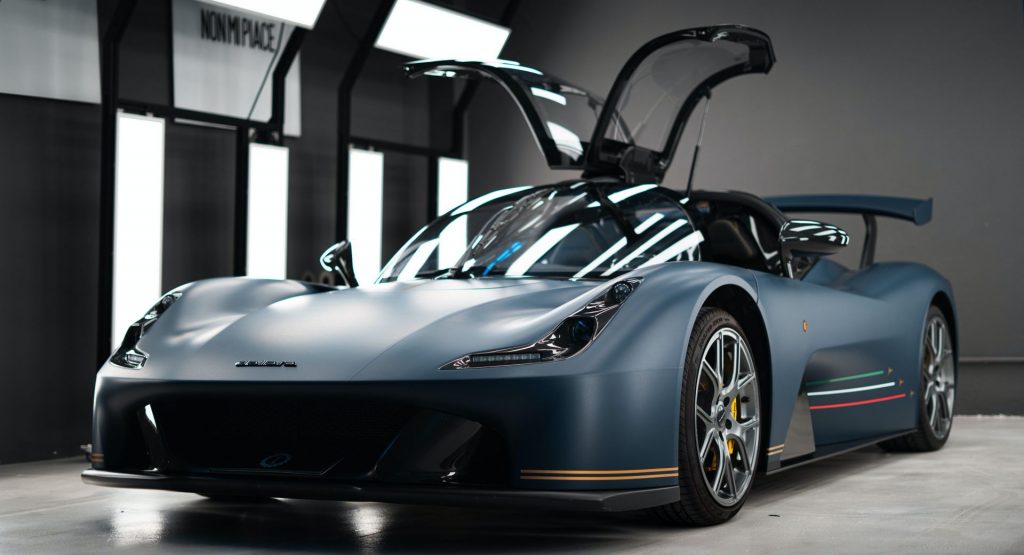 If you’re fortunate enough to own a Dallara Stradale, the least of your worries will be meeting another one on the road.

That’s because, with production limited to 600 units, it is bound to be a highly rare track toy you can also drive on the street if you have at least €155,000 ($183,000) lying around. Nevertheless, a Dallara Stradale owner from Italy commissioned Garage Italia Customs to make his street-legal track car look even more distinctive.

The aftermarket specialist’s proposal was to customize the Dallara Stradale with a livery that pays tribute to the iconic Fiat G.91 aircraft used by Italy’s National Aerobatic Patrol from 1963 to 1982.

Watch Also: Dallara Stradale Is The Perfect Car For The Off-Duty Racing Driver

The North American F-86 “Sabre” was the first jet used by the Frecce Tricolori, then replaced by the G.91 aircraft, with the same iconic blue livery enriched by three red-white-green arrows on the sides. On the occasion of the 60th anniversary of the world’s largest aerobatic team, we proposed to one of our dearest customers to customize his Dallara Stradale with a livery that pays tribute to the iconic G.91 that crossed the sky ‘till 1982. Read more on our HUB

Marking the 60th anniversary of the world’s largest aerobatic team, the Dallara Stradale’s livery combines a matte blue body wrap with three red-white-green (the colors of the Italian flag) bands on the sides and subtle orange stripes on the front bumper. It also sports the number three finished in orange on the rear deck, a tribute to the G.91 plane that used to wear this identification mark.

The livery may look familiar to some of you because Pagani Automobili used a similar one on the Zonda Cinque Tricolore from 2010. That one-off supercar was priced at around $1.75 million, though, making the Dallara Stradale PAN LX Anniversary a bargain in comparison.