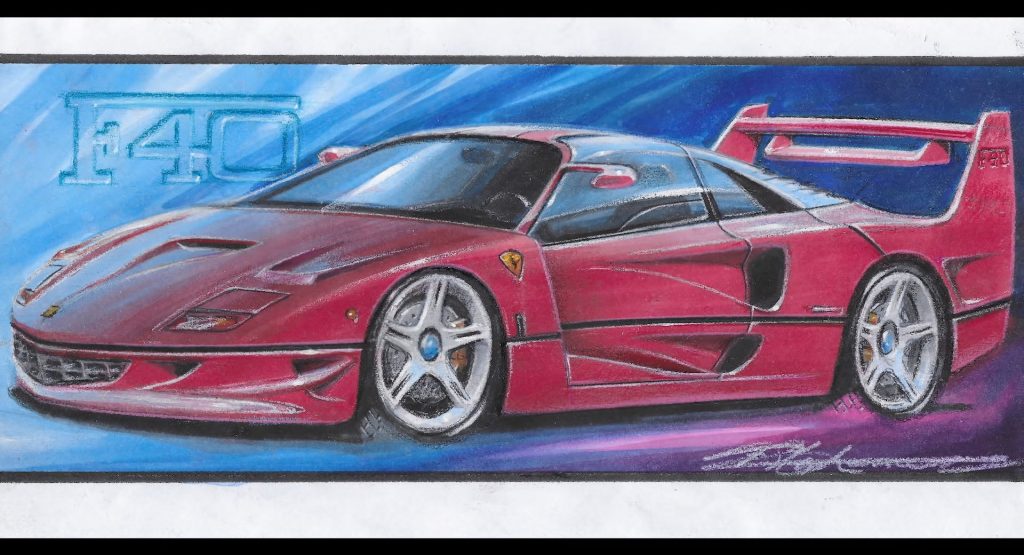 The Ferrari F40 is one of the most iconic supercars ever designed but that hasn’t stopped noted car designed Frank Stephenson from attempting to redesign what was the first production car to go 200 mph (320 km/h).

The overall shape of the F40 shares very little in common with other Ferrari models that came before it, or those that have come after it. Stephenson’s re-designed F40 includes a host of significant alterations to the exterior of the supercar that doesn’t only transform its looks but would also improve its aerodynamic performance.

At the front, the Ferrari has received a new nose that is more pointed and includes a prominent grille. In addition, Stephenson has implemented a large NACA duct on the hood. Significant changes have also been made to the roof of the F40 where the doors include windows that encompass part of the roof. The wing mirrors have also been repositioned higher up on the A-pillars to give the car a very distinctive look.

Changes have also been made to the sides of the F40, including the implementation of two large air intakes to help provide the mid-mounted engine with fresh air while also helping to cool the rear brakes. The modifications are rounded out at the rear with an enlarged rear wing that supports a second wing to increase downforce.

It’s very unlikely that Ferrari will ever launch a car that resembles the F40 but if someone to order a modern-day interpretation of the F40 through the automaker’s Special Projects division, we’d love it to look like this.