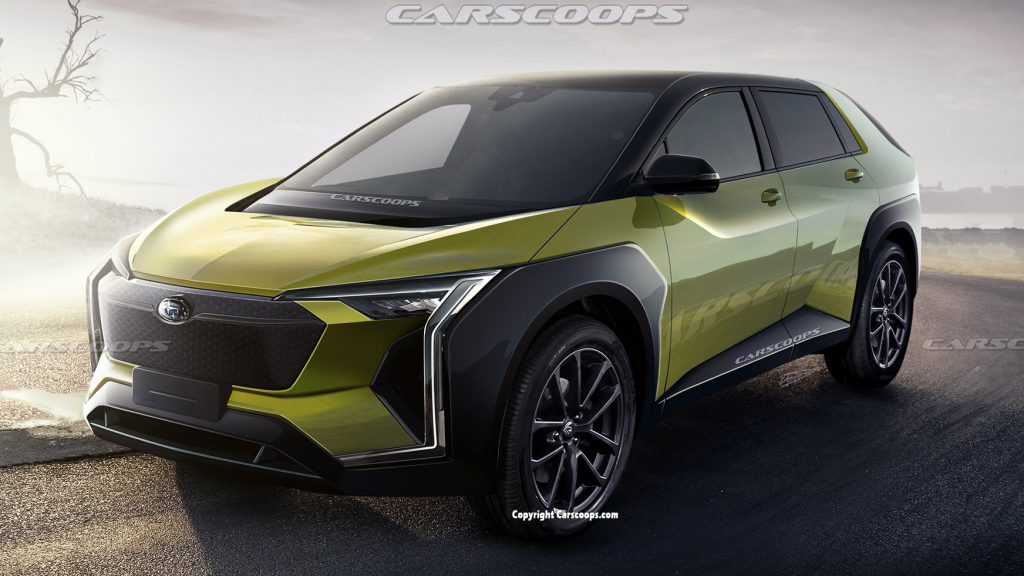 Subaru usually isn’t the first manufacturer that comes to mind when it comes to electric vehicles. The Japanese-domiciled brand is better known for its turbocharged boxer engines, symmetrical all-wheel-drive and family-friendly off-road prowess.

However, that’s all about to change with an all-electric crossover called the Evoltis. Co-developed with Toyota, it will be Subaru’s first proper foray into the EV scene. We saw an early conceptual mockupy back in January, yet what interests us most is how it’ll look in production form, so lets digitally envisage further, while noting that at this point, it’s not clear if the SUV will be a compact- (think Toyota RAV4), a medium- (like the Subaru Ascent) or an in-between size.

At first glance you could almost be staring at something from Ingolstadt; the faux hexagonal grille exudes a hint of Audi and its hawk-eye DRL lighting signature is futuristically Germanic. Elsewhere, the styling is an assortment of contrasting blocky cladding and tense, angular surfaces.

See Also: Everything We Know About The New 2022 Subaru BRZ

Being an EV allows the wheels to be pushed out to the furthermost corners for an athletic stance, while the contrasting roofline provides a very cab-forward aesthetic. Regular side mirrors replace the camera-based ones from the concept, and the frameless windows don’t make the transition into production either.

Out (the) back, the view is monolithic with flat surfacing and steeply-raked tailgate glass. Slim LED taillights span the width of the hatch and cascade vertically into 90-degree corners with virtually no curves anywhere.

Whilst we’ve yet to lay eyes on the interior, expect the latest in infotainment and connectivity, with dominant touchscreen displays, wireless charging, Android Auto & Apple CarPlay. It’s unknown if the Evoltis will use Subaru’s Eye-Sight X or Toyota’s Safety Sense (TSS 3.0) suite of driver assists. Either way, we could see Level 3 semi-autonomous driving as an option at least. 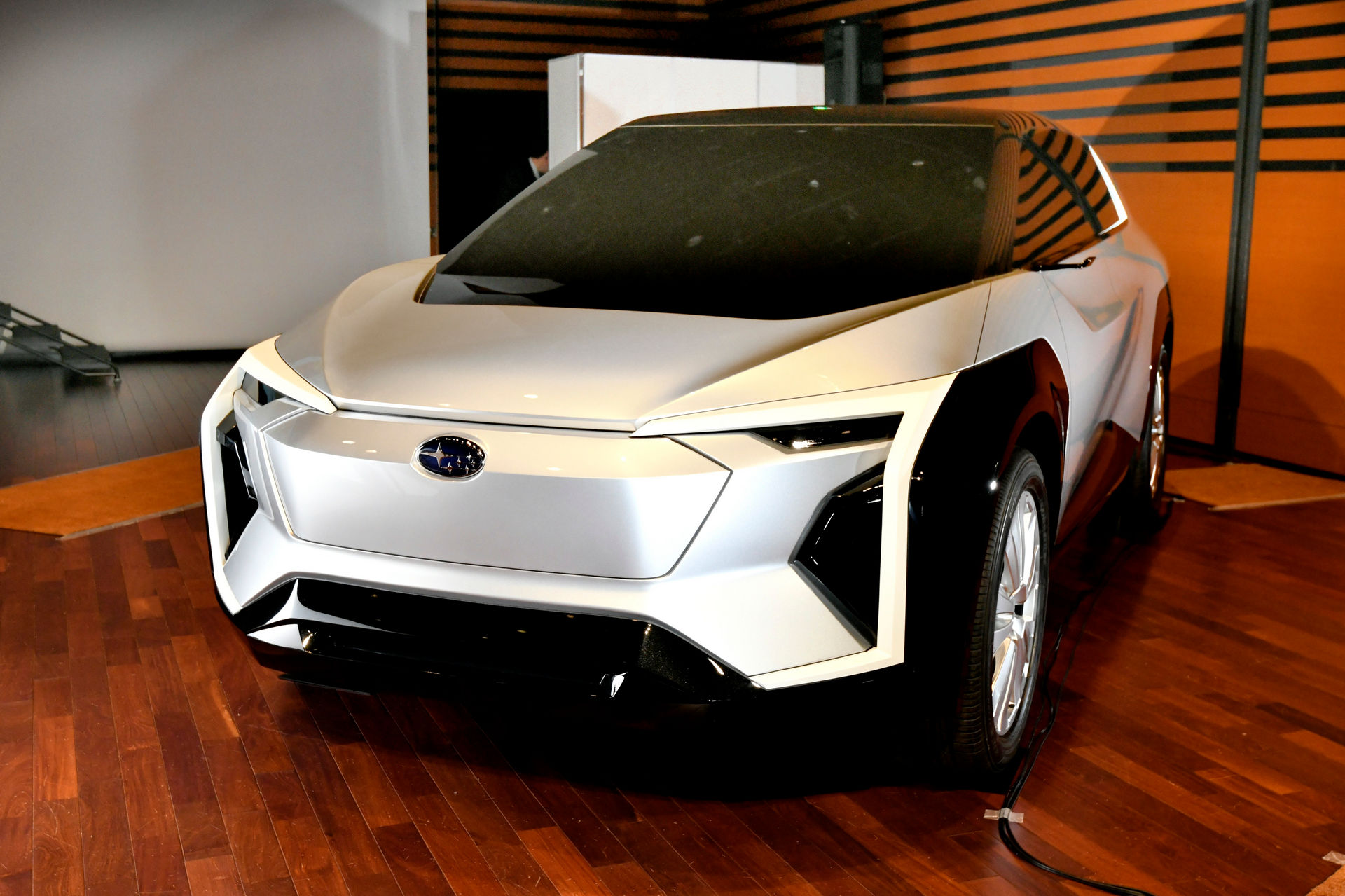 Read Also: What We Know So Far About The New 2022 Subaru WRX

Performance-wise, expect somewhere around 215 hp (160 kW) for the base dual-motor variant, and 402 hp (300 kW) for the higher performance dual-motor setup. The latter would be a fantastic combination for go-fast cosmetic and handling upgrades under the STi-branded banner.

An official reveal could come as early as 2021 or 2022 – possibly in pre-production form. However, Subaru could be push this back due to the pandemic and arrival of Toyota & Panasonic’s jointly-developed solid-state batteries, which will enter limited production from 2025.

What are your thoughts on Subaru’s electrified new crossover? Share your views in the comments below.