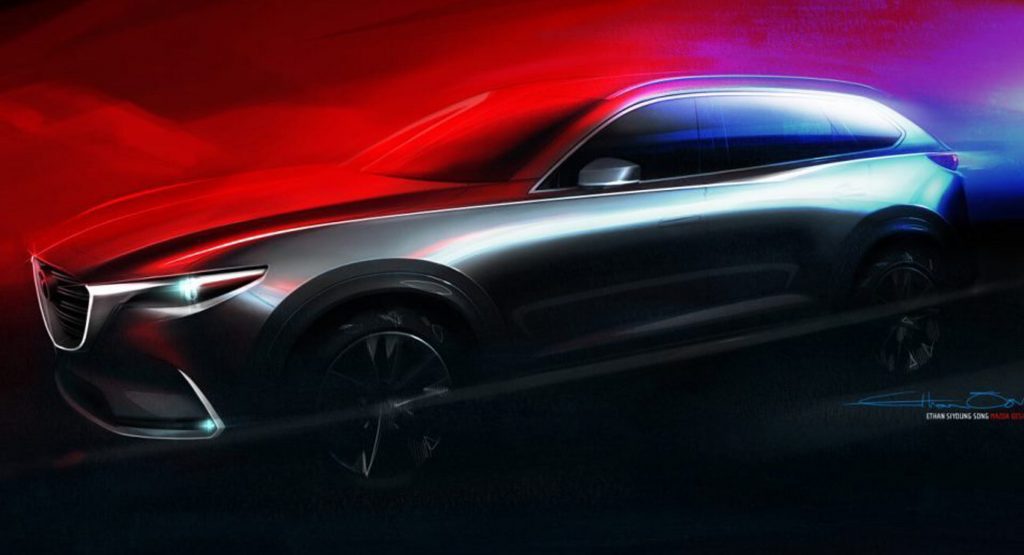 Mazda used their second quarter financial results to tease their upcoming inline-six engine, but that wasn’t the only interesting thing included in the company’s presentation.

Mazda also wants to raise their “brand value” by investing in unique products and technologies. As part of this effort, the company is investing in a longitudinal architecture which use the upcoming inline-six engine. The presentation also suggests there will be petrol, diesel and Skyactiv-X variants of the upcoming powertrain. 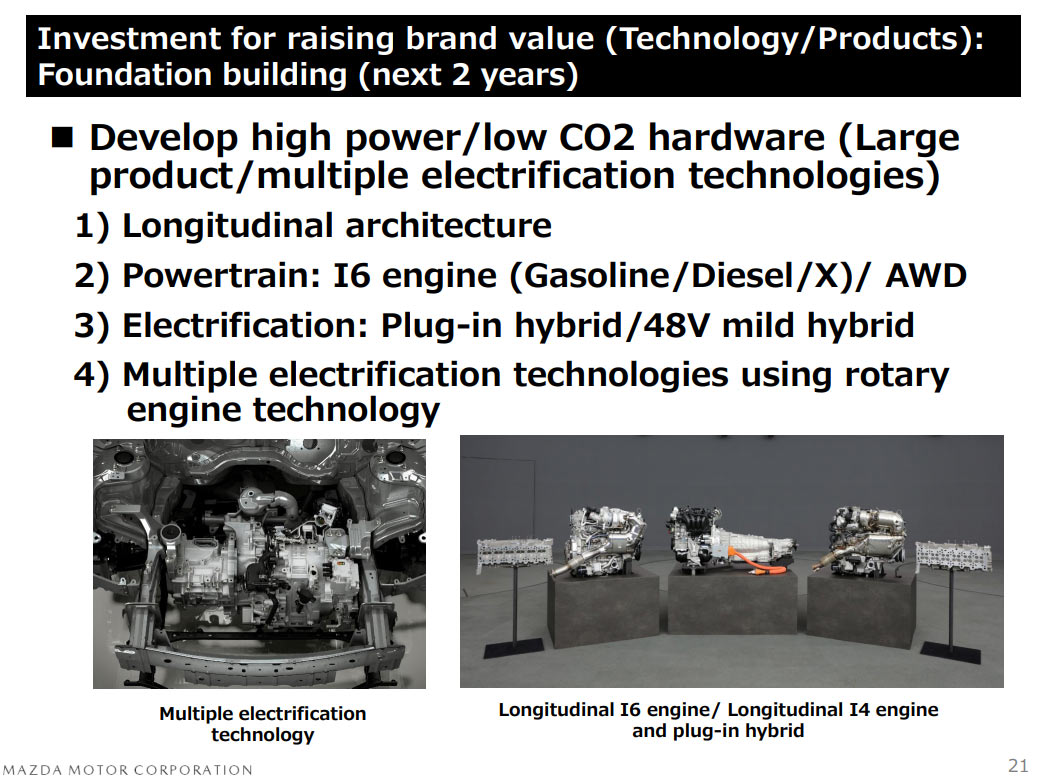 Longer term, the company will embrace electric vehicles and develop an “exclusive” platform to underpin them. The company will also focus on autonomous driving and greater vehicle connectivity.

In the United States, Mazda is aiming to increase annual sales to 450,000 units. As part of this effort, “next-gen” dealerships are being built and customer financing should be improved thanks to a partnership with Toyota. Speaking of Toyota, Mazda will promote its American ties thanks to the new Mazda Toyota Manufacturing plant in Alabama.

Mazda has been tight-lipped about what they will built at the plant, but they have already said it will be a crossover with a production capacity of 150,000 units annually.  That isn’t much to go on, but the presentation confirms the upcoming model will be offered with a Toyota-sourced hybrid system.

Mazda will also offer what appears to be a badge engineered version of the Toyota Yaris. Little else is known about the model at this point, but it will be a hybrid that will be sold in Europe.

Thanks to Ken for the tip!