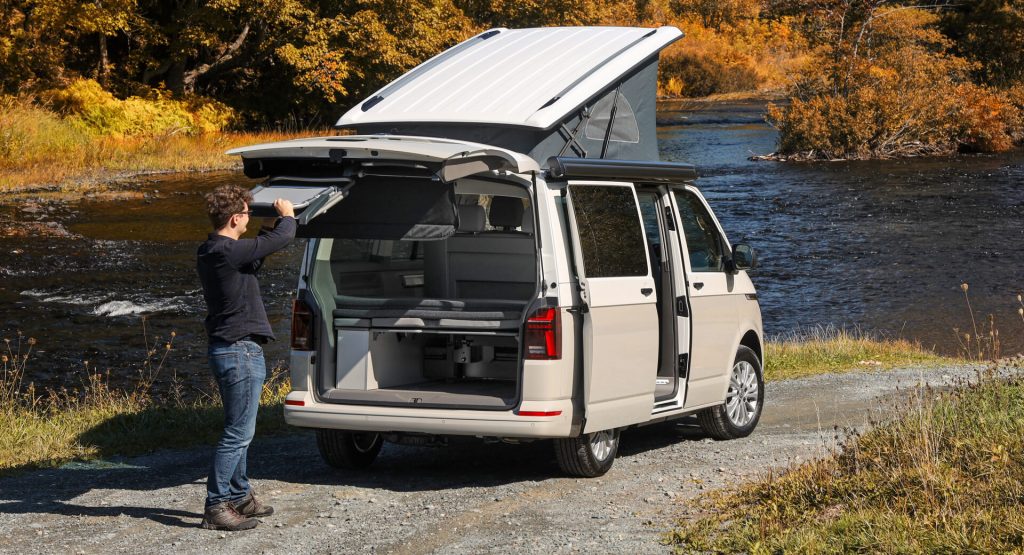 VW didn’t launch the new California 6.1 Beach at the end of October as it was initially announced, but the small camper van is finally up for sale in the United Kingdom.

“The California van has been the camper of choice for many and provides the ideal companion to explore some of the UK’s most popular destinations as more people continue to opt for staycations instead of travelling abroad in these uncertain times”, said VW Commercial Vehicles Product Manager, Alice Axtell. “Our Van Centers are open for business and are adhering to all latest regulations, and of course customers can always visit us digitally.” 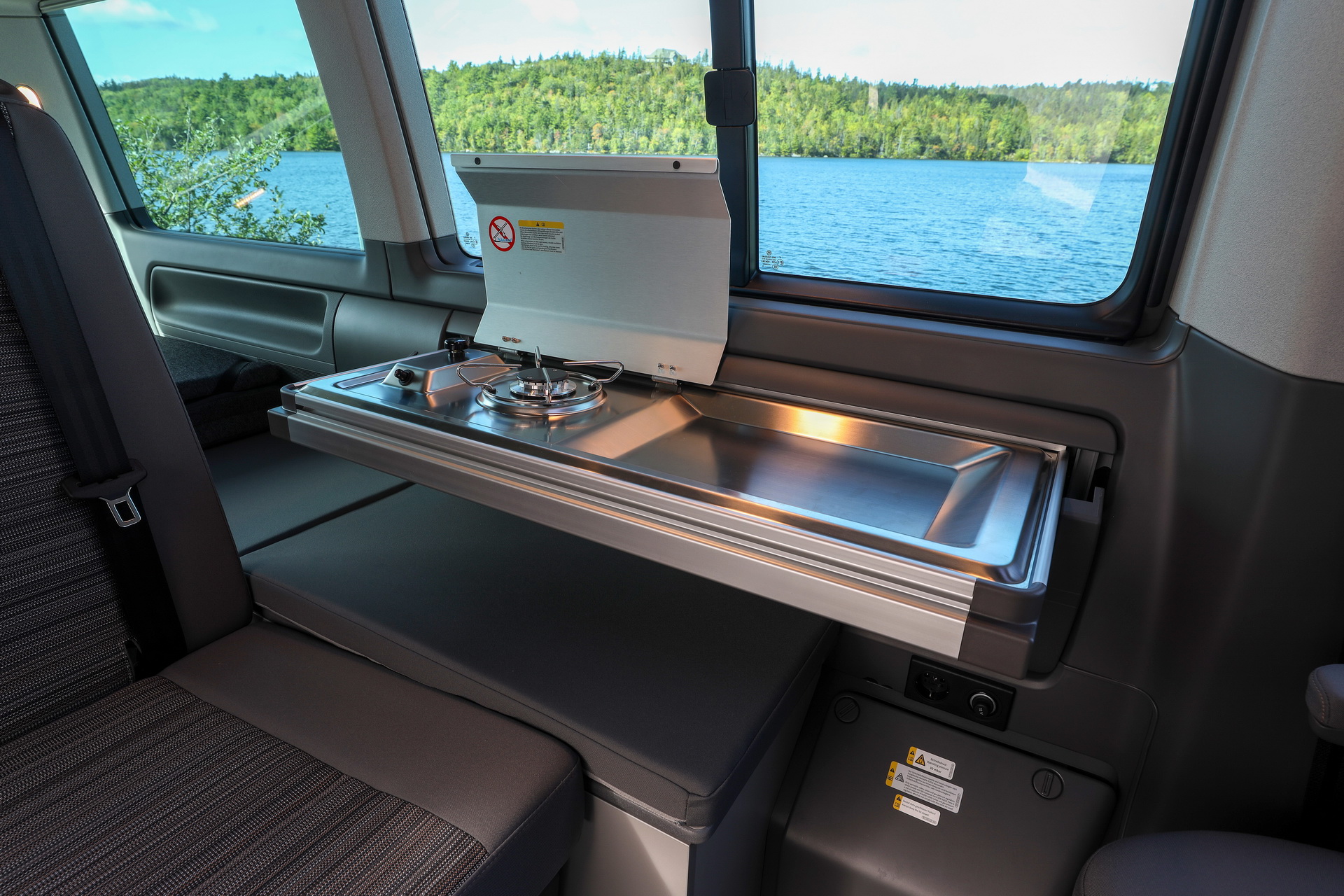 The California 6.1 Beach Tour has seating for up to five as standard, which can be increased to six or seven as an option, whereas the Camper has four seats and the option to order it with five, in addition to the pull-out awning and mini kitchen with a single gas hob.

Both models feature a pop-up hydraulic roof, which is manually operated, camping table with two folding chairs, DAB radio, 17-inch wheels and several other gizmos, including a range of active safety systems.

Regardless of the grade selection, the California 6.1 Beach is offered with a single engine, the 2.0-liter turbodiesel. The TDI power unit generates 150 PS (148 HP / 110 kW) and is hooked up to a seven-speed DSG automatic transmission.