The first passenger test of the Virgin Hyperloop has been completed in what the company views as a pivotal moment in the future of transportation.

Virgin Hyperloop conducted the test at its 500m (1,640 feet) long DevLoop test track in Las Vegas with the company’s chief technology officer, Josh Giegel, and its director of passenger experience, Sara Luchian, onboard. The duo were riding in a special two-seater prototype built specifically to demonstrate that passengers can travel safely in a hyperloop vehicle.

The test saw the XP-2 pod reach a top speed of 107 mph (172 km/h). Virgin Hyperloop’s ultimate goal is for passengers to travel at speeds of over 600 mph (~1,000 km/h) in 28-person pods. The company projects that a journey from Los Angeles to San Fransisco will take just 45 minutes producing zero emissions. More than 400 unoccupied tests of the system have been conducted at the company’s testing site.

The transportation system uses magnetic levitation, similar to high-speed rail projects in Germany and Japan, to lift small pods pod above the track and through a vacuum tube. This is the first time that the technology that was proposed by Elon Musk back in 2012 has been tested with people on board.

“For the past few years, the Virgin Hyperloop team has been working on turning its groundbreaking technology into reality,” founder of the Virgin Group Sir Richard Branson said. “With today’s successful test, we have shown that this spirit of innovation will in fact change the way people everywhere live, work, and travel in the years to come.”

Read Also: First Hyperloop Tipped To Be Built In India, Will Transport Passengers At Speeds Over 670mph (1000km/h)

This latest test was overseen by the Independent Safety Assessor (ISA) Certifier and in addition to confirming that passengers can travel in a hyperloop pod, demonstrated many of the critical safety systems that commercial hyperloop systems will feature. This includes “a state-of-the-art control system that can detect off-nominal states and rapidly trigger appropriate emergency responses.” 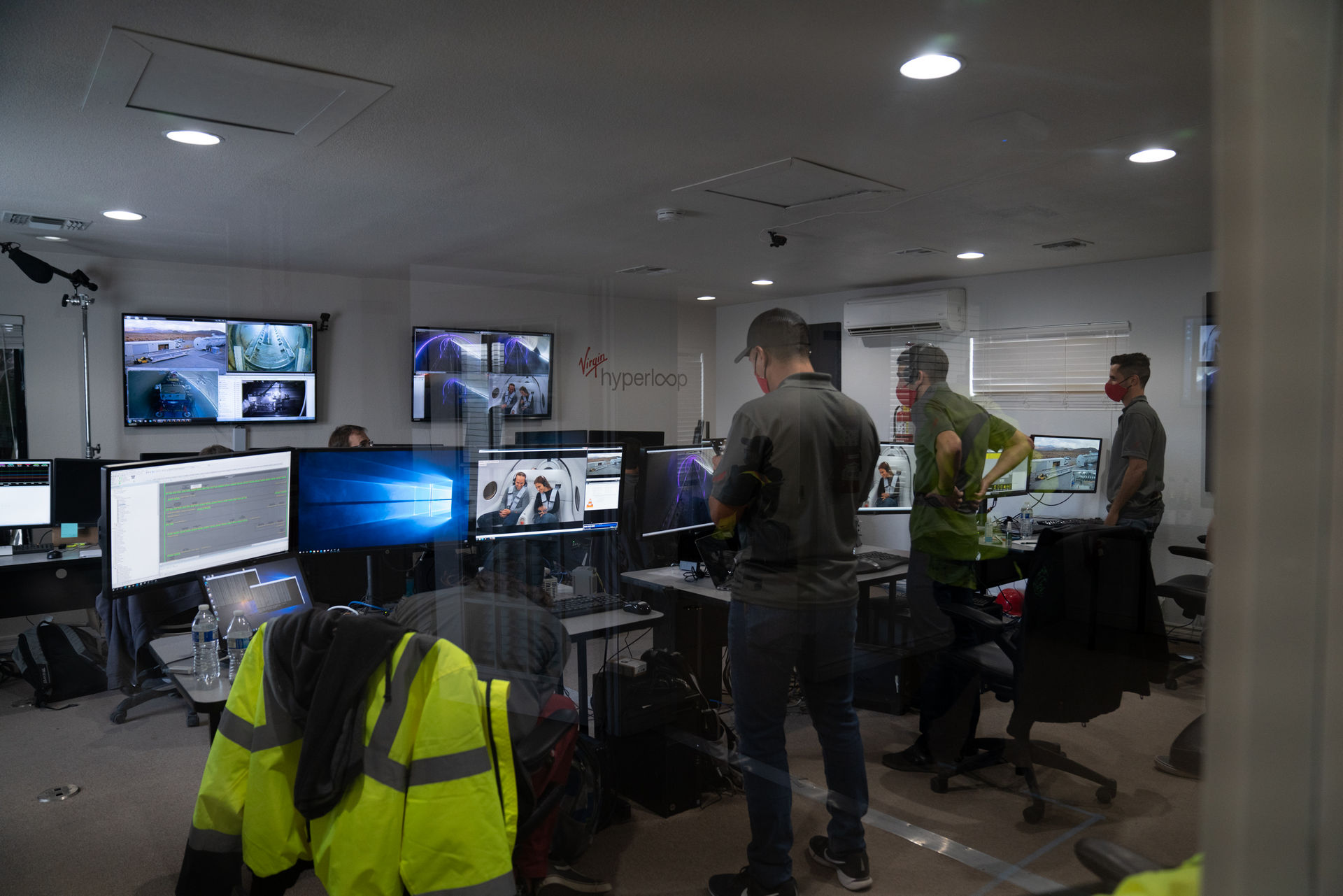 “I can’t tell you how often I get asked ‘is hyperloop safe?” Virgin Hyperloop chief executive Jay Walder said. “With today’s passenger testing, we have successfully answered this question, demonstrating that not only can Virgin Hyperloop safely put a person in a pod in a vacuum environment, but that the company has a thoughtful approach to safety which has been validated by an independent third party.”

Virgin Hyperloop wants to build a network of systems around the world, connecting many major cities. A lot of work needs to be done before that happens, however. In the immediate future, the company is working to raise $500 million to establish a six-mile test facility in West Virginia and thinks the system could be certified in 2025 or 2026.