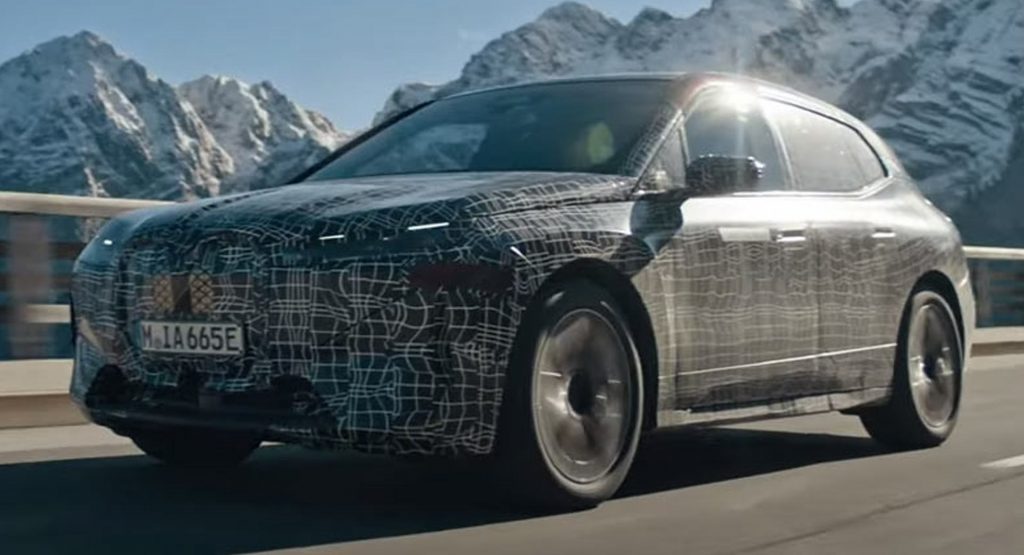 BMW has released its Chasing iNext mockumentary, ahead of the model’s debut tomorrow at 2:00 pm CET (8:00 am ET).

The six-part series takes a comical look at the development of the iNext which is billed as the “upcoming superstar of German engineering.”

While the series does have moments of enlightenment, it’s basically an unfunny vanity project that serves as one of the longest teaser videos ever created. That being said, it does show a tri-motor 5-Series EV prototype and jokes that Tesla is “worth more than BMW, Daimler and Volkswagen combined, despite BMW alone having sold six times more cars than Tesla in … 2019.”

Also Read: Get An Up-Close Look At The 2022 BMW iNext Electric SUV

The series also provides a handful of looks at the iNext, but virtually all of them are shown with camouflage. That being said, the series does show a partial glimpse of an iNext being built as well as a digital mock-up of the front end. The latter gives us a peek at the crossover’s headlights and fully enclosed grille.

The video doesn’t exclusively focus on the iNext as it also teases debuts from MINI and BMW Motorrad. Starting with the latter, it appears the company will introduce an electric scooter tomorrow morning at 10:00 am CET (4:00 am ET). Little is known about it, but it follow in the footsteps of 2007’s Link concept.

The MINI, on the other hand, appears to be a high-performance three-door hatchback. While we can’t see much, the model is likely the Electric GP that was recently seen by spy photographers. It’s slated to be unveiled on November 17th at 2:00 pm CET (8:00 am ET).