Snowmobiling is fun but driving around with a massive snowmobile on the roof of your car is not a good idea. Far from it, as a man in Wisconsin recently discovered.

This image was shared online by the Wisconsin State Patrol and shows an old Corolla with a Polaris snowmobile on its roof. As if that wasn’t bizarre enough, the Polaris was sitting… horizontally across the roof of the Corolla and only held on by a couple of straps.

The driver of the Toyota Corolla was pulled over while on Highway 63 in northwestern Wisconsin on Sunday, November 1.

“‘What do you mean I can’t drive down the road like this?’ Recently, a trooper in Polk County (Eau Claire Post) had to remind this motorist of the proper way to transport a snowmobile,” the Wisconsin State Patrol wrote on Facebook regarding the incident. “We want to remind everyone hauling any type of load that it may not extend past the fender line on the left side or extend more than 6 inches beyond the fender line on the right side of the vehicle.”

Clearly, the driver of this Corolla wasn’t complying with these rules. He was given a warning for the precarious transportation of the snowmobile and cited for not wearing his seatbelt.

According to the driver, Matthew Schmit, he had just purchased the snowmobile and was driving it to a friend’s house to show him.

“I know it looks sketchy, but we had it strapped down and shook it,” he told the Star Tribune. “Up like in this kind of region, stuff like this gets seen all the time, but more like the back roads.”

Schmit’s vehicle is rocking Minnesota license plates as he had purchased the car from there last Spring and never got around to transferring the title. 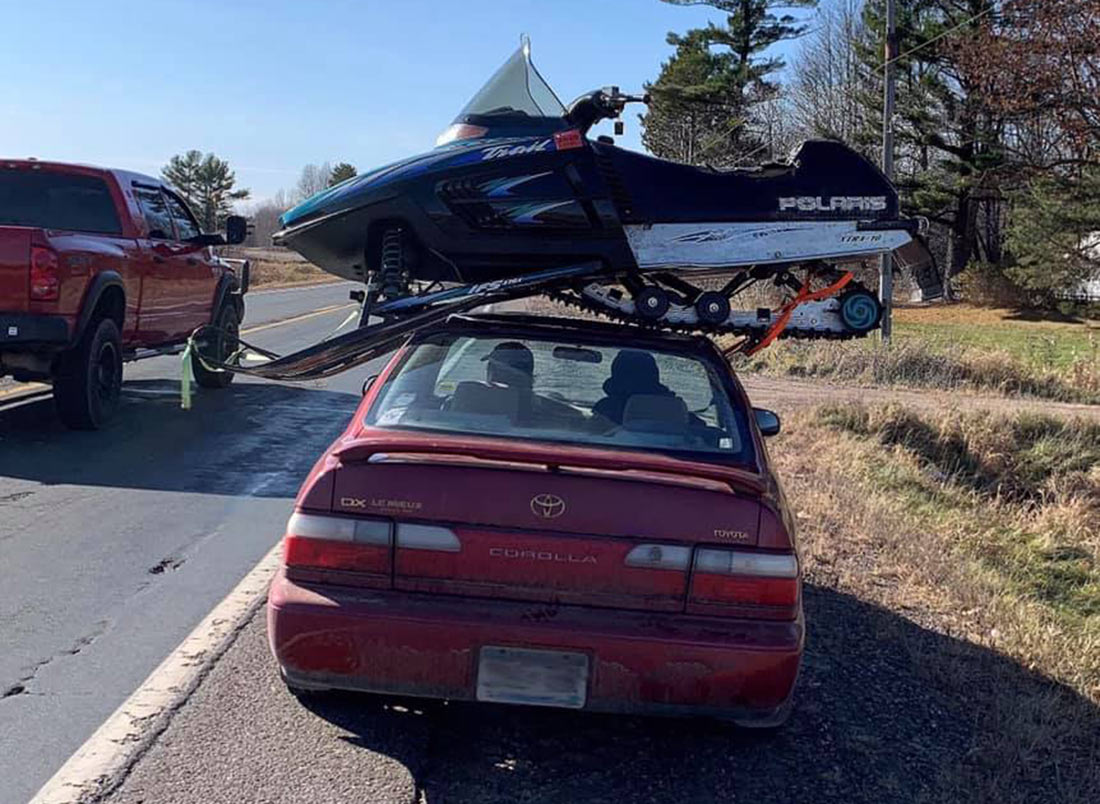