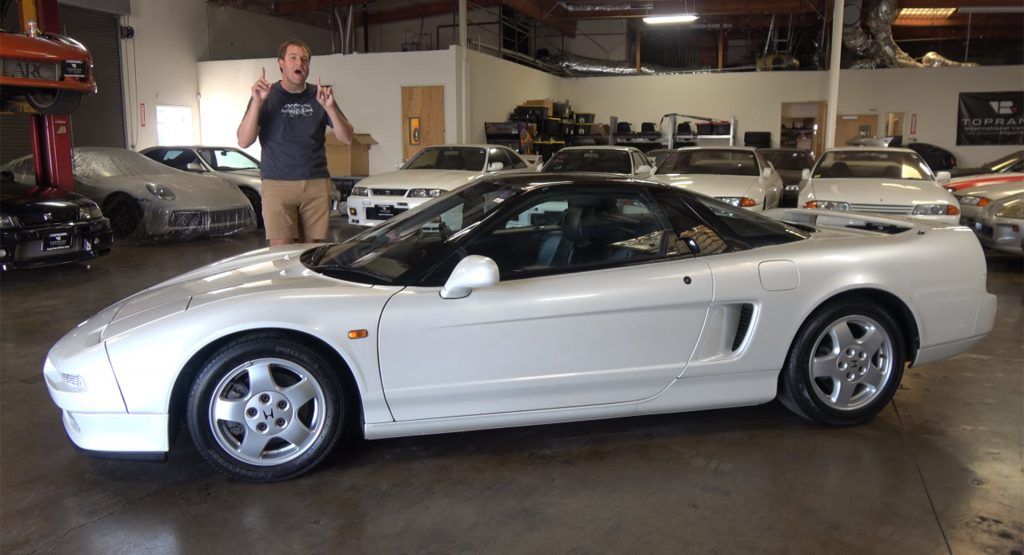 The Honda NSX, sold in North America under the Acura brand, is a true icon of the performance car world and in this clip, Doug DeMuro explains just what makes it so impressive.

The listing over at Cars & Bids reveals that this NSX is a JDM-spec model that was only recently imported into the United States from the selling dealership. While it is not currently registered or titled in the U.S., it comes with Japanese export certificates and all of its important documents, including EPA exemptions and U.S. Customs clearance.

Honda produced the first generation NSX between 1990 and 2005. It is powered by an all-aluminum 3.0-liter naturally aspirated V6 that is good for 276 hp and 217 lb-ft (294 Nm) of torque, which are sent to the rear wheels courtesy of a five-speed manual transmission. Formula One legend Ayrton Senna famously played a key role in the car’s development.

Prior to being imported into the United States, the car had all of its fluids and filters replaced and was fitted with new brake pads. In addition, it is being sold with service documentation from its tenure in Japan.

Throughout his review, DeMuro explains the usual array of “quirks and features” that we’re used to seeing from his videos. He also drives the NSX towards the end of the clip. As you would imagine, he is very impressed with it.