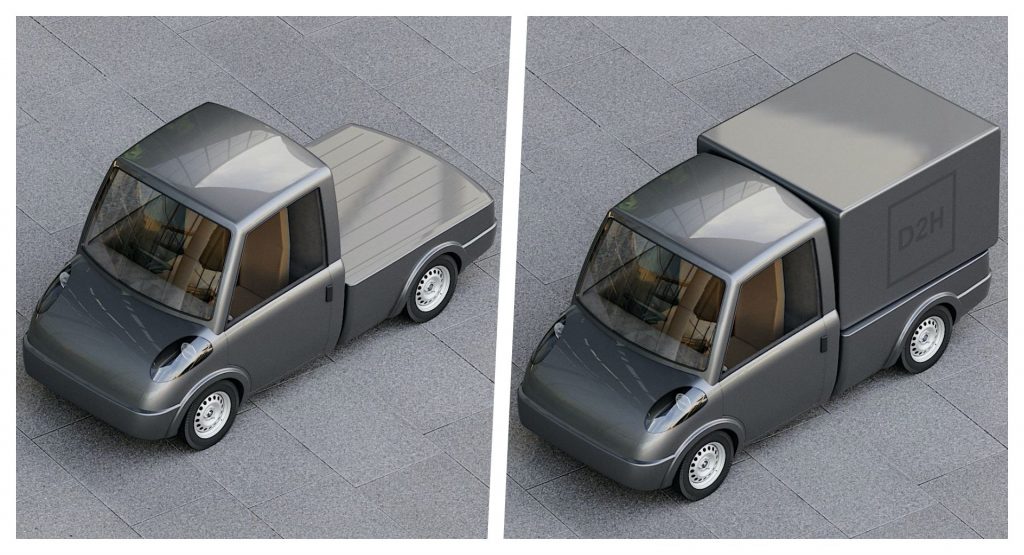 UK-based D2H Advanced Technologies, a specialist engineering and technology company, is developing a new, low cost electric vehicle chassis that it hopes will become a replacement for the traditional Tuk-Tuk.

Back in June, D2H released the first details of the project, including several renderings of its chassis. Now we get to learn more about the electric Tuk-Tuk rival and see what it will actually look on the street thanks to new images that reveal the body concept.

The company has shown two low cost options for the modular platform, namely flat-bed and box-van variants which, according to D2H, will cater to a range of uses. It also describes the body as durable and lightweight thanks to the use of fiber-reinforced thermoplastic polymer. 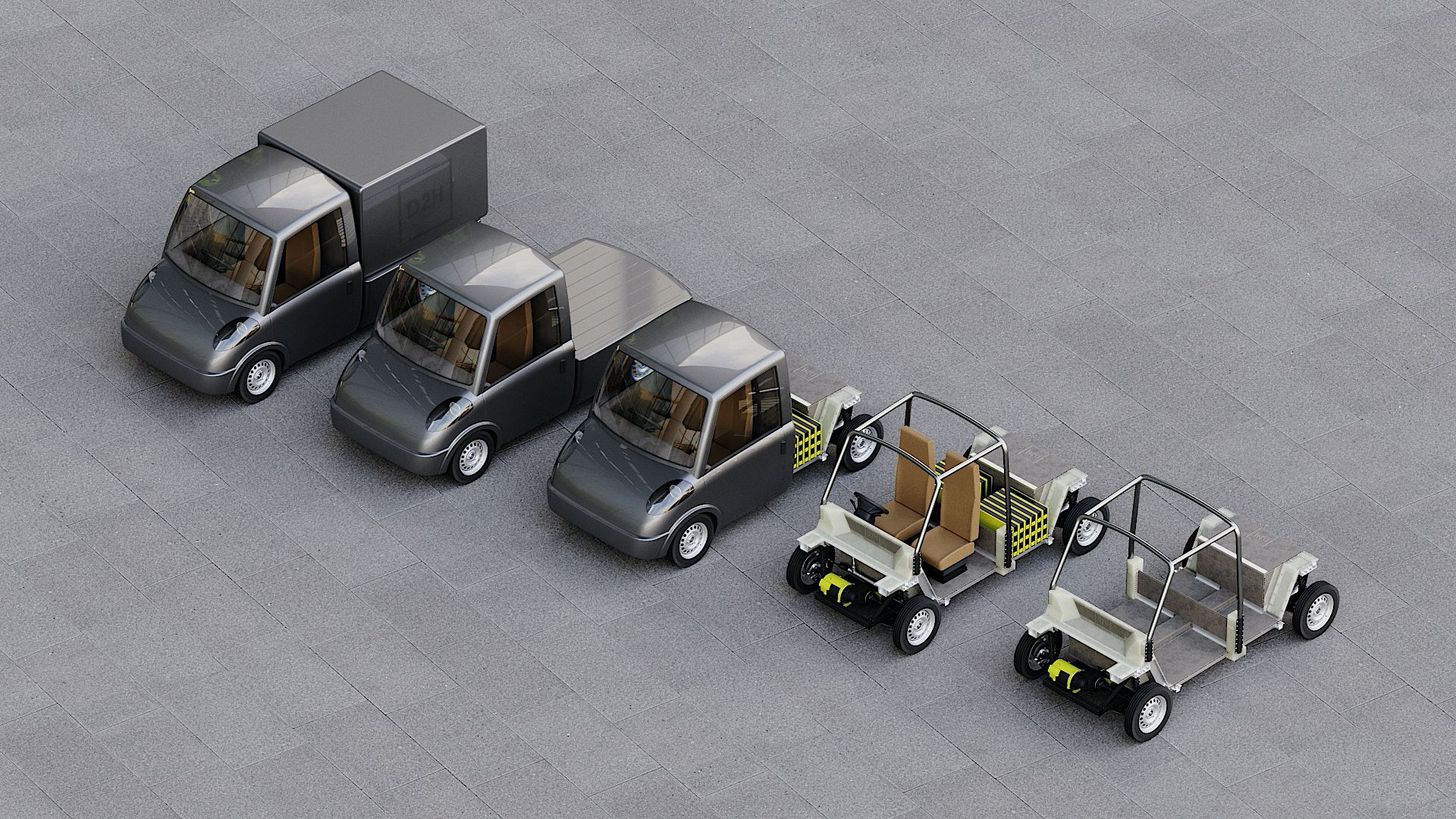 “The bodywork options demonstrate the versatility of the lightweight new EV chassis – there is a configuration suitable for any use and all at a similar, projected low-cost price point that directly competes with existing Tuk-Tuk alternatives,” said Matthew Hicks, D2H Engineering Director.

D2H says its Tuk-Tuk alternative will be able to deliver up to 12 hours of continuous use on a single charge. The electric drivetrain is still in the design stages, so no specs have been released. Depending on the configuration, the front-wheel drive chassis will be driven by a front-mounted motor with battery packs either between the rear wheels or mounted mid-chassis. 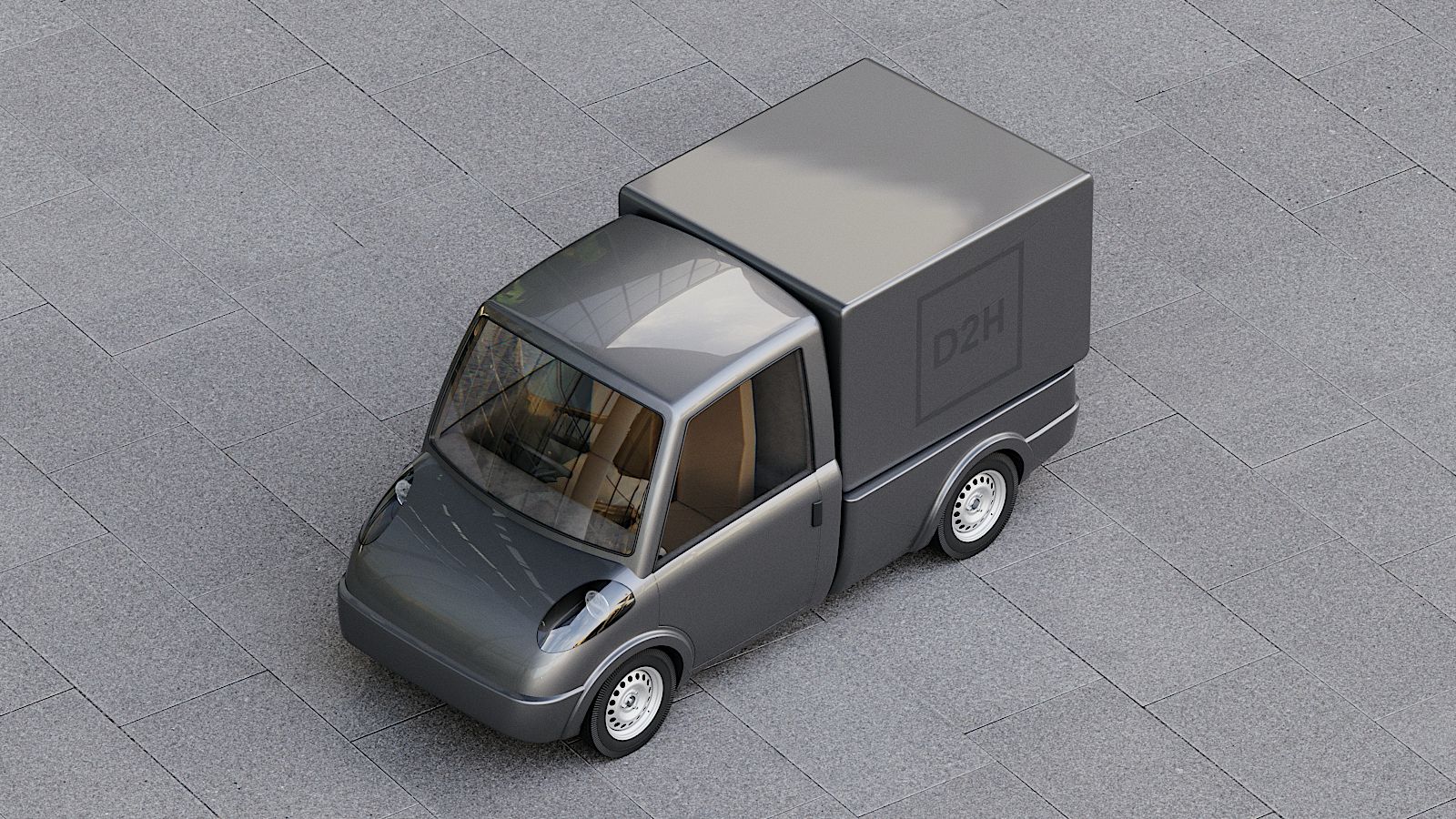 The vehicle is expected to weigh 480 kg (1,058 lbs) without the batteries. D2H says it is currently in talks with a number of potential partners in order to progress to prototype stage. The company stresses that the final design, although exempt from crash test assessment as it has L7E Heavy Quadricycle EU classification, will provide “significantly enhanced safety standards when compared to traditional alternatives”.

“Getting to the prototype stage will be a significant milestone,” Hicks added. “Our modeling tells us the chassis design will do everything we ask of it, but we are looking forward to seeing everything come together into a physical vehicle.”