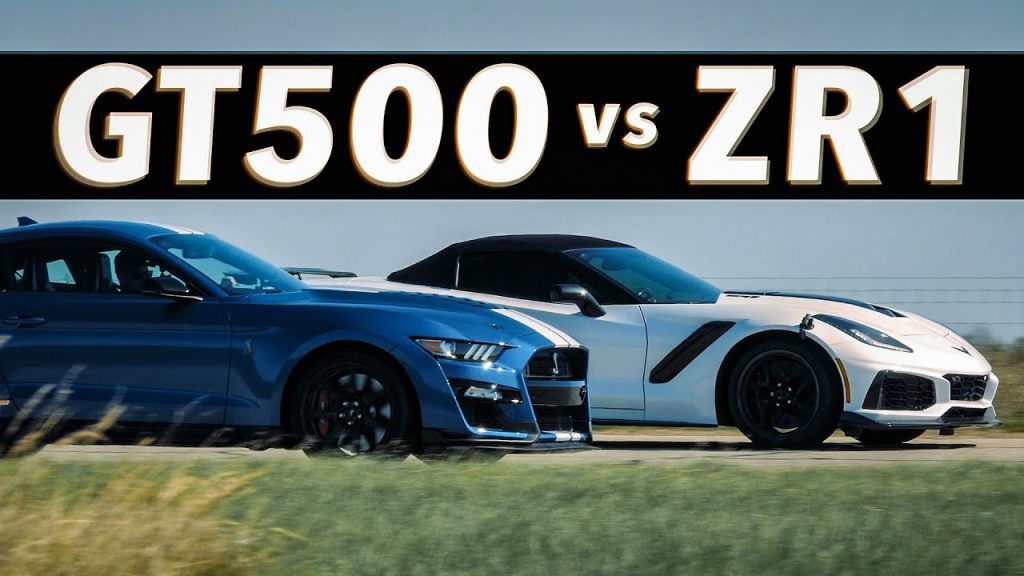 The C7 Chevrolet Corvette ZR1 and Ford Mustang Shelby GT500 are two of the most powerful production cars to come out of the U.S. in recent years and, while they do have their differences, they are very evenly matched when it comes to performance.

The Corvette ZR1 is powered by a 6.2-liter V8 with a 2.6-liter supercharger that pumps out an impressive 755 hp at 6,300 rpm and 715 lb-ft (969 Nm) of torque at 4,400 rpm. Sure, the C7 is no longer in production, but great examples can be found on the used car market and are perfect for buyers on the hunt for insane levels of performance.

Eager to see how the two match up, Hennessey Performance put the duo against each other for a series of drag races. A total of three rolling races were held and the two were well matched in all of them, so much so that it really comes down to the driver. It’s also worth pointing out that the ZR1 tested was a Convertible, meaning it weighs a touch more than a Coupe, slightly impacting its performance.

In the first race, it was the ‘Vette that picked up speed better and was able to maintain a strong lead, while in the second run it was the that Shelby that pulled ahead. So, who won the third, and final, run?