A five-car collection of hugely desirable exotics from the late 1980s and  early 1990s was spotted by the crew at Road&Track placed up for sale by Curated, a classic supercar dealership in Miami. While all five vehicles have been acquired by the same dealer, they are being sold individually.

The first of the bunch is a Mercedes-Benz 560 SEC AMG. This particular example was purchased new in 1987 and shipped directly to AMG Westmont. It is painted in its original shade of Black and includes matching ‘penta’ wheels.

The collection also includes three Lamborghinis. The oldest of the bunch is a 1988 Jalpa that is believed to be the last one that was produced for North America and the only example ever in Nero over Nero with white piping and white Silhouette wheels. It has a mere 3,200 miles on the clock. 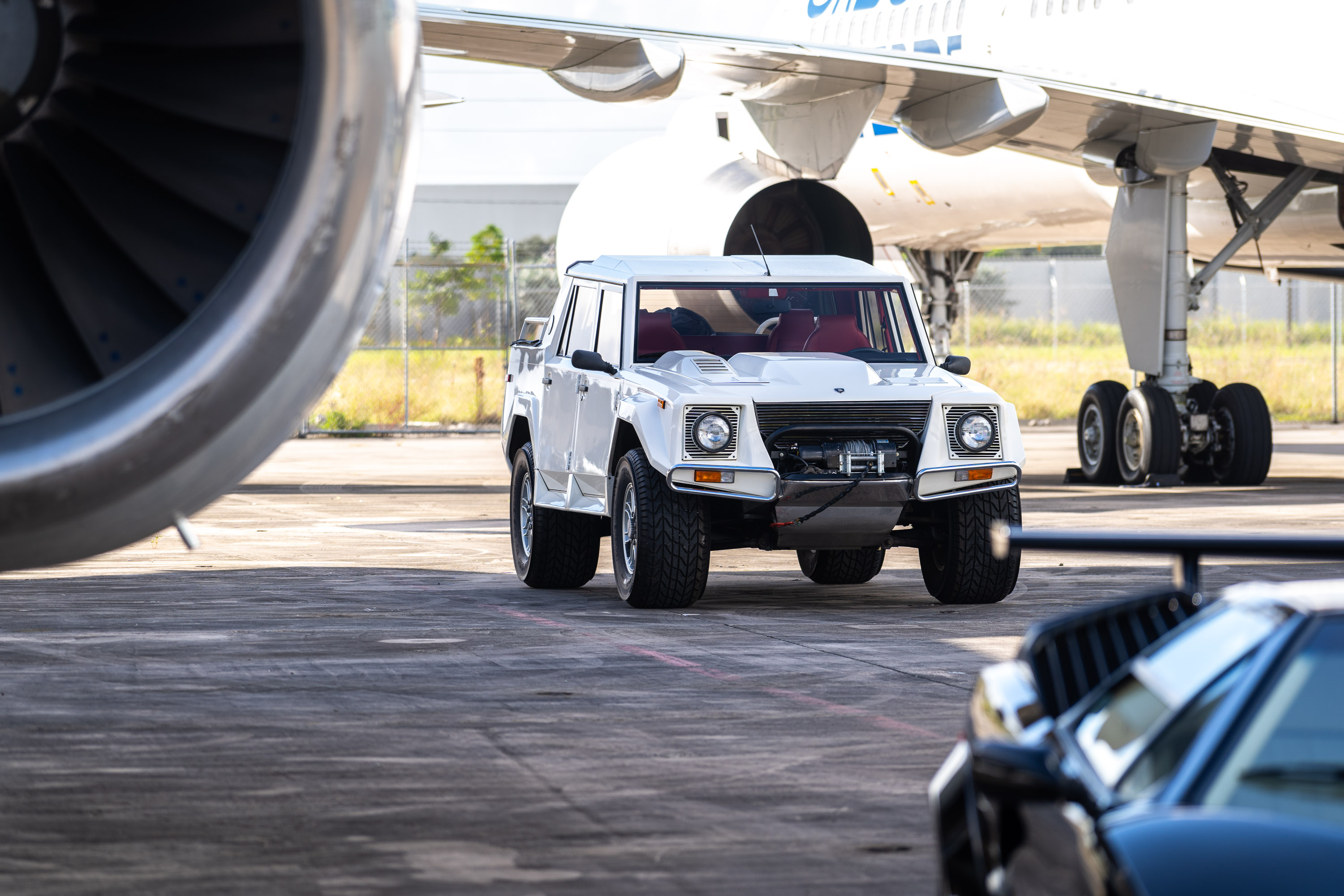 Joining the Jalpa is a 1989 Countach 25th Anniversary painted in Nero Tenebre with a Cream leather interior. It has also been very well kept and has 2,600 miles on the odo. Completing the trio of Lamborghinis is a 1990 LM 002 in Bianco Perlato with a red interior. It has only been driven for 1,200 miles and has the original Pirelli tires. The interior still features the factory plastic seat covers and the factory delivery keychain affixed to the ignition key.

Rounding out the unique collection is a 1991 Lotus Esprit X180R, one of just 20 examples produced worldwide. This Esprit was manufactured as a road-legal homologation vehicle for the British car manufacturer to compete in the IMSA Supercar Championship and has just 499 miles under the belt.