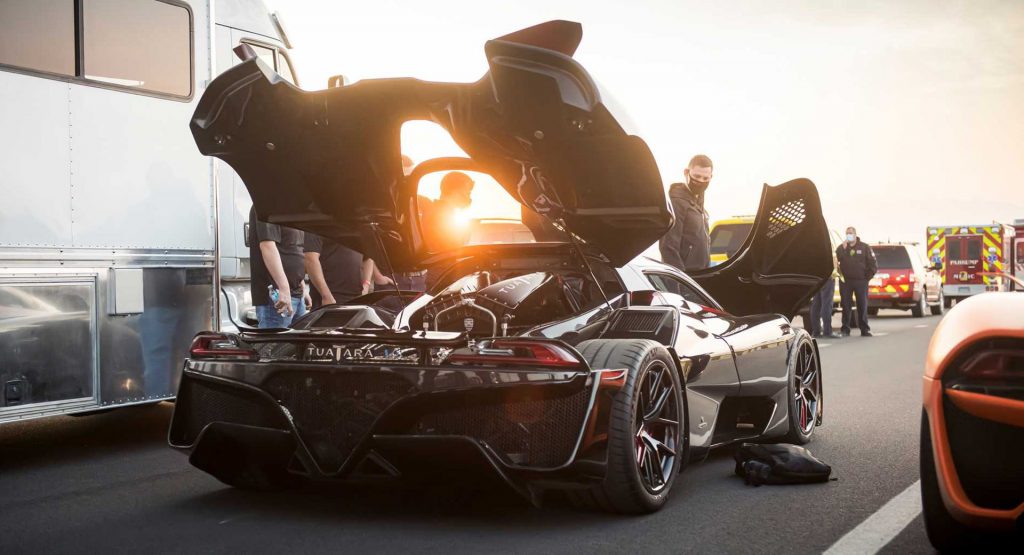 Unless you’ve been hiding under a rock for the past couple of weeks, you’ll know that SSC’s claimed production car top speed record with the Tuatara has been proven to be inaccurate, promoting company founder Jerod Shelby to confirm the small automaker will rerun the car and try again to set a record.

Initially, SSC claimed that the Tuatara hit a two-way average top speed of 316.11 mph (508.73 km/h) and a peak speed of 331 mph (532 km/h) driving along a road near Las Vegas. Those on the internet soon discovered that the video of the record 331 mph was filled with inconsistencies and revealed that the car simply wasn’t traveling as SSC believed.

Just how fast was the Tuatara on October 10?

Read Also: SSC Will Rerun The Tuatara At Top Speed To Silence Its Critics

To find out, Jason from Engineering Explained did the math, based on all the available data released by SSC about its runs. His conclusion is that due to a potential correction factor issue in the GPS systems used, the Tuatara was probably running between 224 mph (360 km/h) and 243 mph (391 km/h), nowhere near the claimed 331 mph (532 km/h).

So then, does this mean the Tuatara has absolutely no chance of snatching the production car top speed record away from the Koenigsegg Agera RS? Well, according to Jason, the Tuatara has a theoretical top speed 345 mph (555 km/h), so it’s certainly possible that the car can comfortably cross the 500 km/h barrier.

Will it actually happen? We will just have to wait and see for the car’s second top speed attempt.