Nissan might have provided us with another teaser of the upcoming 2021 Frontier, which appears to be making an appearance in the new Navara’s premiere video.

If you pay attention to the new Nissan Navara’s world premiere video at 11:46, you’ll see the company’s design team standing in front of various sketches of the new Navara but right next to them sits a much bigger sketch, showing the new Navara hanging out with what appears to be the new Frontier for the USA and Canada, and the new, or updated, Titan under the script “Next Trucks”.

The new Nissan Frontier for the USA and Canada is going to be a separate and bigger model from the new Navara, which frustratingly will continue to be sold as Frontier in markets like Mexico and South America.

The sketch shown here pretty much confirms our predictions about the front end design for the new Frontier, as the new truck features a more aggressive look with a big, almost square grille and modern LED headlights. It certainly manages to look different enough from the Navara, and slightly bigger but we could be wrong about that last part. 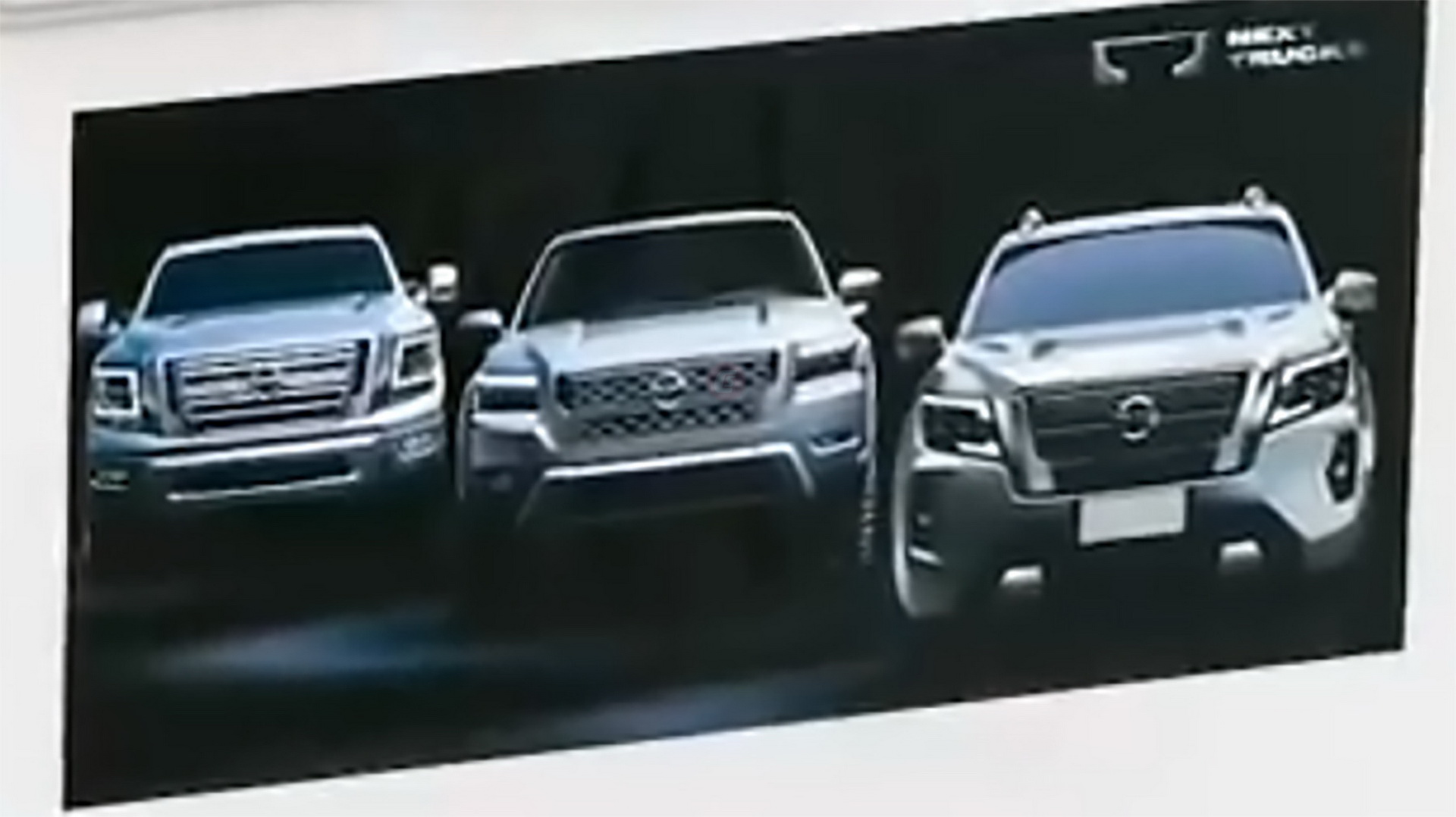 Nissan hasn’t released much information about the new Frontier for the USA and Canada, but it did say that their new truck will be powered by the same 3.8-liter V6 engine that was introduced in the 2020 Frontier, making 310 HP and 281 lb-ft (381 Nm) of torque. The engine will be paired to a nine-speed automatic transmission, which will make the new Frontier more fuel-efficient too.

We’ve already taken a peek inside the new Frontier as our spies managed to snap a few shots of its interior, which looks completely new and more modern, retaining however a utilitarian character.

The new Nissan Frontier for the US and Canadian markets is going to be produced at the company’s factory in Canton, Mississipi, and is expected to be revealed early next year. 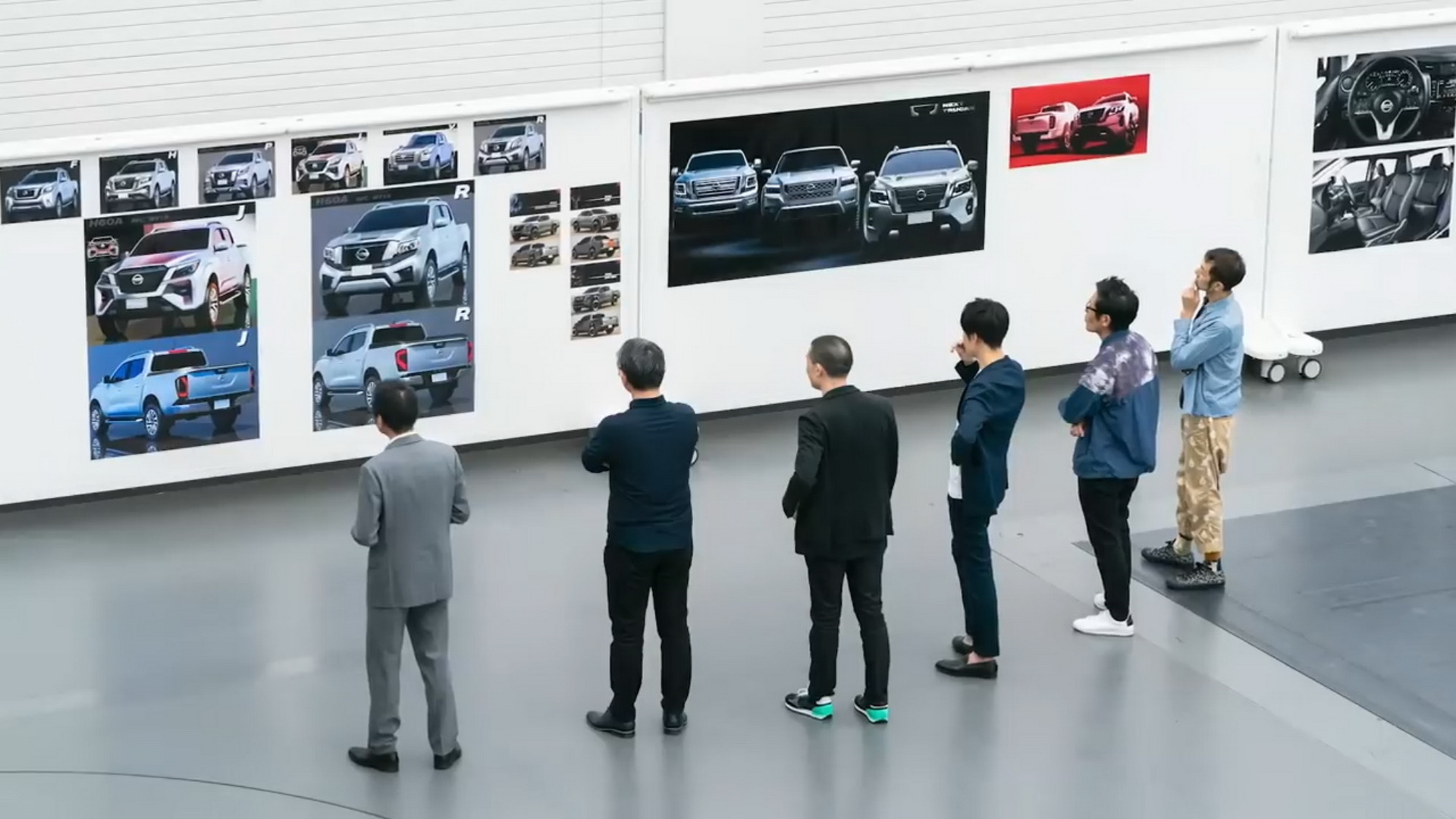