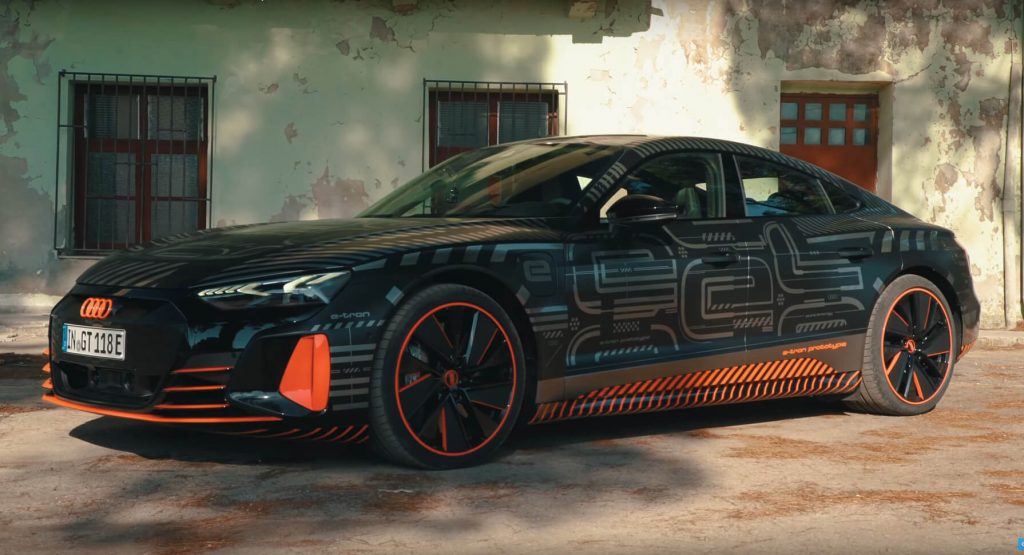 Audi invited journalists to the Greek island of Rhodes to drive the pre-production RS E-Tron GT before the EV debuts later on in the year.

Officially announced a month ago and teased a couple of weeks later, the range-topping variant of the upcoming E-Tron GT lineup will make feature two electric motors, one at the front and one at the rear.

The electric sports sedan has a two-speed gearbox, with the first gear keeping it at under 80 km/h (50 mph), and a 93 kWh (83.7 kWh) battery that supports fast charging.

Positioned as a zero-emission alternative to the RS7, it is wider and lower, but has about the same length. The roofline is more sloping at the rear, which drastically cuts into the headroom for backseat occupants, but legroom is quite decent.

Now, the video shared below doesn’t show the skin of the RS E-Tron GT, nor its cockpit design, because journalists weren’t allowed to. Nonetheless, they did put the car through its paces, recording the 0-60 mph (0-96 km/h) sprint and quarter-mile time using a third-party device before taking it out for a short spin on the narrow roads of the Greek island.