Luxury automakers have been teaming with phone companies for years, and these partnerships have spawned interesting and often overpriced oddities.

That’s ¥4,000 ($599 / £458 / €511) more than the standard Galaxy Z Fold 2 and it’s a hefty price to pay as there’s apparently nothing special about the phone itself. Instead, the companies throw in a handful of extras including a Galaxy Watch 3 LTE and some Aston Martin Racing accessories such as a hat, a shirt and a leather case. 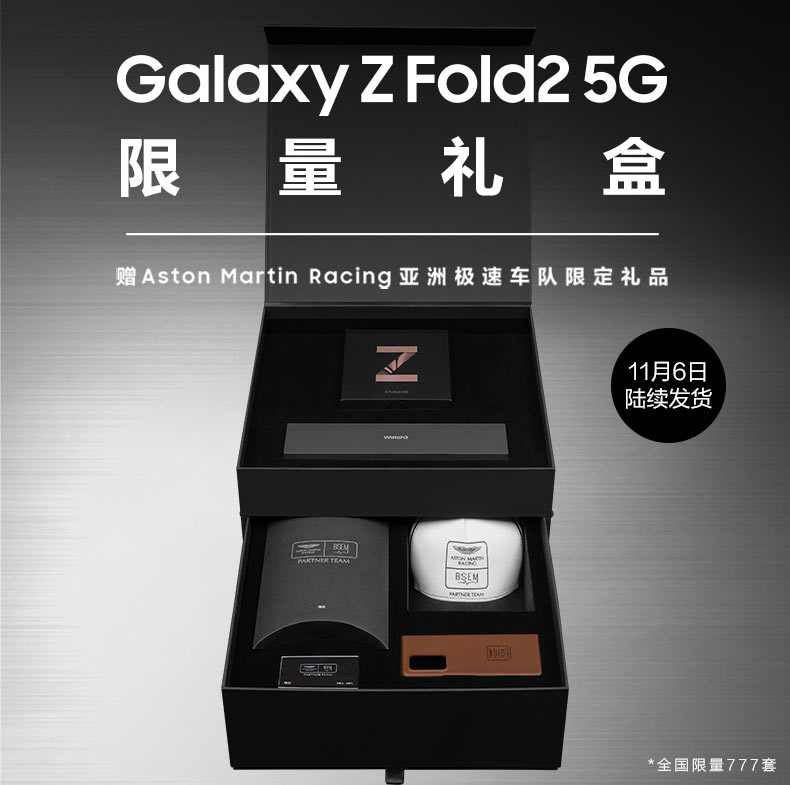 That’s a lot to pay for a foldable phone and a miscellaneous box of merchandise, but the special edition does come with a rather fancy box that would be a hit with the ‘unboxing crowd.’ Of course, even people who watch unboxing videos probably aren’t bored enough to care about the Galaxy Z Fold 2 Aston Martin Racing Edition.

If the high price tag and lack of specialness hasn’t dissuaded you, the special edition phone is available from Tmall and is scheduled to ship on November 6th. That being said, if you want to save a buck and don’t care about the clothes, you can pick up an official Aston Martin iPhone 7 case for a little as $6.55.